Origins of The Wheel of Time is now available

The new book about the myths that inspired The Wheel of Time is published today. 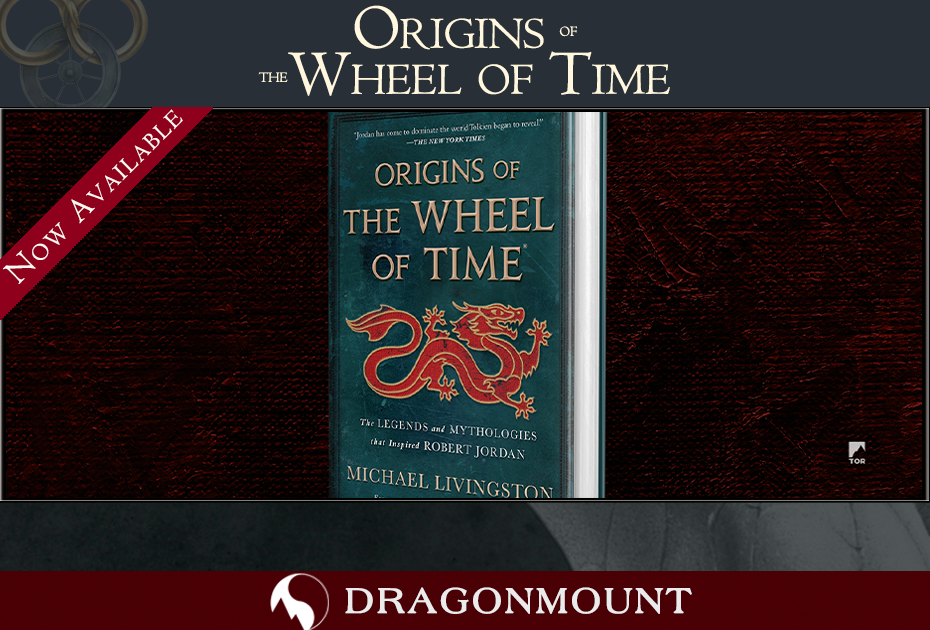 Explore never-before-seen insights into the Wheel of Time, including:

Take a deep dive into the real-world history and mythology that inspired the world of Robert Jordan’s The Wheel of Time®. Origins of The Wheel of Time is written by Michael Livingston, Secretary-General of the United States Commission on Military History and professor of medieval literature at The Citadel, with a Foreword by Harriet McDougal, Robert Jordan’s editor, widow, and executor of his estate.

This companion to the internationally bestselling series will delve into the creation of Robert Jordan’s masterpiece, drawing from interviews and an unprecedented examination of his unpublished notes. Michael Livingston tells the behind-the-scenes story of who Jordan was, how he worked, and why he holds such an important place in modern literature.

Origins of The Wheel of Time will provide exciting knowledge and insights to both new and longtime fans looking to either expand their understanding of the series or unearth the real-life influences that Jordan utilized in his world building—all in one, accessible text.

Fans are also anticipating the reveal of Nakomi's backstory, one of the remaining mysteries from The Wheel of Time. The book also includes a new world map with changes to the Seanchan continent from Robert Jordan's edits that were never before incorporated.

Origins of The Wheel of Time is available for order in ebook format from the Dragonmount store. You can also order print and ebook copies from Barnes & Noble, Amazon, or your local independent bookseller. The audiobook is available from Macmillan Audio. There's also special UK editions from Broken Binding and Inkstone Books.

If you missed our interview with Michael Livingston check it out:

Who's looking forward to reading this book? Please let us know what you think in the comments below (but please avoid spoilers for now).