Check out our Interview with Michael Livingston

Interview with Michael Livingston, author of Origins of the Wheel of Time (which comes out November 8th!) 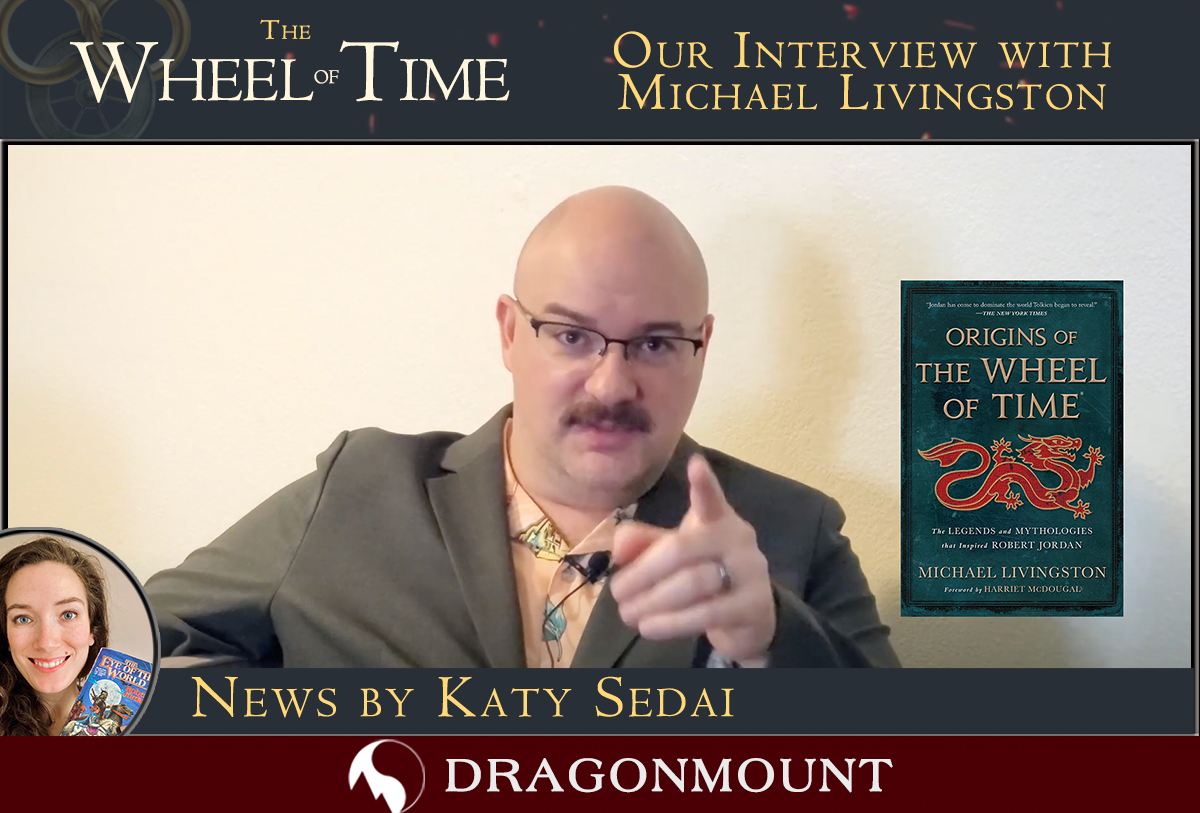 Everyone here at Dragonmount is excited for tomorrow's release of Michael Livingston's Origins of The Wheel of Time. Thom interviewed Michael Livingston back in April 2022 while at JordanCon and we are finally able to share it!

The audiobook versions will include some very special pieces that were recently revealed. There will be a foreword written and read by Harriet McDougal, Robert Jordan’s widow and editor, a letter read by Michael Livingston, and an interview with Rosamund Pike about her inspiration for Moiraine on the Prime Video TV series. In addition, Kate Reading and Michael Kramer will be reading parts of the audiobook as well.

Origins of The Wheel of Time is available for pre-order in ebook format from the Dragonmount store. You can also pre-order print and ebook copies from Barnes & Noble, Amazon, or your local independent bookseller.