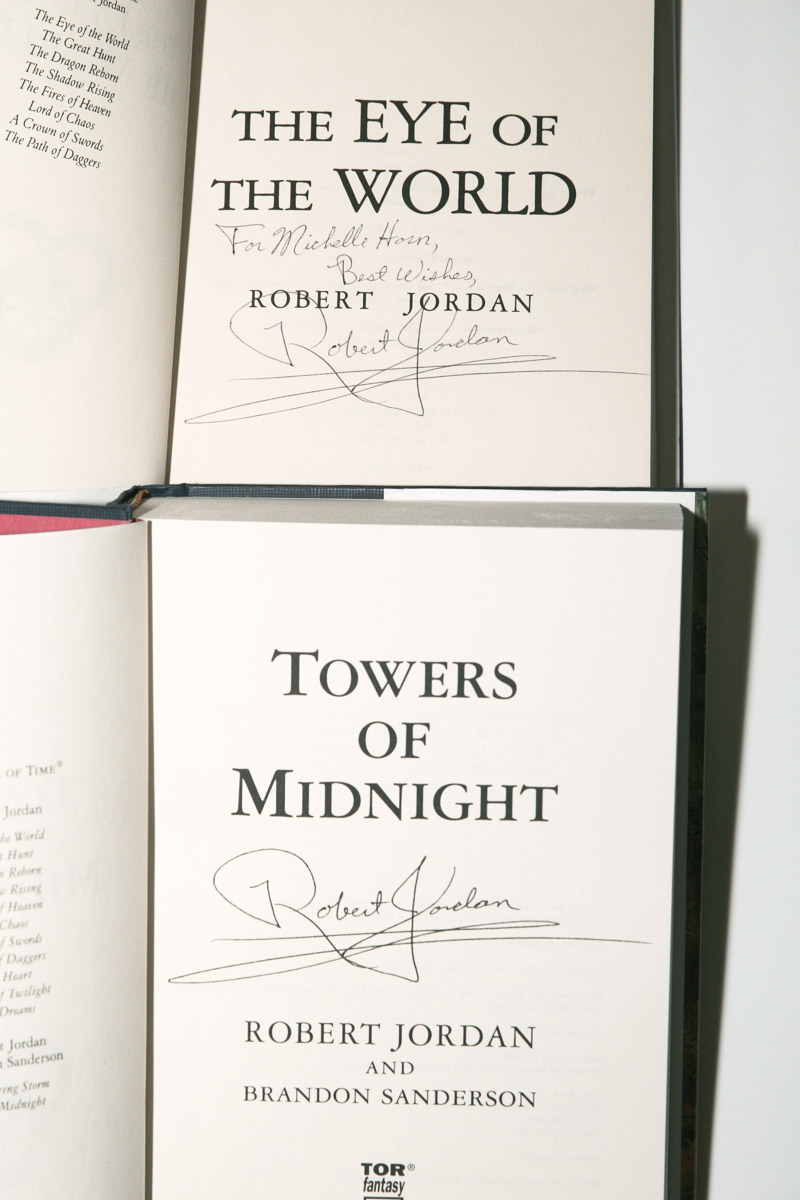 It wasn’t long after Brandon Sanderson had agreed to finish Jim’s (aka Robert Jordan's) work that he made it clear that he wanted his name to fall under Robert Jordan on the book. His wish was even more proof to me that Brandon was the right man for the monumental task. I offered that with the by-line we might also insert a Robert Jordan autograph. Brandon agreed.

So began the search through my Robert Jordan signatures for the perfect copy that I could scan and email to TOR. Michelle Horn, a coworker of many years, and fan girl long before that suggested that she had just the book.

In the early 2000s, I was visiting in Charleston, the Two Rivers. Jim and I were in his office late in the afternoon. I recalled that Michelle didn’t have a signed copy of The Eye of the World or any other of Jim’s works for that matter. I asked Jim if he could sign one for her. He took a copy off his writing desk and signed "For Michelle Horn, Best Wishes, Robert Jordan." All these years later, Michelle handed me her cherished book to see if the autograph would work. It was perfect. Then, the significance of that signature hit me: it was in the first book, it was from Jim’s collection, it was signed on his writing desk, and I was privileged to watch him do it. Still, the best laid plans can and will go awry. In the whirlwind of events to get The Gathering Storm to press, a file copy was accidentally substituted for the signature I sent. It’s a great example of Jim’s strong signature, but carries no real personal connection. With the help of Harriet and Paul Stevens at TOR that error is now corrected. What was will be. The Wheel turns and the signature that is in the first will be in the last.