Season 2 of The Wheel of Time has begun filming. 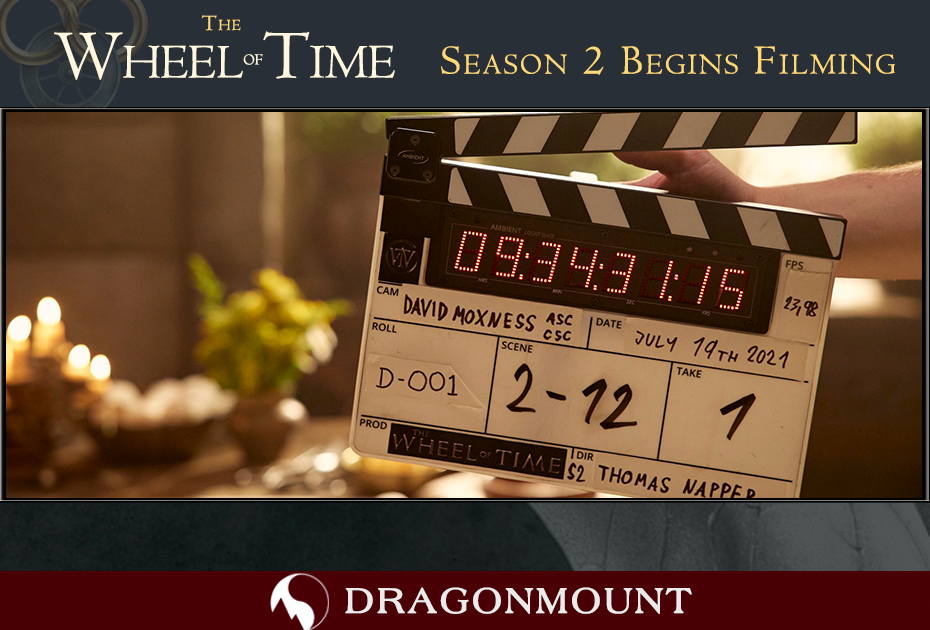 Amazon announced today via their official Wheel of Time Twitter account that production has begun on Season 2 of their upcoming TV show.

Season 1 of the show has not aired but a specific release date is expected soon, perhaps as early as this weekend when showrunner Rafe Judkins will be part of the 2021 Comic-Con@Home convention.

No additional details about Season 2 are known yet other than the title of the season's first episode ("A Taste of Solitude"). That episode is written by Amanda Kate Shuman and directed by Thomas Napper.

It's not uncommon for modern TV shows to begin filming their second seasons before the first airs. Like season 1, season 2 is expected to have a long-running production and lengthy post process in order to accomodate the large number of visual effects.  But the fact that season 2 is now underway shows that Amazon and Sony are confident in what they've seen so far from season 1.

Are you excited for the show? Tell us in the comments, join us on social media, or start up a discussion in our forums!