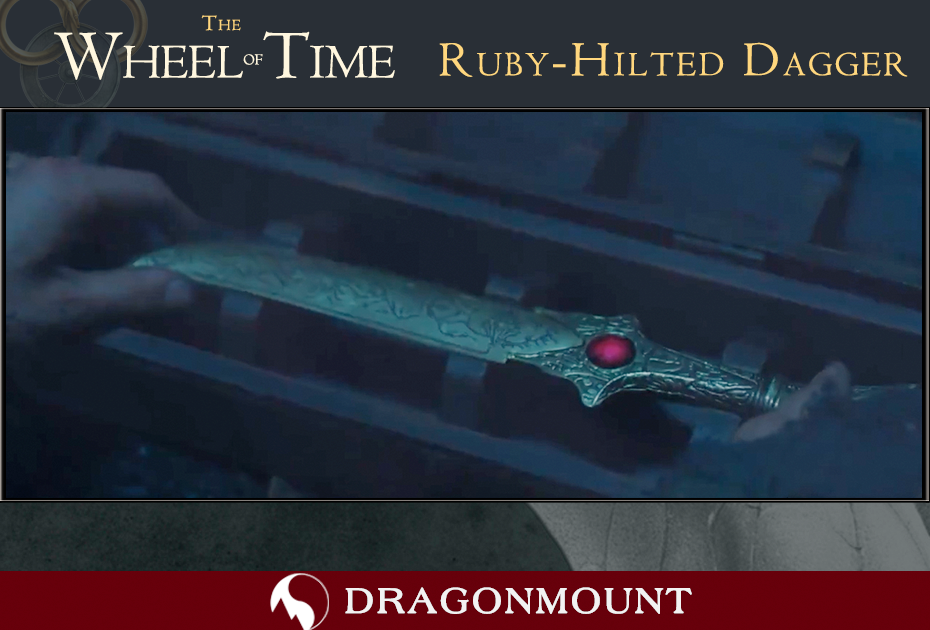 It's #WoTWednesday and @WoTonPrime didn't disappoint.  A new video released today showed us our first look at Mat's ruby-hilted dagger.  Here's the clip:

Where the Shadow waits. pic.twitter.com/Y1WS0HFwqr

The script says: "He moves toward it, blowing dust away.  The iron is rusted and decayed, and CRACKS away as he OPENS the case --

-- and inside, he sees something protected from the ravages of time -- A RUBY-ENCRUSTED DAGGER.  It must be worth more than anything he's seen before.  He picks it up, looks at it, and then --"

Here's an image of the dagger from the clip: 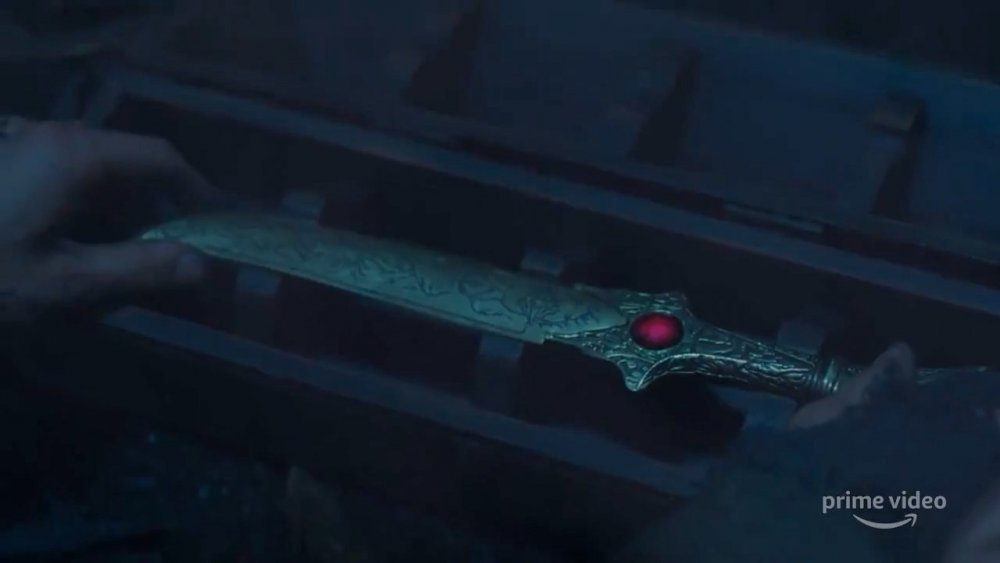 Jason Denzel posted some commentary on Twitter, outlining the differences between the description in the book, as well as the chapter icon featuring the dagger.

We can see some changes in the designs.  This is the Museum Replica, approved by Robert Jordan: 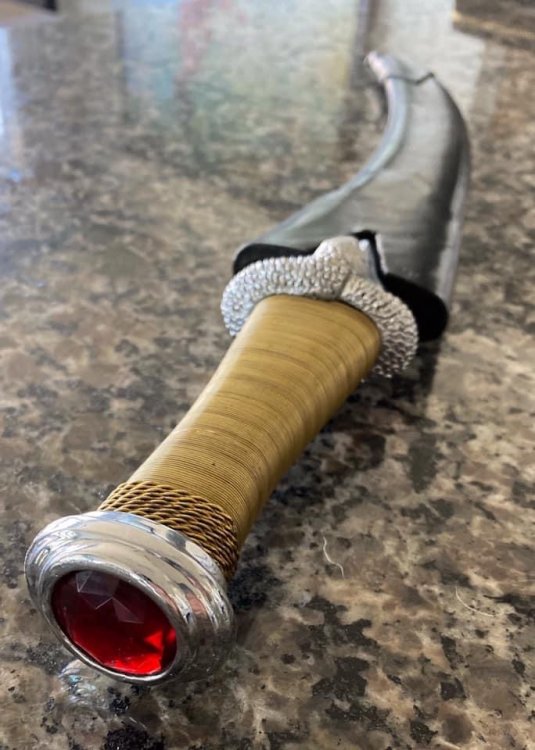 Jason's arguments for the changed position of the ruby make logical sense.  The thing that gave me chills was the voice of Barney Harris--who plays Mat Cauthon--saying "Alright, let's make a deal."  Who is he talking to?  Mordeth?  If so, he doesn't sound scared.  Also, it seems the dagger isn't in the treasure room as it was in the books, and it wasn't grabbed almost by accident when Mordeth blows up.  Mat taking the dagger here is more calculated and intentional.  And what type of deal is he trying to make?  Is he willing to give up something in exchange for the dagger?  Does he know the dangers that come from it in this turning of the Wheel?

I think I speak for a large portion of the fandom when I say how much Mat grows on the reader.  Hearing his voice makes the television show so much more real to me.  I will die on the hill of worshiping Daniel Henney--I'm a Lan girl, through and through--but Barney Harris is an incredibly close second.

How do you anticipate Mat's taking the dagger will change events of the story?  If he knows the cost of the dagger, would he still take it?  Let us know what you think in the comments below.