First look at The Wheel of Time on Amazon Prime

Entertainment Weekly releases the first look of The Wheel of Time cast in epic photoshoot. 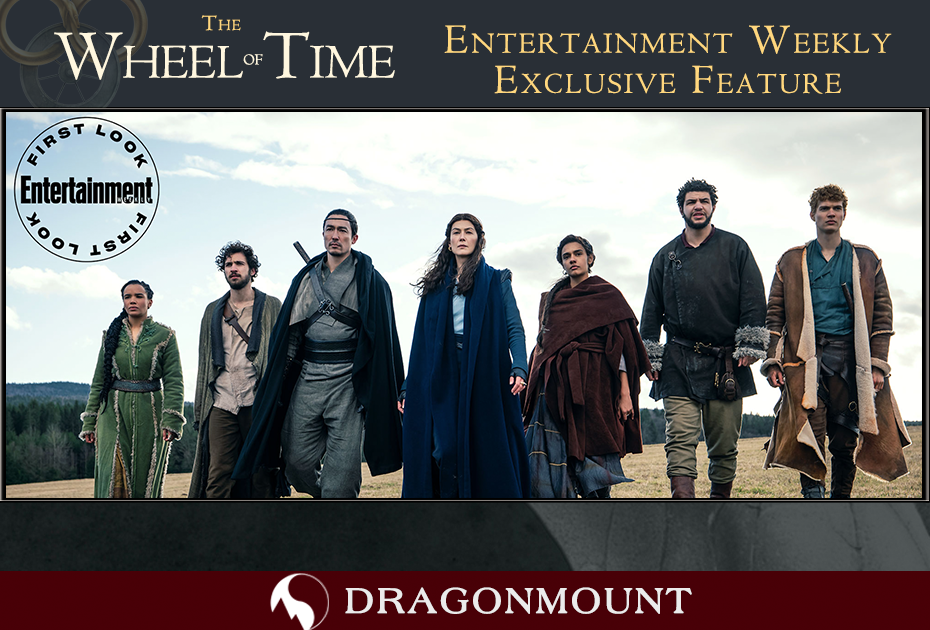 We finally have our first extensive look at Amazon Prime upcoming TV show, The Wheel of Time. The Entertainment Weekly September issue features an exclusive article with photos of the main cast in costume. This is our first peek at many of the main characters we all know and love.

Inside the article, showrunner Rafe Judkins describes the process of bringing the book series to life, and the article compares the book length against other popular fantasy series.

“We literally built Shadar Logoth from scratch just for 15 minutes of airtime, because it’s that important to the series,” Judkins says of the infamous abandoned city, which is haunted by such dark energy that even the monstrous Trollocs hunting our protagonists fear to tread there. “That’s where is becomes very clear it’s not just the forces of good and evil. There are lots of different angles.”

The photos are all stunning and have us fans swooning all over social media. 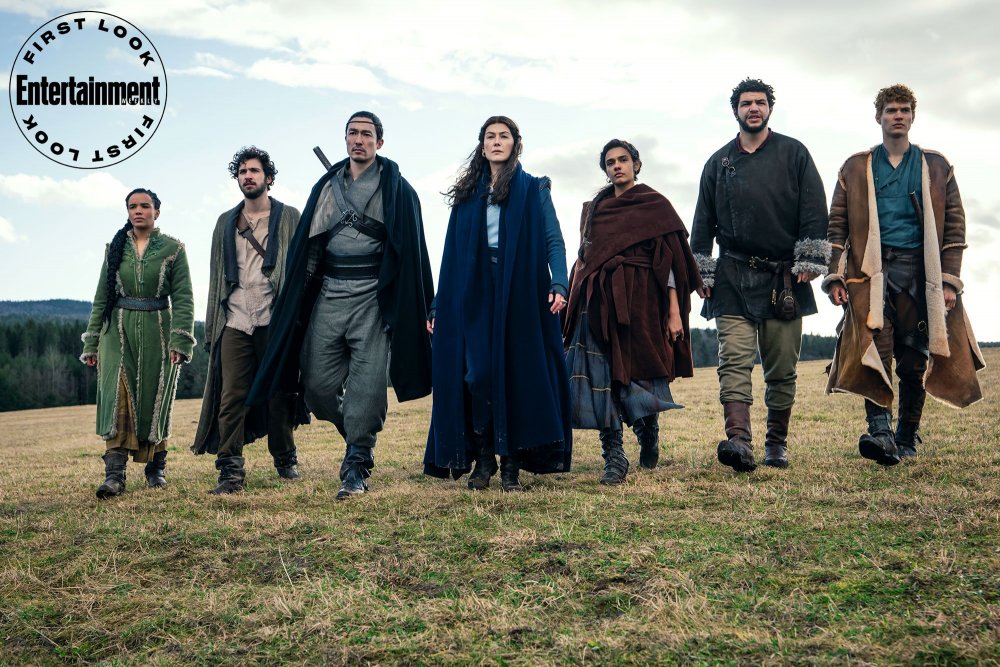 The shot of the Emond’s Field Five, includes Zoë Robins as Nynaeve, Barney Harris as Mat, Daniel Henney as Lan, Rosamund Pike as Moiraine, Madeleine Madden as Egwene, Marcus Rutherford as Perrin, and Josha Stradowski as Rand. The magnificent seven look travel worn and their costumes look lived in.

We also see a photo of Moiraine and Lan entering the city of Shadar Logoth, with the city feeling especially creepy. 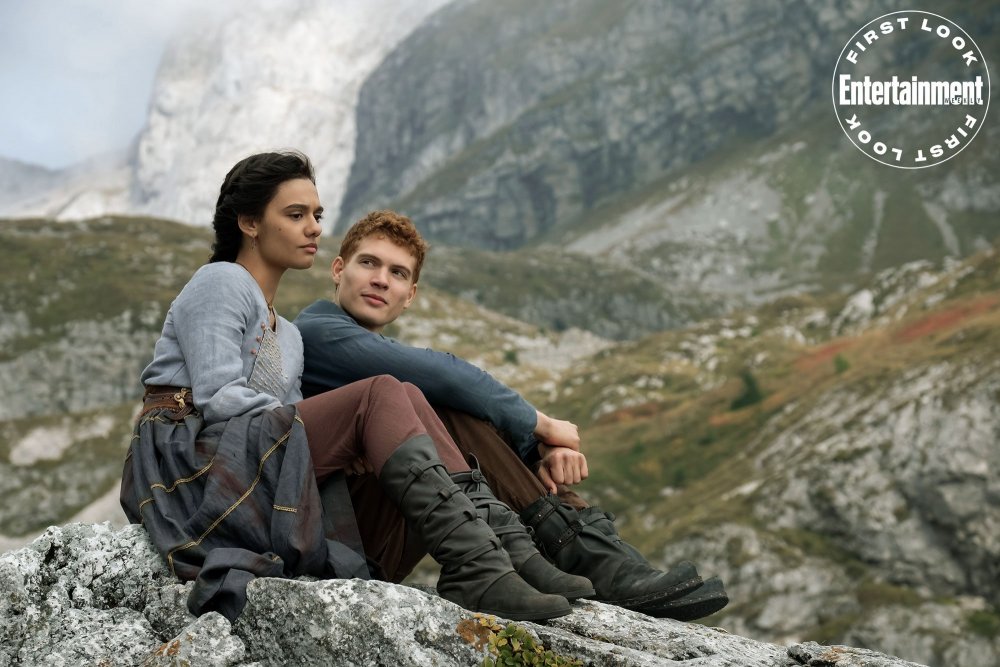 The article includes a shot of Rand and Egwene sitting in the mountains giving us a hint at their complex relationship. 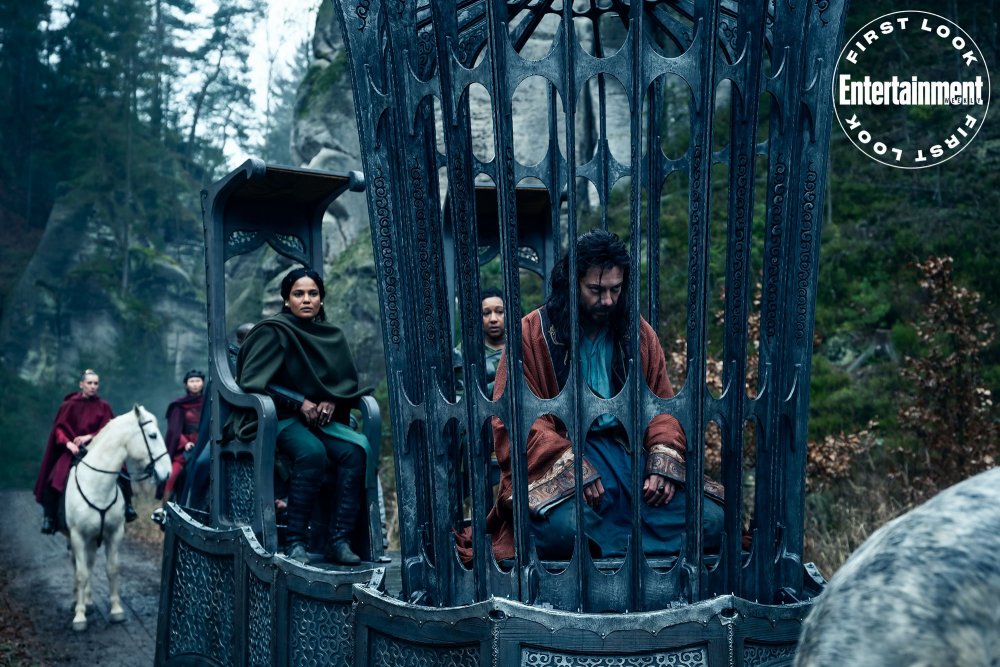 And an incredible shot of Priyanka Bose as Alanna with Álvaro Morte as Logain locked in an elaborate cage.

You can read the article here and the magazine will be on newsstands August 20th, 2021.

These photos are gorgeous and give us just a hint of what to expect from the TV show this November! For more about the upcoming TV show, visit our TV info page.

What do you think of the EW article and the images they shared? Let us know in the comments or on our forums!