When casting a show, do producers care about character descriptions or acting ability? 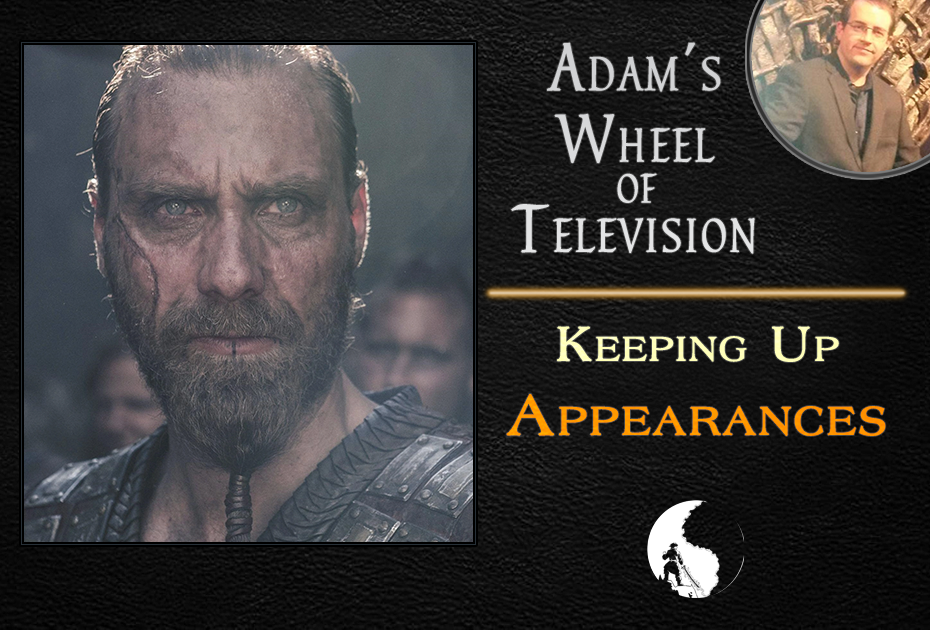 To everyone’s relief, Amazon have confirmed that four important characters from the Wheel of Time novels will be in the TV series: Loial, Logain, Padan Fain and Thom Merrilin have made the cut!

The actors playing them will probably be not hugely familiar to audiences. Alvaro Morte (Logain) has appeared primarily in Spanish film and television whilst Hammad Animashaun (Loial) is a relative newcomer. Johann Myers, who is playing Padan Fain, has had a longer career and will be familiar to British viewers from series such as State of Play, Black Mirror and Luther.

Most of the casting speculation for the last few weeks – including our own – has focused on Thom Merrilin. Some fans and commentators even mused if Thom could be cut from the show altogether, or perhaps introduced later on in a different context. Happily, it seems that Rafe Judkins and his team decided they needed the gleeman up front and center, and cast Danish actor Alexandre Willaume in the role. Willaume has appeared in films such as Valerian and the City of a Thousand Planets and last year’s Tomb Raider, but is best known for playing Kjartan, one of the main antagonists in the first two seasons of the excellent historical drama The Last Kingdom (well worth catching on Netflix if you haven’t seen it yet). This is appropriate because some twenty years pass between Kjartan’s appearance in the first episode and his last appearance (note: both videos have violence and some strong language) in Season 2, and he is aged up for the role.

This leads to an interesting and wider question about adaptations of the written work. Fans of all franchises appear to be constantly bemused that producers don’t cast actors more precisely based on their book descriptions, sometimes choosing actors of a radically different height, age, appearance or, in some cases, gender. This leads to frustration that the producers “don’t get it” or are “changing things for the sake of it,” and to be fair unsuccessful adaptations like The Shannara Chronicles or Earthsea show that this sometimes happens. In other cases – such as the currently shooting TV series based on Terry Pratchett’s Discworld novels, The Watch – the producers have taken the view that the source material is something they can mix and match to produce something new. This sometimes works (as with Dirk Gently’s Holistic Detective Agency) but sometimes doesn’t (like SyFy’s Dresden Files).

Fans of Game of Thrones, particularly fans of the books who kept abreast of the casting news in early and mid-2009 as the show prepared to shoot its pilot, will remember this well. There was widespread dismay when it was announced that Mark Addy had been cast as King Robert Baratheon. Addy was a good ten years older than the character and, whilst Robert was six foot five and a giant of a man, Addy was almost a clear foot shorter. These concerns were eventually alleviated when the show hit the air: Addy received widespread praise for his dramatic, gruff performance. He made you believe he’d once been a powerful, formidable warrior now gone to seed.

The reason for not casting strictly according to the books is mainly practical: if you get down to five or six on an audition shortlist, do you go with the actor who gave the better, more convincing performance or the actor who is exactly the same height as the character in the book but was a less convincing performer? Producers and casting directors will always follow the performance first, the details later. In some cases, they know these details can be taken care of through costuming, or getting the actor some bigger shoes, or (in extremis) they can stand on a box in some takes.

In some other cases the author may give a description of a character in a book without fully thinking through the details: Tyrion Lannister is described as quite ugly in the Song of Ice and Fire novels, but he is also charming, charismatic, witty and good at talking to people and winning them over, all of which would be less convincing on screen if he was actively hideous to look at. The producers decided to the cast the decidedly handsome Peter Dinklage rather than staying true to the books.

In the case of Thom Merrilin, the producers had to balance practical issues with storytelling ones with faithfulness to the book. They were also helped by Robert Jordan’s vagueness over Thom’s age. We are told that Thom has white hair and people express surprise at his spryness “for his age.” Morgase also muses that Thom was “twice her age” at one point in their relationship (The Fires of Heaven), probably – from context – during the year between Taringail’s death and Thom’s departure to help Owyn (984-85 NE). Morgase was 27-28 during that year, so Thom would have been around 54, and thus 70 when the events of The Eye of the World begin in spring 998 NE.

However, The Eye of the World contradicts this by saying that Thom “was in his prime,” which I would submit would not be a descriptor for someone in their mid-to-late fifties. Robert Jordan’s voluminous notes, which he began developing in earnest around the time of A Crown of Swords, also show a later change of heart, noting instead that Thom is 19-20 years older than Morgase. This would have made Thom around 46 during their relationship and about 60 during the events of The Eye of the World.

It may even be that Robert Jordan considered making Thom younger. Thom is physically very capable, still doing tumbling tricks and more than holding his own in battle. Rather memorably, he takes on a Myrddraal in hand-to-hand combat and survives, something not even Lan can boast off (true, the Myrddraal was in a hurry and had no time to stay and fight, but still a notable achievement). Thom is also a big hit with the ladies, having relationships with women not only in their forties, but, in the case of Dena in The Great Hunt, in their twenties. Are there charismatic, handsome men in their sixties who can pull those things off? Sure, but making him even a few years younger does make all of those accomplishments more plausible. It's notable that Team Jordan did not canonise the information in Jordan's notes in The Wheel of Time Companion, perhaps preferring to keep things vague and up to the reader's interpretation.

In this case, the choice of actor is a good one. Willaume turns 47 this month and, as we saw in The Last Kingdom, can be aged up pretty well as required. More importantly, he’s a good actor and I’m sure will bring the required skills and more: he plays guitar and has been a musician in multiple bands. He’s also sung on stage in the Danish musical version of Shrek (he played Donkey), so he has those skills down as well.