Adam's Wheel of Television: How to Adapt a Saga

It takes a lot to adapt a complicated book series to the screen. Our TV blogger Adam Whitehead goes over some possible approaches. 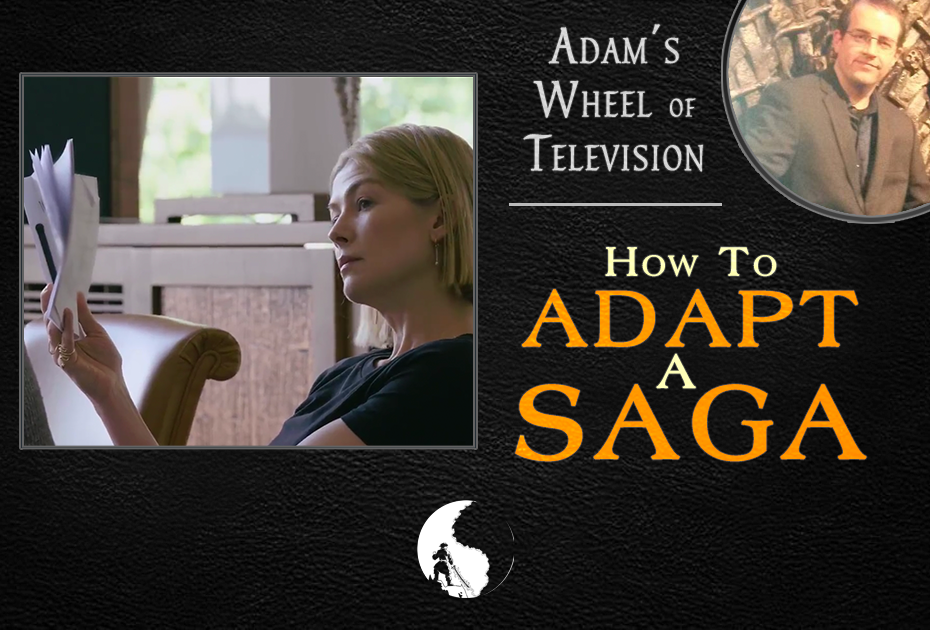 How do you transfer a story from the pages of a novel or comic to the TV or film screen? It’s an interesting question, one asked many hundreds of times over the last century or so, and one which has never really gotten a reliable answer. Some films have used the book only as light inspiration, with the same basic premise and maybe some character names but otherwise doing their own thing. This paid off with films like Jaws and The Godfather, but not so much with Shannara or Earthsea. Others have slavishly adapted the source text almost line by line, but this has also backfired with the likes of Zack Snyder’s Watchmen.

It appears that the best way of adapting a book to the screen is to take the story, characters and story and transfer them, but also being aware that a screen story needs to be more streamlined than a novel. Where a novel can sprawl luxuriantly and bring in dozens of new characters at will, a film or TV show can’t afford to do that. Where a novel can pause and delve deep into a character’s internal monologue to show their thoughts and reactions to an event, a visual adaptation can’t do that without resorting to cheesy voiceovers (viewers of David Lynch’s Dune will be aware that this doesn’t really work either).

One approach, favoured by Peter Jackson, Fran Walsh and Philippa Boyens in their adaptation of The Lord of the Rings, is to strip the story down to basic tacks and then rebuild it for the screen. For Rings, they decided first what was the story actually about: clearly, this was the Ring and Frodo’s quest to destroy the Ring in the fires of Mount Doom. That wasn’t enough story to fill a trilogy, so they began with this story as the core and kept adding more elements back in from the book. They needed a major subplot, so just used that from the books: Aragorn leading the people of Rohan and then Gondor into battle and his quest to become king. A primary cast was needed, so the cast from the books was added, with a strong focus on the Fellowship, and subplots for each character. In this way they rebuilt the story using the same ingredients, but being aware of the limitations of the medium. By the time they got to the Scouring of the Shire and Tom Bombadil, they were aware they were exceeding the time limit and budget of each movie and made the painful choice to remove them. They also simplified other elements for time, such as using the Army of the Dead to save Minas Tirith rather than using them to liberate the port of Pelargir and then transport Gondor’s southern army to the battlefield; the latter idea (from the novels) would have required considerable exposition, more time and more money to work on screen.

This process was mostly successful, which makes it more disappointing that for the Hobbit trilogy it was abandoned (due to studio interference requiring three three-hour movies out of the very slim source material, to Jackson’s distress, according to some sources).

A similar process was used for the early seasons of Game of Thrones, although this was complicated by the source material being incomplete. In the case of Thrones, it seemed that the first half of the series, which adapted the first three novels relatively faithfully, was very successful and the latter half, which was based more on very loose outlines and chose to mostly ignore the fourth and fifth books, was much more critically mauled.

For such adaptations there seems to be a thin line between the necessary creativity and invention to transfer a story from one medium to another, and outright hubris where a scriptwriter feels he or she is better than a novelist who has already enthralled millions of readers for decades and starts making changes for changes’ sake and to put his or her stamp on the story. The upcoming Watch TV series, based on Terry Pratchett’s Discworld novels, has been open about using the books as a very loose inspiration for the show, which will feature Pratchett’s characters in dramatically different situations and roles to the novels. It will be interesting to see how both fans and general viewers react to such a reinvention.

How The Wheel of Time handles this remains to be seen, of course. 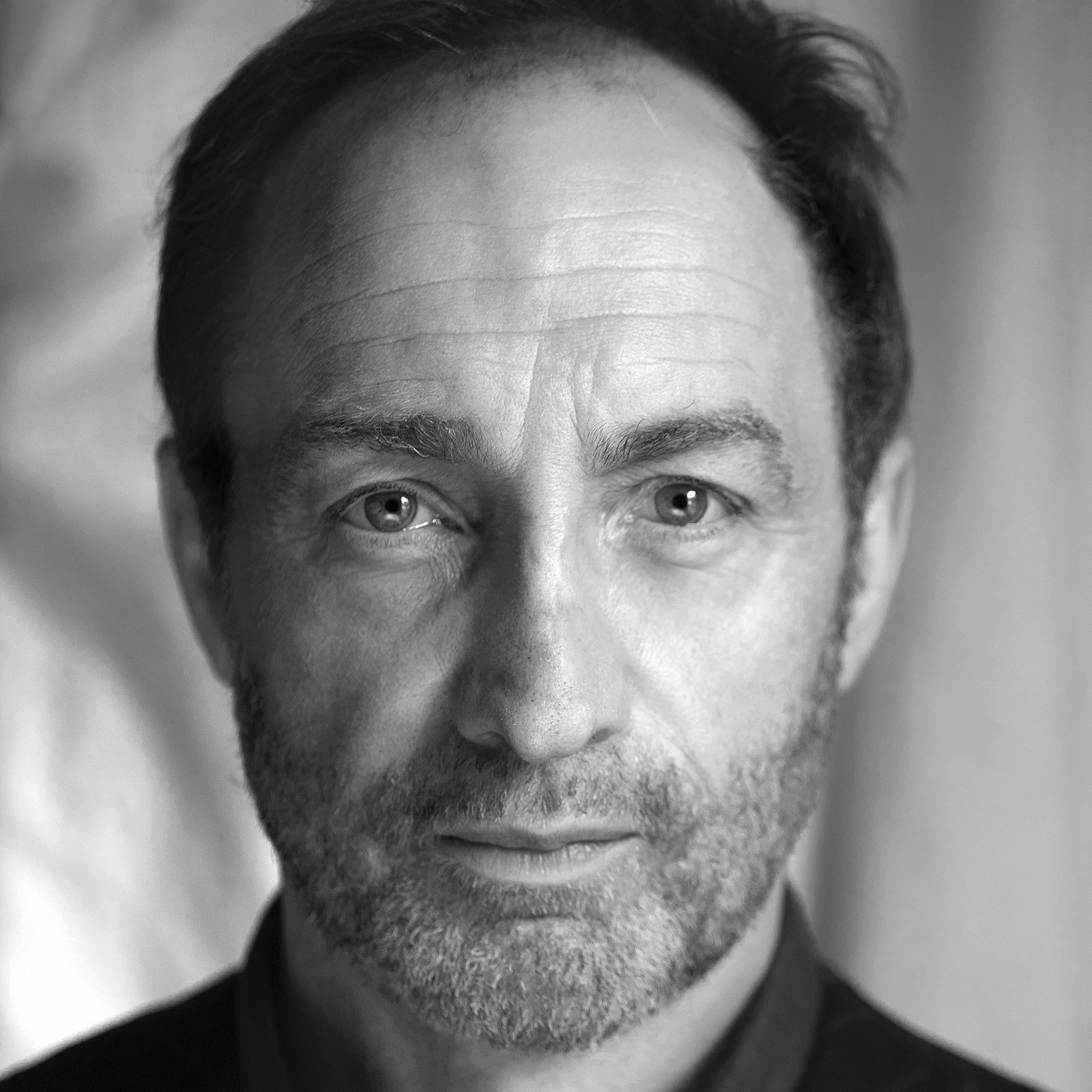 In other news this week, Amazon decided to confirm what they’d already revealed a few weeks ago, via the table-read for the series: Irish actor Ian McElhatton has been cast in The Wheel of Time. However, they also confirmed what role he will be playing: Tam al’Thor, Rand’s father and all-round good egg, a brave and honourable soldier, devoted husband and father, capable farmer and a skilled swordsman. It’s a nice reversal of roles for McElhatton, who for many years was best-known for playing the devious and sly Roose Bolton on Game of Thrones. McElhatton’s interpretation of the character was different to the novels (where Bolton is more clearly a villainous wrong ‘un, fond of being leeched to take away imagined toxins and treating everyone with disdain), but still a ruthless, amoral power-grabber whose biggest mistake was trusting his psychotic son, Ramsay, with too much power.

McElhatton now gets to play arguably one of the most upstanding, honourable and capable characters in the whole series. It is interesting they went with a known name for the role, as, if true to the books, it may be a couple of seasons before we touch base with the character again. McElhatton’s profile has increased since Game of Thrones, with him being cast in HBO’s critically-lauded mini-series Chernobyl earlier this year and I imagine he could take his career in any direction he chose.

Rafe Judkins did note that his first instinct was not to cast anyone who’d been in Game of Thrones, but he overrode that decision because McElhatton nailed his audition. Given how Thrones used up a sizeable portion of the English-speaking acting talent available in the UK (from where Wheel of Time is drawing a lot of its cast), it’s also unlikely this is the last time we see a doubling up of actors who’ll have been in both productions.