The WoT fan community prepares itself for the arrival of new blood. 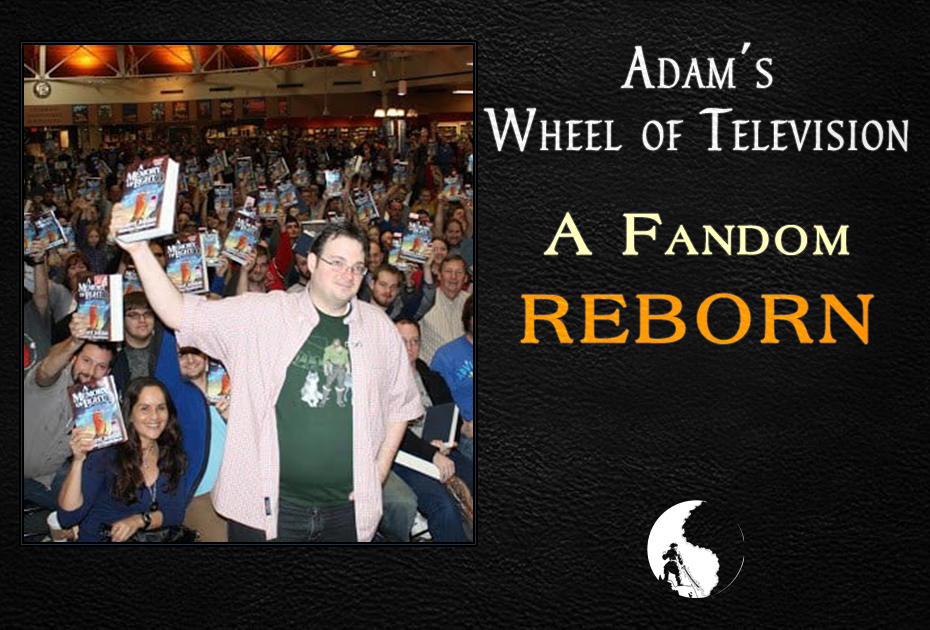 The arrival of the Wheel of Time TV series marks an interesting time for the fandom. The Wheel of Time has always had a passionate and fervent fanbase, ever since The Eye of the World arrived to strong sales in January 1990. It was one of the first epic fantasy series to benefit from the emergence of the Internet, with fans debating theories and swapping plot ideas on CompuServe and in early chat rooms before moving onto forums like Wotmania, Theoryland and, of course, Dragonmount.

The Wheel of Time fandom has been traditionally friendly, welcoming and vibrant. Many couples have met through their fandom of the books and children have been born as a result. Other fandoms have splintered off: some of the earliest discussion of series like A Song of Ice and Fire, The Malazan Book of the Fallen and even Harry Potter can be found on ancient, archived Wheel of Time forums before those series acquired their own websites and followers.

The fanbase wound down a little after the final book in the series, A Memory of Light, was published in 2013. The years of theorising and musing came to an end and fans were able to see what they had guessed correctly and what they had not. Some fans have kept up some discussion, such as over the nature of the ending and how much material was in Robert Jordan’s notes and how much had to be created by Brandon and the editors, but for the most part the fandom entered a much quieter state.

Now it stands to be reinvigorated. Amazon’s Wheel of Time television series will bring millions of fresh fans to the series who have never heard the phrases “Aes Sedai,” “One Power” and, of course, “Easing the Badger.” Tor and Orbit will issue the books with new covers to tie in with the TV show, piled high at the front of your local bookstore or even supermarket, probably with some cover quote trying very hard not to mention Game of Thrones as a comparison point. Forums are bracing themselves for thousands, if not tens of thousands, of new members, and working out spoiler policies for newcomers. In some cases, this has already happened with early adopters rushing to read the entire series before the TV show hits (likely in early 2021).

This has happened before. The immense box office and critical success of Peter Jackson’s The Lord of the Rings trilogy saw even Tolkien’s supposedly-ubiquitous books sell an extra 50 million copies in just a few years (considerably more by now). When Game of Thrones debuted in 2011, George R.R. Martin’s A Song of Ice and Fire books had sold about 12 million copies. Last year, the books passed 90 million in sales, showing how having a huge TV show based on your books can impact their numbers. TV shows based on Philip Pullman’s His Dark Materials trilogy and Andrzej Sapkowski’s The Witcher series are due to arrive in the next two months (on HBO and Netflix, respectively), and the publishers of both are readying new tie-in editions of the books.

The Wheel of Time is already one of the biggest-selling epic fantasy series of all time. Its lifetime, worldwide sales are at around 90 million, roughly equal with A Song of Ice and Fire and Terry Pratchett’s Discworld series, so I’d expect the success of the TV show to catapult it over the 100 million line relatively easily. If the show is a success, Wheel of Time merchandise will become as unavoidable as House Stark bumper stickers and poster maps of Middle-earth. The Wheel of Time will go from that topic you keep trying to interest your real-life friends in to the hot show they’re eager to talk about every week (possibly whilst you lament the casting choice for Cenn Buie or the cutting of your favourite minor character).

We can expect new fan art, fanfiction and theories, this time about what or how the TV show is going to change things from the books. This might not quite be as intense as that for Game of Thrones – one benefit of The Wheel of Time already being complete – but it will still breath new life and new energy into the franchise and get the old fandom wheel turning again.

In other news, shooting is ongoing, although there’s been little to hint at what the cast and crew might be up to right now. Madeleine Madden did post a picture of her trailer door on Twitter whilst Daniel Henney (Lan) has been hitting up guitar shops and train stations in Prague on his days off and Josha Stradowski (Rand) has been getting into some classic literature. There’s also been a flurry of casting rumours, which we’re not going to get into until Amazon have confirmed the details.