The Wheel Turns: The Elder Scrolls 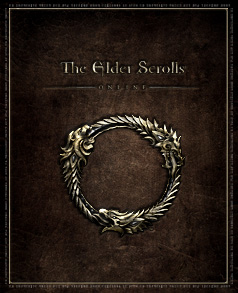 I really, really want to tell you all about The Elder Scrolls Online, the new massively multiplayer online role playing game from Bethesda Softworks which officially began yesterday, for those who preordered early access, and will be open for general play on Friday.

If you are unfamiliar with an MMORPG, they are like computer games that you play online, not just with your friends but with everyone else, in one huge world. Bethesda has previously created some excellent Open Sandbox style games, such as Morrowind, Oblivion, and Skyrim, all of which were truly excellent for developing and playing your own character in an RP style game, and for their great graphics and world settings. We are hoping for similar things in The Elder Scrolls Online.

Here is a trailer for it:

You can create a character, be it a mage, assassin, templar, or fearsome dragonkknight, complete quests, develop your characters skills, meet friends, join guilds, explore a truly gorgeous world (yes, I have the early access and visually, it is great) and generally have tons of fun.

If you've never tried an MMO, they're hugely popular, so maybe this will be your first.

If you've played them before, then what are you waiting for? Come join the action!