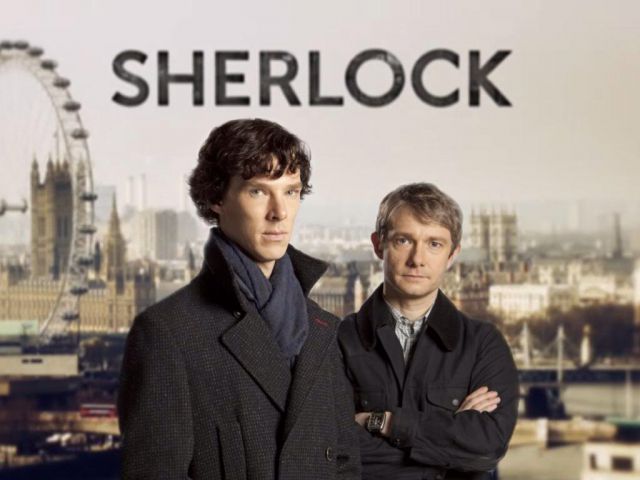 I hope you all had a good couple of weeks whether or not you observed a religious celebration, had a holiday, or if life went on as normal!

This week we are going to talk about something I got into over the winter holiday season, a BBC television series called Sherlock. It is a modern day adaptation of the character Sherlock Holmes, created by Sir Arthur Conan Doyle in the late 1800's and early 1900's, and the plot lines throughout the series often hold subtle homage to the plot lines of the original novels.

This is different from your ordinary television series in a couple of ways. Firstly, the seasons are very short, only 3 episodes each. Noticeably as well, the main actors are very well known for television work. Sherlock Holmes himself is portrayed very well by none other than Benedict Cumberbatch who has appeared in more than one high profile movie recently, notably Star Trek: Into Darkness. And his companion Dr. Watson is equally well depicted by Martin Freeman who you may recognize as Bilbo Baggins from The Hobbit.

I won't spoil any of the series for you, but it is intelligent, witty, personable, and it's adaptation into a modern day setting is well done. As a childhood reader of Conan Doyle's works, I am satisfied with this rendition of the characters and settings, whereas with the feature films of Robert Downey Jr. and Jude Law, whilst reasonable movies, I felt were not really true to the original works and would have been better served as their own animal.

Give it a go and see what you think! It isn't my favorite series ever, there are several that come to mind that I enjoyed much more (perhaps a future article on that!) but I would recommend it as worth a watch. I understand there is also an American take in the same character on-going presently called Elementary, but I have not seen it and have heard mixed opinions on it so far.