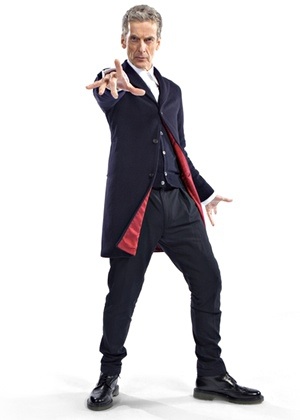 A noteworthy news item I spotted this week was the release of a still image of Peter Capaldi's Doctor Who costume. Capaldi will play the 12th incarnation of the Doctor and much has been made about the style he will bring to it--one perhaps more direct, action-oriented, and intimidating than his recent predecessors, David Tennant and Matt Smith. This week, the image below was the first to be leaked of the 12th Doctor all over the internet:

In light of this, I decided to look for a couple of other interesting Doctor themed internet items and came up with the following table of the first and last lines of each Doctor thus far.

And I also found on tumblr a collection of Tim Burton styled animated pictures of each Doctor.

I hope you are excited to see the new Doctor hit the screens, which is scheduled for Autumn this year.