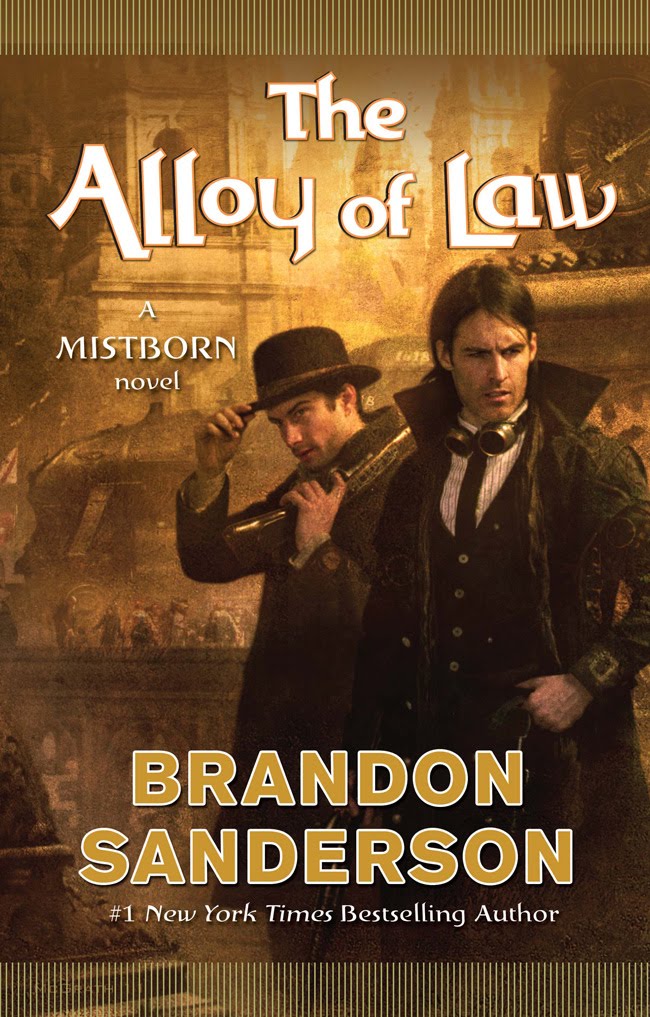 While we normally focus on Wheel of Time news, we did want to bring to everyone's attention a few items of interest concerning Brandon Sanderson's other books, as well as other fun things happening.

First up, Brandon Sanderson recently won a Gemmel award for his novel The Way of Kings, which was published last year. Towers of Midnight was also nominated. Brandon talks about it on his blog. Incidentally, instead of a trophy, he will be receiving an engraved battle axe. Pics or it didn't happen.

Speaking of awards, Writing Excuses, the podcast Brandon does with several other fantastic writers was recently nominated for a Hugo award. This is the second time a podcast has been nominated for this prestigious award. The Hugos will be awarded at this year's WorldCon, nicknamed "Renovation", which will be held in Reno, Nevada. For information about attending WorldCon or how you can vote on the Hugos, please see their website.

WorldCon will also have at least one Wheel of Time panel this year. Blogger Linda Taglieri and Jennifer Liang (That's me!) are confirmed Program Participants, along with Brandon and other writers, artists and fans. If you are planning to attend, make sure to stop by our forums and let us know.

In other Sanderson news, his new release Mistborn:" rel="external nofollow">http://www.amazon.com/Alloy-Law-Mistborn-Novel/dp/0765330423?ie=UTF8&tag=norths0b-20&link_code=btl&camp=213689&creative=392969">Mistborn: The Alloy of Lawhttp://www.assoc-amazon.com/e/ir?t=dragonmount&l=btl&camp=213689&creative=392969&o=1&a=0765330423" width="1" height="1" border="0" alt="" style="border:none !important; margin:0px !important; padding: 0px !important" /> is due this fall. If you've been following Brandon on Twitter, you know this book was originally a short story he was toying with while taking a break between Towers of Midnight and A Memory of Light. The story grew a bit bigger than he expected and is now being released as a short novel. The book is set about 300 years after the events of the Mistborn trilogy and follows new characters. Tor is releasing sample chapters on Tor.com so if you're curious, you can check it out.

Speaking of conventions, Dragon*Con is coming up! This is the eleventh year of Wheel of Time programming at this very large, annual convention in Atlanta, Georgia the first weekend of September. Maria Simons from Team Jordan is attending, as well as blogger Linda Taglieri and a host of other fan panelists. You can find out more about Wheel of Time programming at Dragon*Con here. If you are planning to attend, make sure you post about it in our forums.

Finally, NPR is doing a poll to determine what the best science fiction or fantasy novels are. You can nominate up to five books or series. It's all just for fun, but clearly if you are at Dragonmount, you probably think the Wheel of Time is pretty good. So do us a favor and take a moment to register and nominate your favorite series.