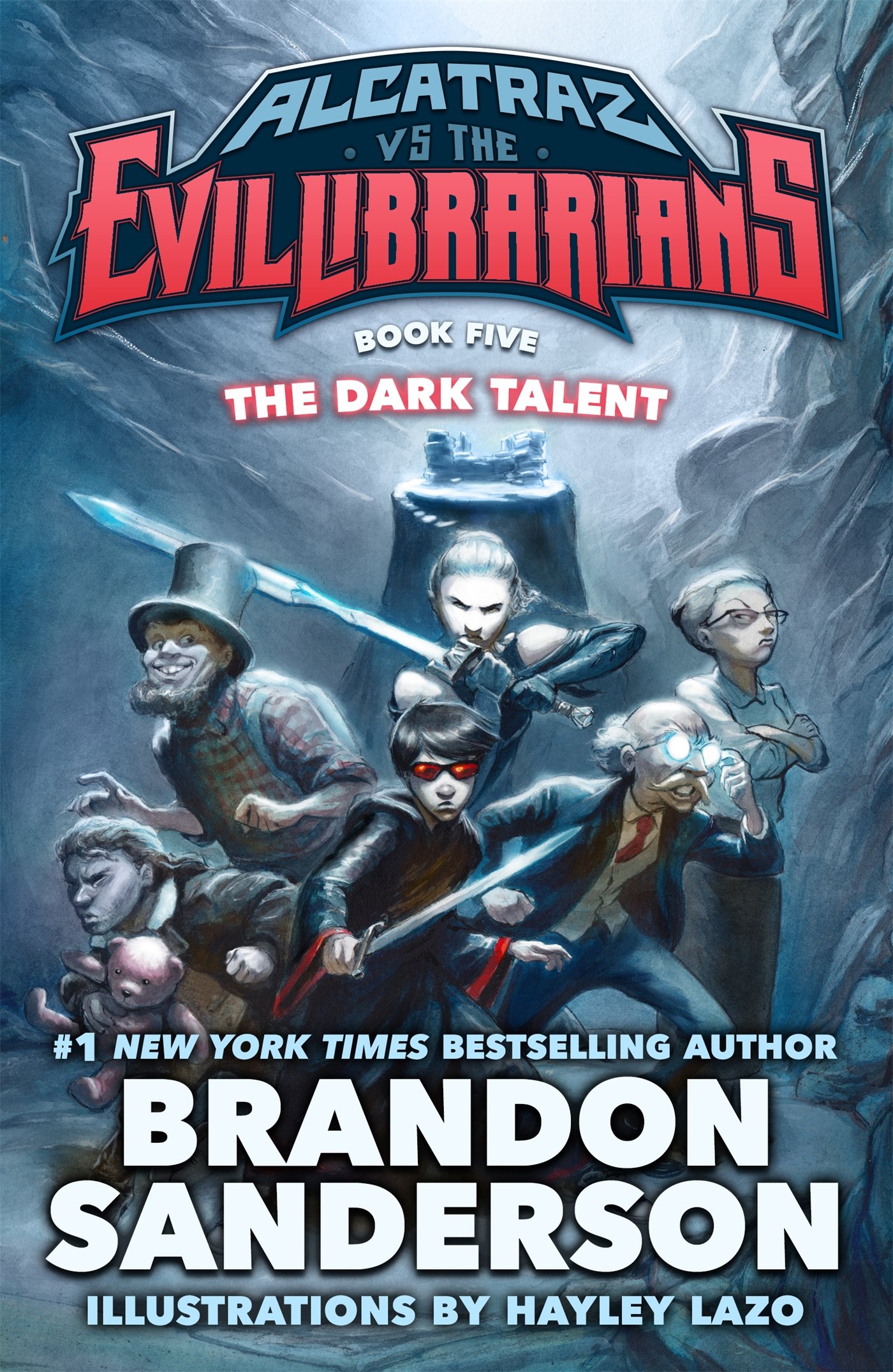 This month’s “Fantasy Review” is for Brandon Sanderson’s YA novel The Dark Talent, the fifth in the Alcatraz vs the Evil Librarians series.

Alcatraz saved Mokia, but in doing so, broke his Talent and those belonging to nearby Smedrys.  Now he must try to stop his father with his wits alone.  With Grandpa Smedry, Kaz, Draulin, Cousin Dif, and Shasta, Alcatraz sets off for the Highbrary, the root of the Librarian’s power in the world.

When I first learned Brandon Sanderson was going to finish The Wheel of Time series, like most fans, I ran out and found some of his books to read.  I read Elantis first, then the Mistborn series, and after that I read Alcatraz vs the Evil Librarians.  When I had the opportunity to have dinner with Brandon as a Storm Leader at the release of The Gathering Storm book tour in Scottsdale, Arizona, I gushed over the Alcatraz book.  So unlike his other novels, but still so amazing!  This is a long way to say I have been waiting for this “final” book for a very long time!

With that in mind, this addition had all the same silly antics of the earlier books—a huge draw for me.  Alcatraz as the narrator is hilarious and such a delight to read.  Plus, the more serious plot line of trying to stop his father from giving every person a Smedry Talent makes it engaging and keeps up a fast pace.

There’s a lot of emotion here.  Alcatraz’s narration deepens as certain truths are discovered about himself, his family, and his ideals of the world.  Despite the comical nature of the whole series, there are some incredibly deep thoughts in these books.

The ending was not very satisfying.  I hate to say that—and I do believe that the feeling of being unresolved is exactly what Alcatraz wanted—but I did hope we’d get more answers out of this volume.  Brandon has revealed that there is still another in the series (if you don’t mind spoilers, you can see more details in his post here), but I’m not a big fan of cliffhanger endings.  Still, the prospect of seeing more to come gives me hope and I will wait patiently for the next release.

This whole series is worth a read.  It’s an amazing hybrid of fantasy, sci-fi, and humor.  As it’s geared toward children, some of the humor can be lowbrow, but much of it is clever, and likely to go over the intended audience’s heads.  Despite the lackluster and abrupt ending of this book, I will sing the praises of this series to anyone who will listen. It is one of my favorites of Brandon's works—behind The Wheel of Time and Legion.

You can purchase this book, and the others in the series, at Dragonmount's DRM-free eBook store!