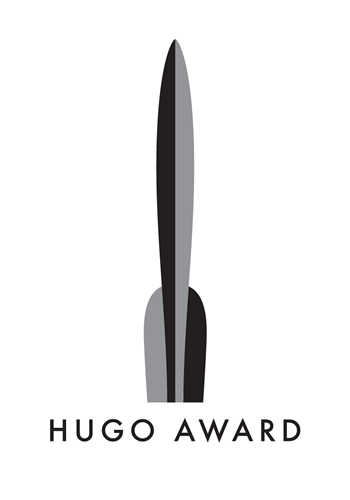 It's January and that means awards season is upon us. The biggest award in science fiction and fantasy literature is the Hugo Award, awarded by the members of the World Science Fiction Society at the annual WorldCon. The Hugos are often described as "the Oscars of speculative fiction." They are one of our oldest awards, being granted since the 1950's. Brandon Sanderson won the award in 2013 for his novella, The Emperor's Soul and many other significant writers have won this award as well. Notable Hugo winners include Robert Heinlein, Lois McMaster Bujold, Orson Scott Card, Kurt Vonnegut, and Anne McCaffery. It's truly the highest achievement that an author can obtain and perhaps the most meaningful, as the Hugos are not awarded by a jury or committee, but rather by a direct vote of the members of the World Science Fiction Society.

Who is the World Science Fiction Society? It's one of the oldest, if not THE oldest fan club for science fiction and fantasy fans in the world. It's made up of thousands of fans like you and me, as well as writers, artists and editors and other professionals in the field. In short, these are the people who care about science fiction and fantasy and want to see more quality work done in this area. WSFS has been in existence since the very first WorldCon, held in 1939. Anyone can become a member of WSFS by paying the membership fee, which can include entrance to that year's WorldCon.

LonCon, the 72nd annual WorldCon, will take place in London this year. The members of that convention will award Hugos for works published, broadcast or otherwise made available during the 2013 calendar year. This includes A Memory of Light, the final book in the Wheel of Time series. As an active member of WSFS, I'm very excited at the prospect of being able to nominate this book and honor my favorite author and the amazing literary achievement that is the Wheel of Time. But...

In re-reading the WSFS Constitution recently, I saw this clause in the Hugo eligibility rules:

3.2.6: Works appearing in a series are eligible as individual works, but the series as a whole is not eligible. However, a work appearing in a number of parts shall be eligible for the year of the final part.

Simply put, because no portion of The Wheel of Time has ever been nominated for a Hugo, the entire series became eligible as a single work when it was completed. I've contacted the Hugo Administrators for this year and they declined to rule on this interpretation, preferring to wait and see if the nominations received require one. So if more folks nominate just A Memory of Light, that will make the ballot. If more nominate for the entire series, then the series will be listed. If it doesn't make a difference either way, then they won't need to rule.

There's a precedent for this interpretation, though not quite on this scale. Black Out and All Clear, a duology by Connie Willis was nominated and won in 2011 for Best Novel. The first season of A Game of Thrones was nominated as a whole, and won in the Best Dramactic Presentation-Long Form category in 2012. So not only do we have the opportunity to honor one of the most significant fantasy authors, but also to make Hugo history.

Oh yeah. We. As I mentioned before, the Hugos are an entirely democratic process. There is no jury or committee. Anyone, including you, can participate in the process. All you have to do is register as either an Attending or Supporting member of this year's WorldCon. Attending membership is just that. You plan to attend the convention and your membership includes all WorldCon and WSFS publications, attendance at the convention and voting rights for the Hugos and WorldCon Site Selection. Supporting membership is usually significantly cheaper and includes just voting rights and publications. Both categories of membership include access to the Hugo Voter Packet, which in past years has included electronic copies of all or most Hugo nominated works that year. This ensures that all voters have the opportunity to read and fairly evaluate all the works before completing their ballots.

If you'd like to participate in the nomination process, you need to be a Supporting or Attending member by January 31st. Attending membership is currently US $185. Supporting is US $ 40. You can register at the LonCon website, as well as read more information about the Hugos, WSFS and WorldCon.

Even if you don't think that Robert Jordan deserves a Hugo for his work on the Wheel of Time, I still invite you to join WSFS. Its a truly international organization of fans and being a member connects you to a much wider world of fandom with rich traditions and stories. Voting in the Hugos is an incredible privilege and one that I encourage you to take advantage of, regardless of who you plan to nominate or vote for.