A highlight of the major events happening on the second day of JordanCon 2022. 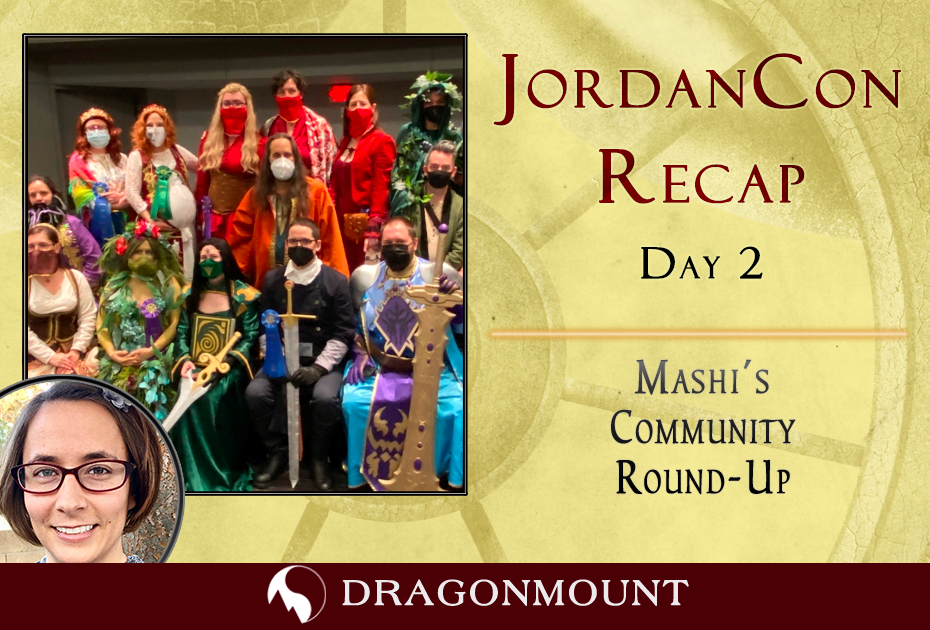 JodanCon Day 2 is the best!  It’s the only full day (unless you count CouchCon after the closing ceremonies) and that means it’s packed from morning to evening.

The annual costume contest falls on Saturday, so the cosplayers were out in droves.

Wheel of Time cosplays are expected. 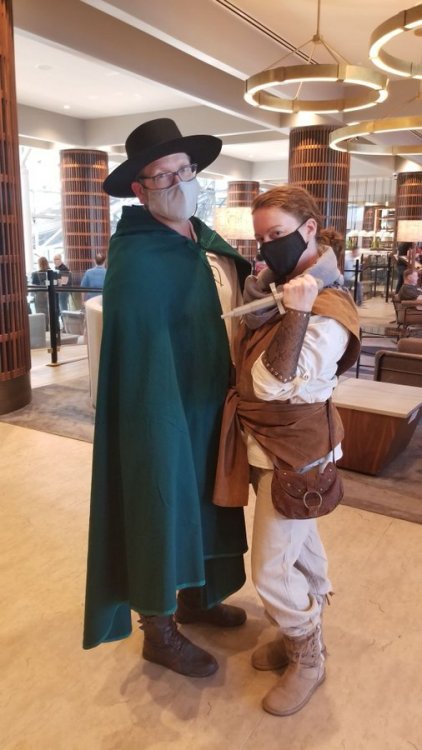 Brandon Sanderson and cosmere are expected. 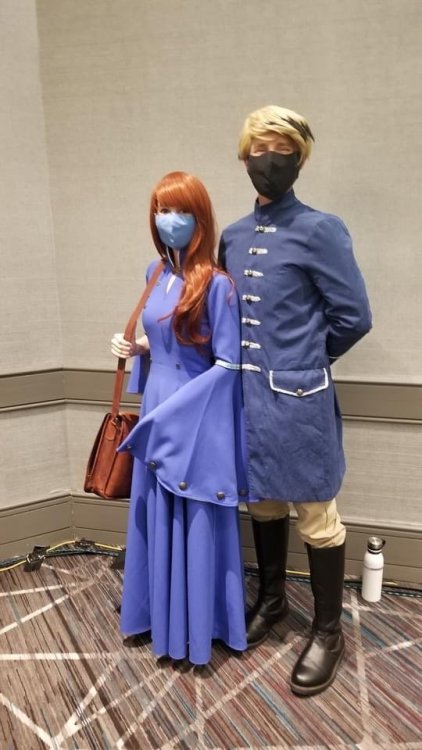 And at JordanCon, other fandom tie-ins are also expected. 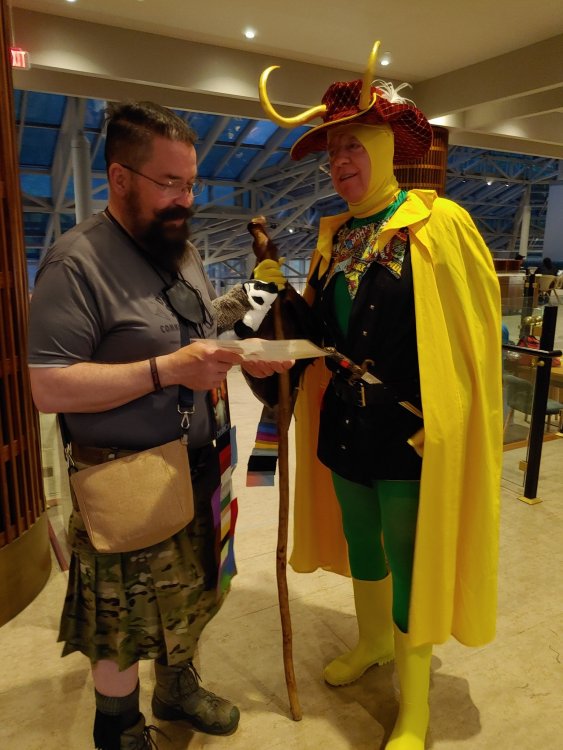 Nothing is off limits for this fandom!  Keep that in mind for next year.  If you're hesitating over a costume idea, don't.

And speaking of the costume contest, here are the highlights. 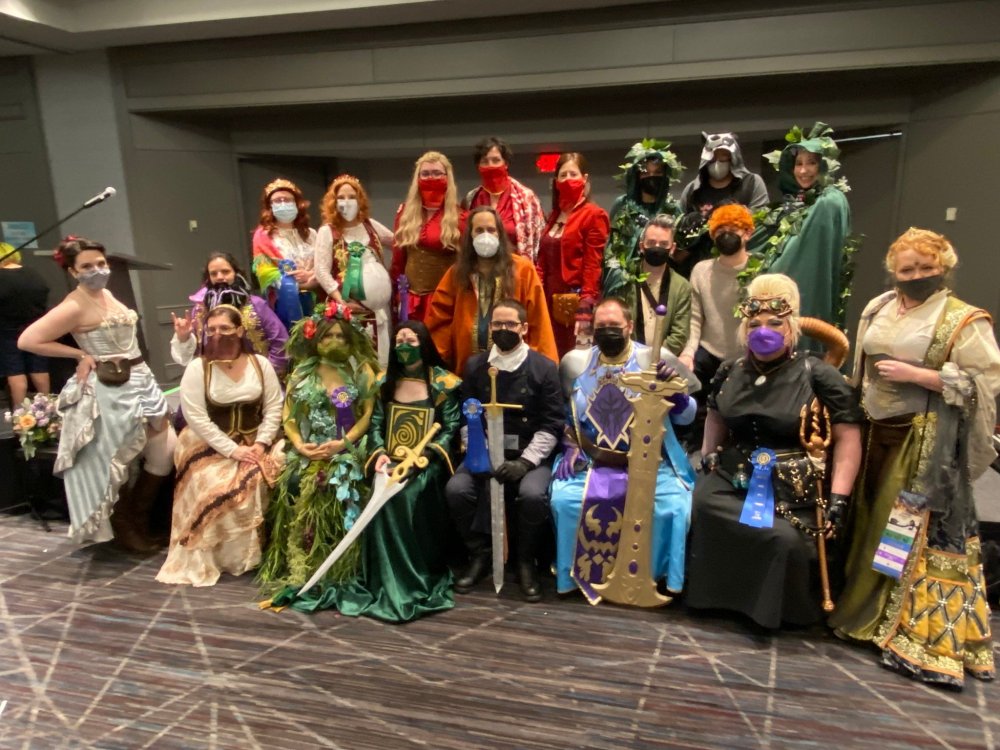 April Davis as a Nym 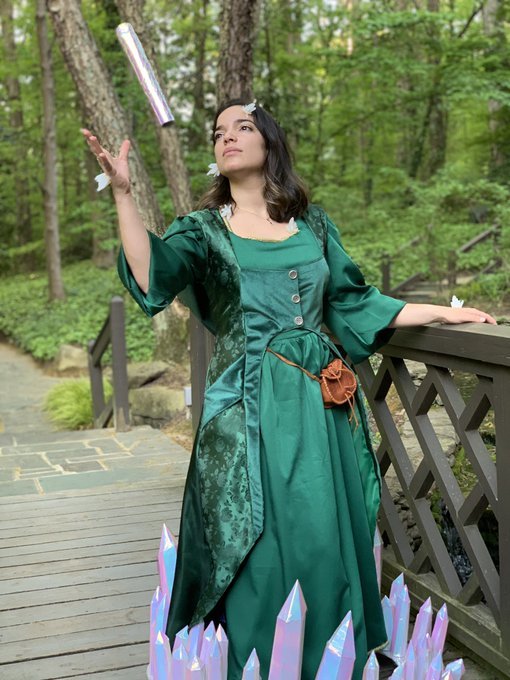 Justin Gerard—one half of this year's Artist Guest of Honor—had a live drawing panel.  The end result was an amazing Trolloc. 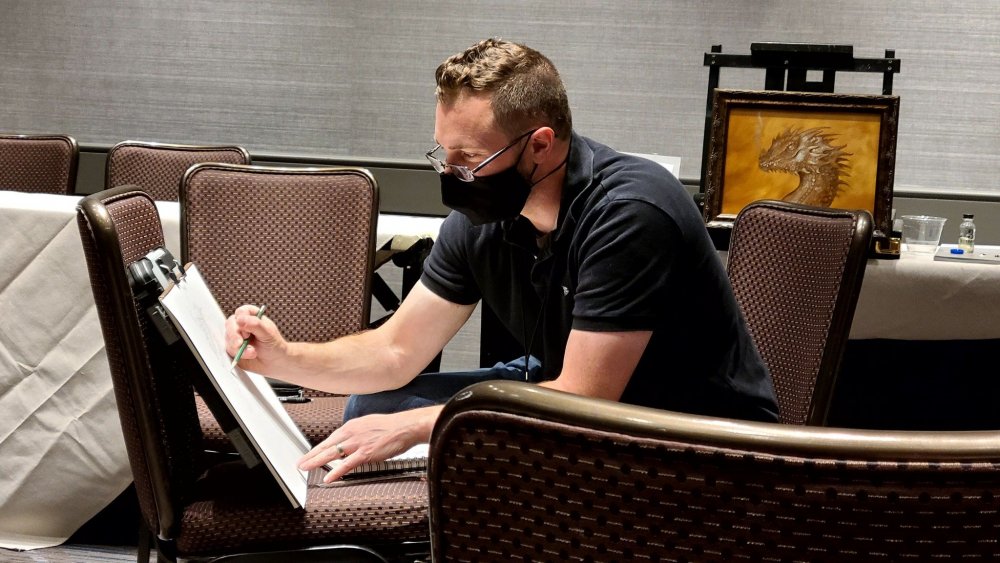 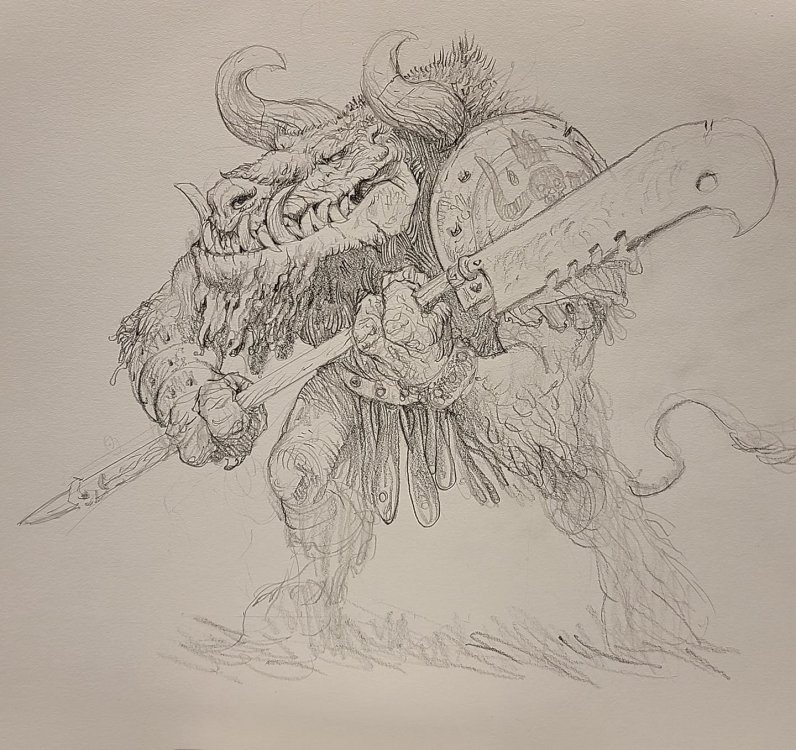 Dragonmount's own Rand al'Thor made an appearance.  Check out TikTok for all the videos. 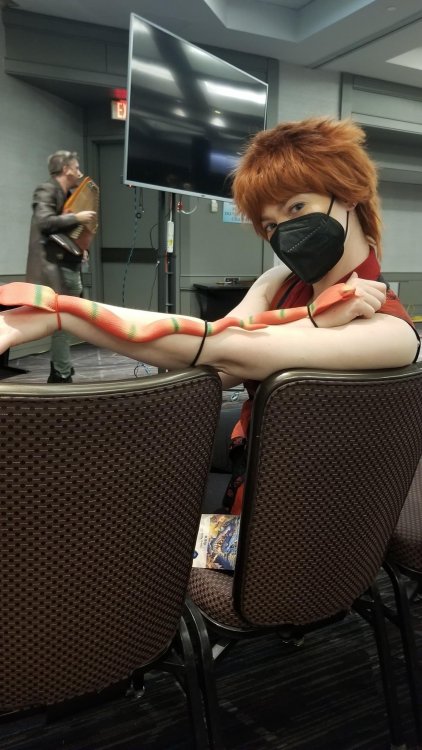 Another Rand variant also put on a display.  Paul Bielaczyc reenacted the (in)famous cover of Lord of Chaos. 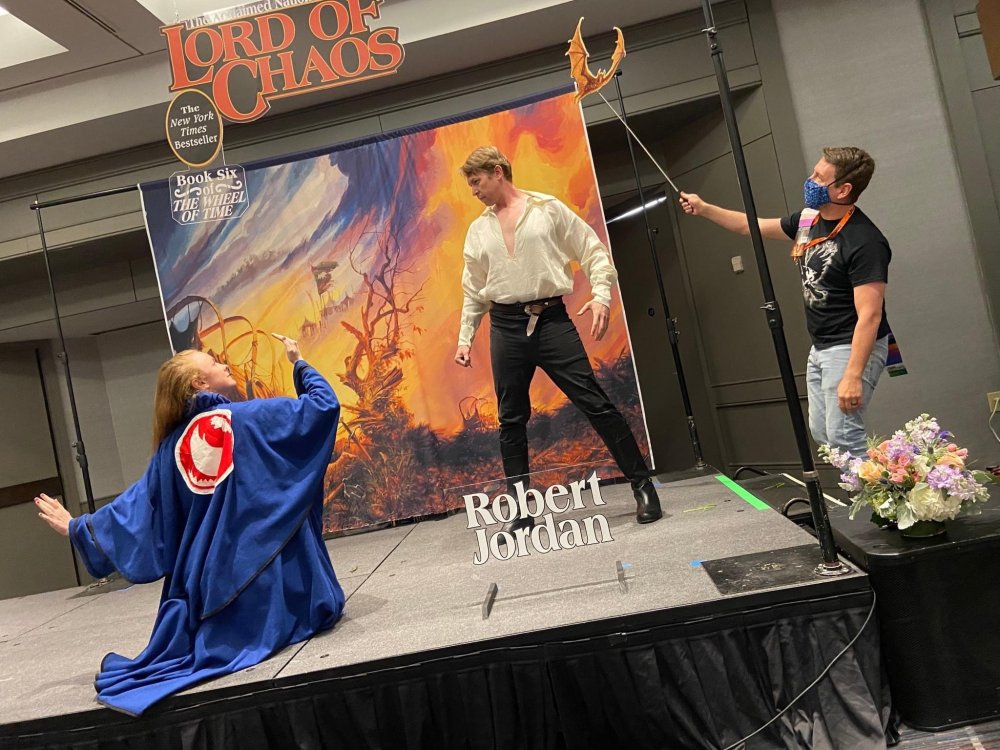 I spent my time today talking about detectives in urban fantasy and attempting to crochet a Doomslug—well, technically a friend of Doomslug.  One amazing thing about this convention is there is something for everyone. 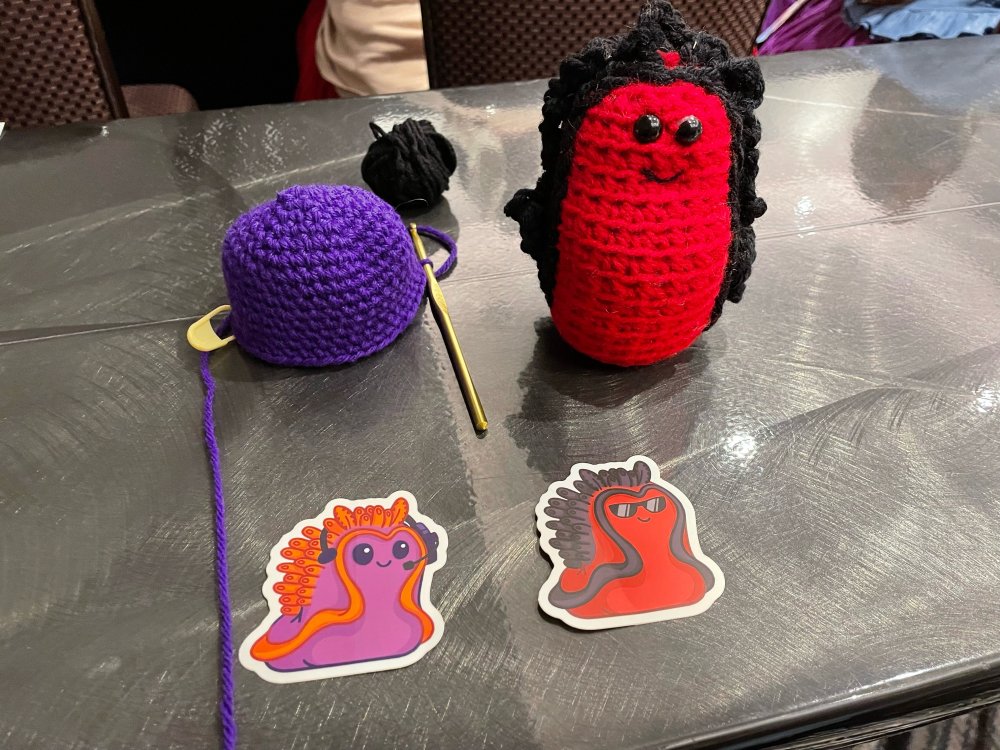 Tomorrow, I am teaching a Wheel of Time cross-stitching class in the Makers Track.  I can’t wait to show pictures from that!

Sunday’s coming on fast, but there’s still plenty of JordanCon left to indulge in.

Which costume contest participant was your favorite?  Let us know in the comments below.