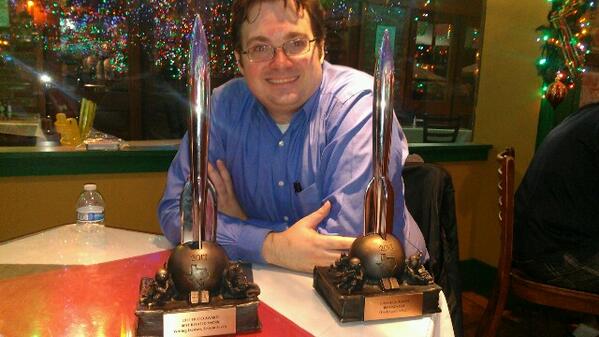 Yesterday, the results for the 2013 Hugo Awards were announced at the LoneStarCon 3.  We are pleased to say that Brandon Sanderson's novella, The Emperor's Soul, received the award for Best Novella.

This year's winner for Best Novel was John Scalzi's Redshirts: A Novel with Three Codas.

A Memory of Light will be eligible for next year's Hugo Award.