The Wheel of Time at New York City Comic Con!

NYCC will host an exclusive conversation with Cast and Showrunner on Oct 8th. 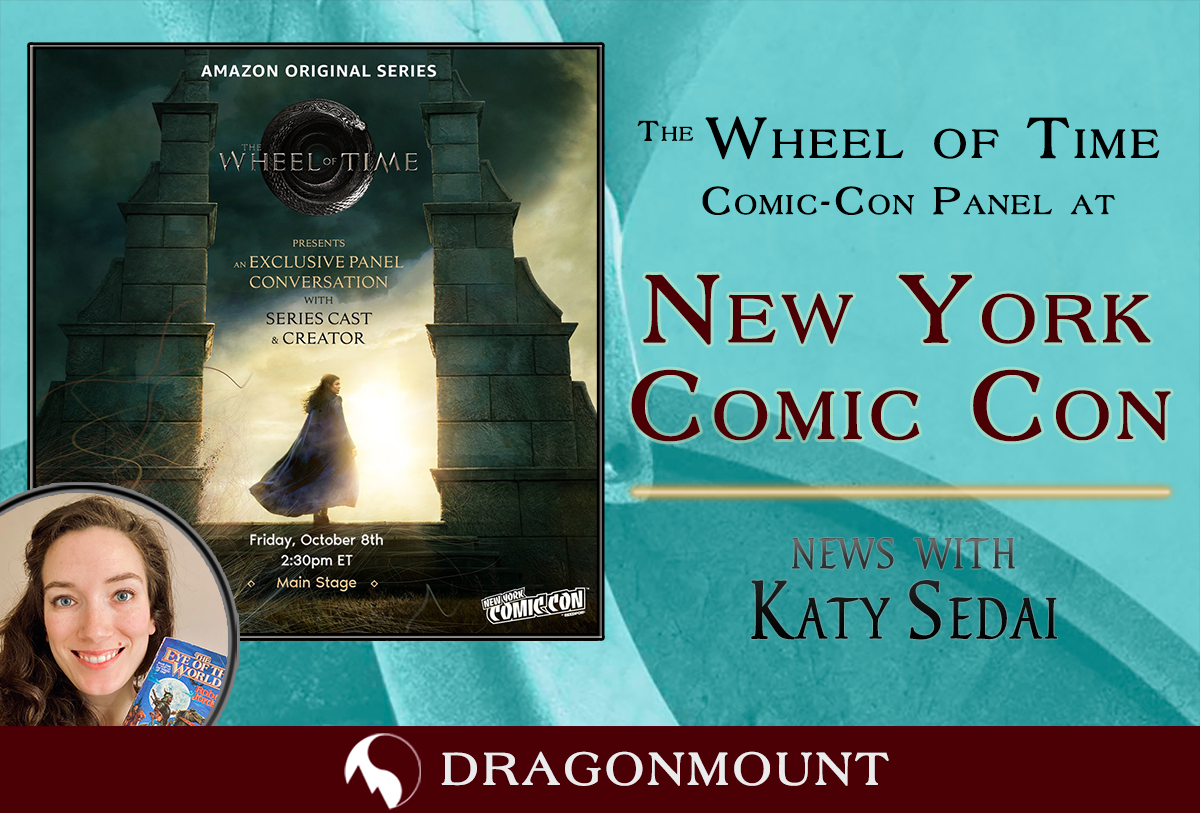 Mark your calendars for more The Wheel of Time TV show content! New York City Comic Con will host a virtual exclusive Q&A with the cast and showrunner on Oct 8th at 2:30 pm ET. The Wheel of Time twitter account confirmed that this is an exclusive streaming/virtual event for the NYCC. If you are in the area, you can buy in person badges, here. For the rest of us, there are digital tickets for $20, here. The digital tickets cover 4 days of show, access to live video panels streamed during the event for most major panels, audio streams for smaller rooms, and VOD access to the recordings for 30 days after.

Based on Robert Jordan’s best-selling fantasy novels of the same name, The Wheel of Time is set in a sprawling, epic world where magic exists and only certain women are allowed to access it. The story follows Moiraine (Rosamund Pike), a member of the incredibly powerful all-female organization called the Aes Sedai, as she arrives in the small town of Two Rivers. There, she embarks on a dangerous, world-spanning journey with five young men and women, one of whom is prophesied to be the Dragon Reborn, who will either save or destroy humanity. Join the series cast and showrunner as they discuss bringing this stunning world to life and what fans can most look forward to when the series premieres Friday, November 19th, exclusively on Amazon Prime Video.

This year @NY_Comic_Con is a mix of in-person and virtual attendance and we're excited to be part of Amazon's virtual panels! Luckily, that means that, like @rgoddes here, anyone can buy a ticket and watch the full panel from anywhere! https://t.co/o7WfBXdwNe

Who's planning to buy tickets & attend the panel? Also, Let us know in the comments below which cast members you think we'll see on the panel.