Madeleine Madden and The Wheel of Time are featured in promotional clip on the YouTube account for Amazon Prime Video Australia and New Zealand. 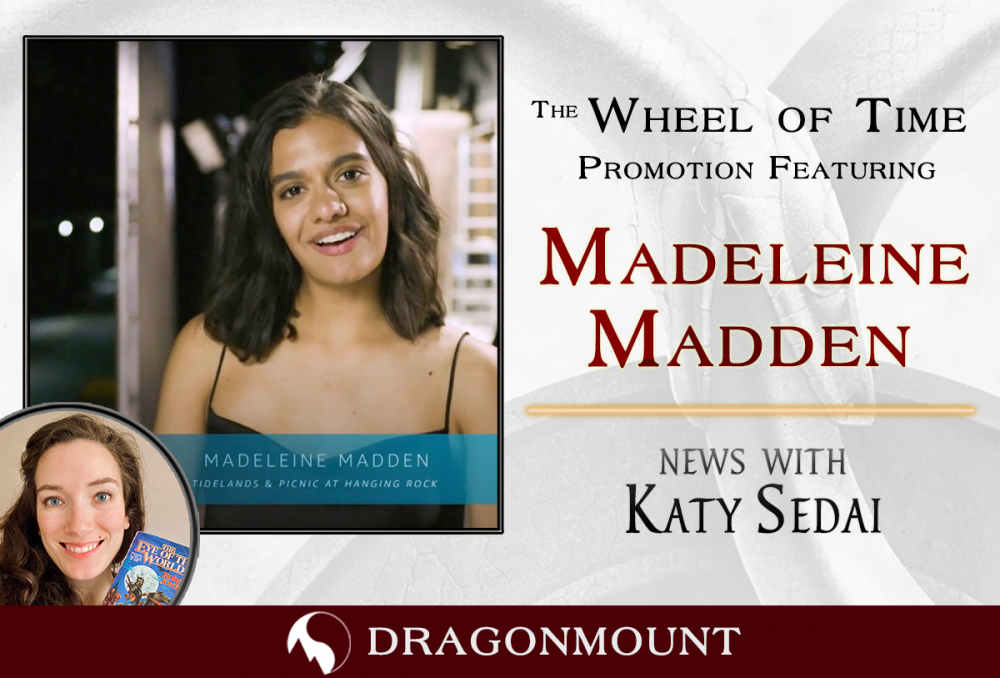 Katy is a news contributor for Dragonmount. You can follow her as she shares her thoughts on The Wheel of Time TV Show on Instagram and Twitter @KatySedai.

This is the first recorded promotional material that we’ve seen for the upcoming TV show, and just a hint of what to expect from Amazon in the months to come.

The clip also includes footage of the table read previously seen on The Wheel of Time’s Twitter account back in October 2019. There is no other new footage but it’s great to see her so excited!

With season one wrapping up filming in May, we are keeping our fingers crossed we get to see Madeleine as Egwene this year!