Wheel of Time "most excited for" TV adaptation 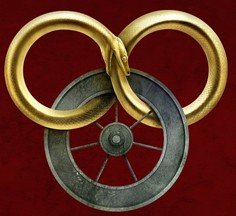 According to a Twitter poll from Amazon Prime Video, The Wheel of Time television adaptation is the most anticipated series.

(IMAGE TEXT: We have a lot of shows that started as books, but which UPCOMING book adaptation series are you most excited for? #WorldBookDay; 20% Good Omens, 26% The Expanse, 18% The Lord of the Rings, 36% The Wheel of Time)

While fans of the show rejoice, and agree, it's pretty amazing that Wheel of Time could top some of the other anticipated series.  Bleeding Cool states how they "were NOT expecting Wheel of Time to top that list."  Understandable, considering The Lord of the Rings has been hyped up.  As has Good Omens, which already has trailers, cast, and an official release date (May 31, 2019--for those who were wondering).

With Wheel of Time barely in production, this is a great indicator of how much we've wanted a show to represent our beloved series!

You can catch the latest updates from Rafe Judkins' Twitter feed, which he updates pretty regularly with interesting hints and tidbits.  Also, stay tuned to Dragonmount for more news.