In Case You Missed It: Rafe Judkins answers fan questions on Twitter

We went through The Wheel of Time's Rafe Judkins Twitter "ask me anything" thread so you don't have to. 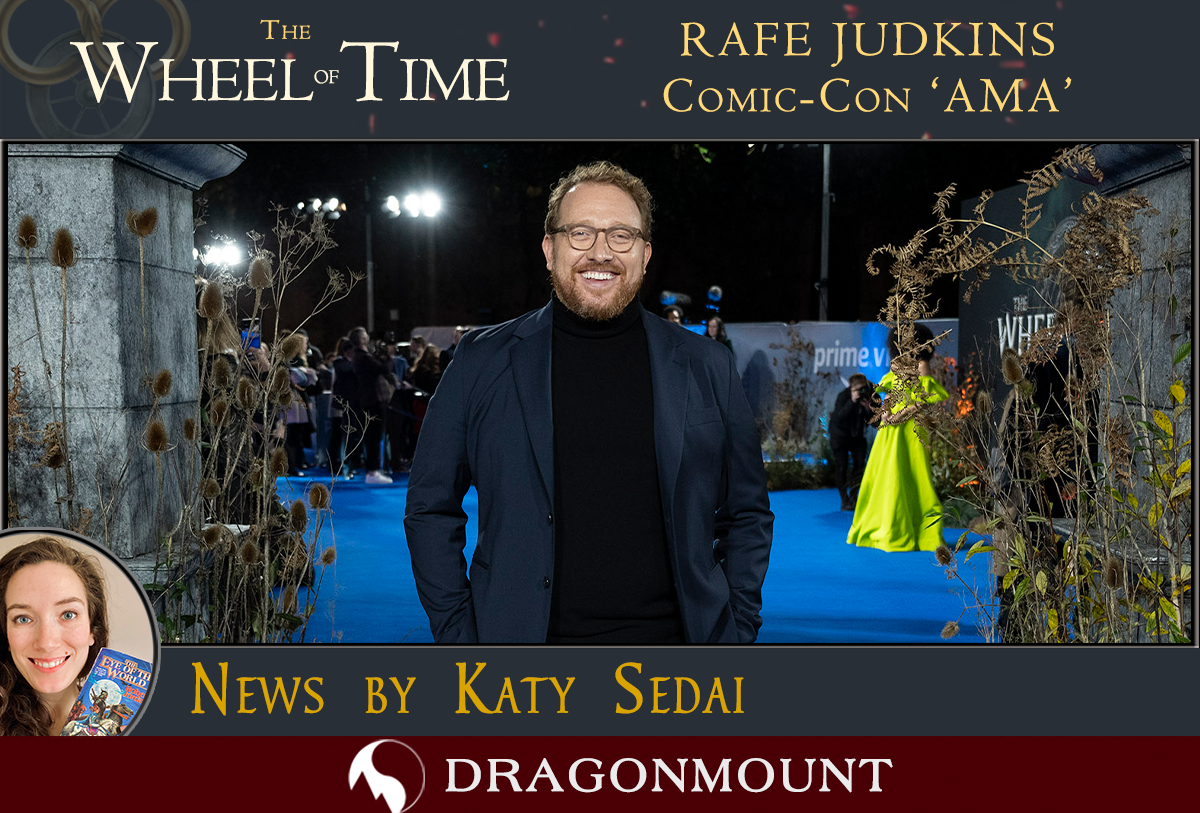 Showrunner Rafe Judkins answered questions about season two of The Wheel of Time on Prime Video. Recent announcements came during the San Diego Comic-Con panel focused on the Wheel of Time Origin shorts. They announced more Origin episodes are coming in August, released a season 2 sizzle reel, and announced that the television show is renewed for season 3!

After the panel, Rafe posted to Twitter that he’d answer questions on season two.

Chilling with a gin and tonic at SDCC before dinner, anyone got WoT Season Two questions?

Rafe answered a lot questions (there are over 400 replies to his post), but here are the highlights:

Rafe shared thoughts on the general plotting of season two and where the story may take us. Many fans speculated, but Rafe confirmed, that season two will cover book two: The Great Hunt and book three: The Dragon Reborn. The third season just announced will cover book four: The Shadow Rising. Mat’s plot was changed the most, but by the end of season two his plot will line up for the events in book four. This makes a lot of sense, since Mat’s character didn’t really shine until book three. 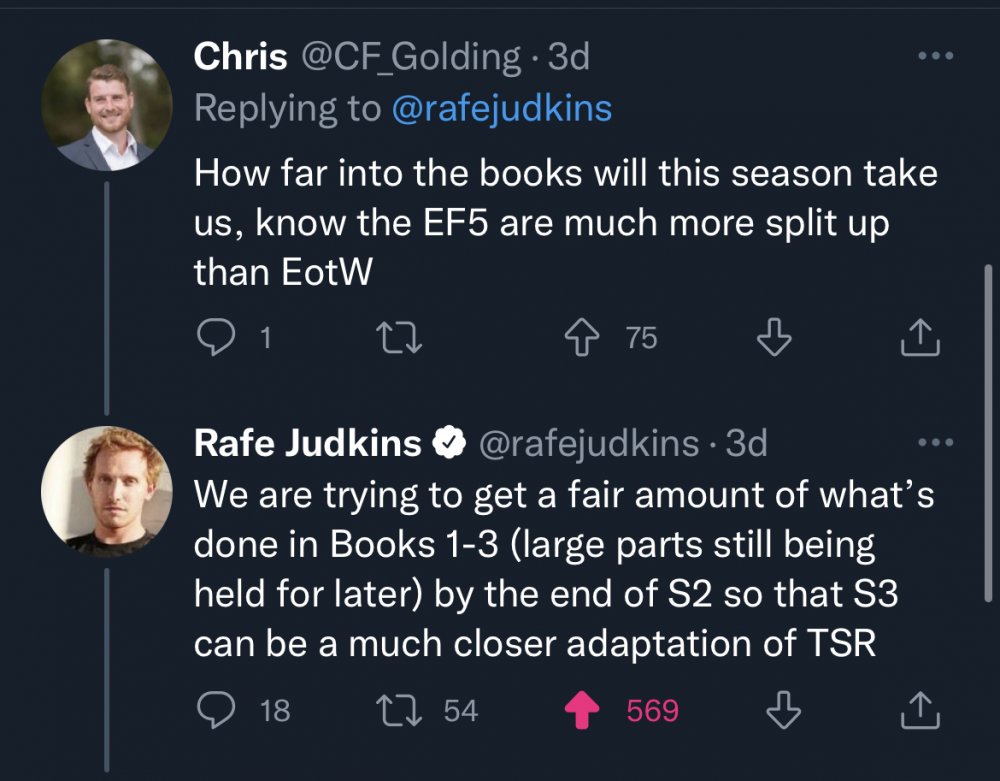 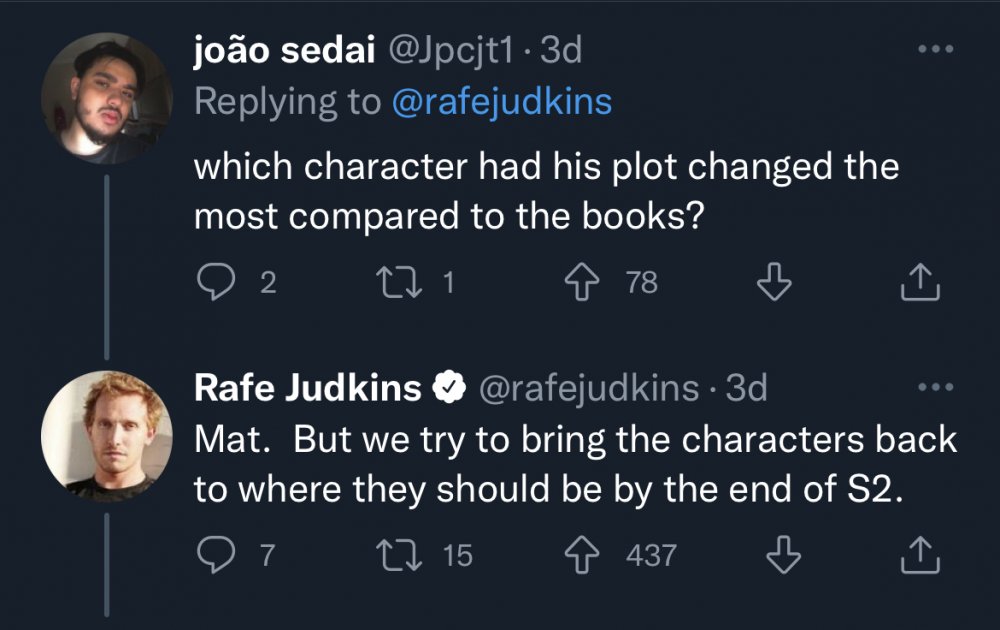 Rafe also expanded on what’s in store for Moiraine and Lan. Rosamund Pike and Daniel Henney are big stars for the show, and it makes sense to give them a bit more to do. This will be a rather large change to the story, so it will be interesting to see how the wheel turns for those two characters! 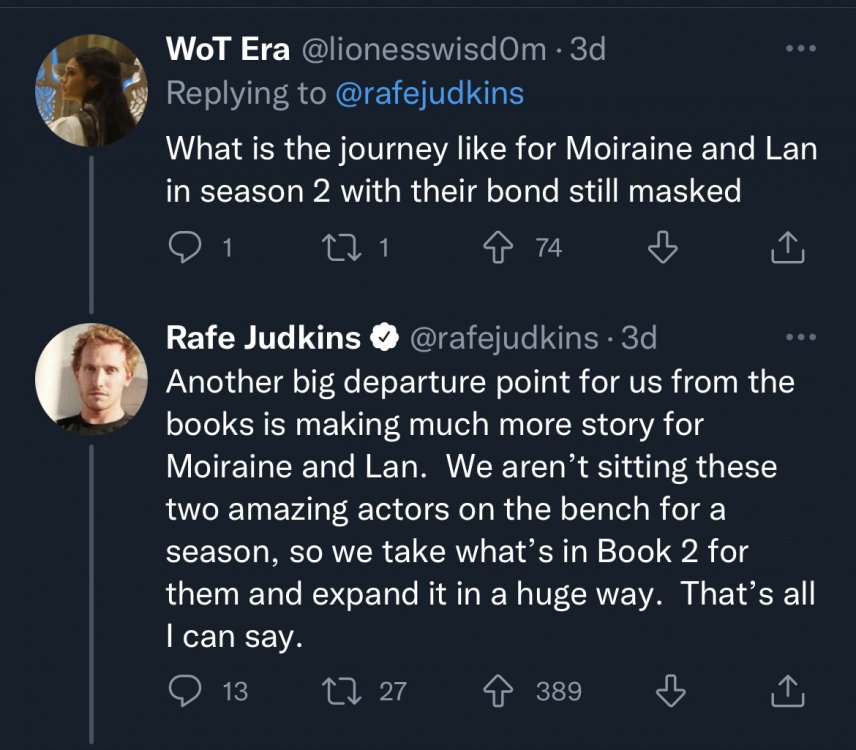 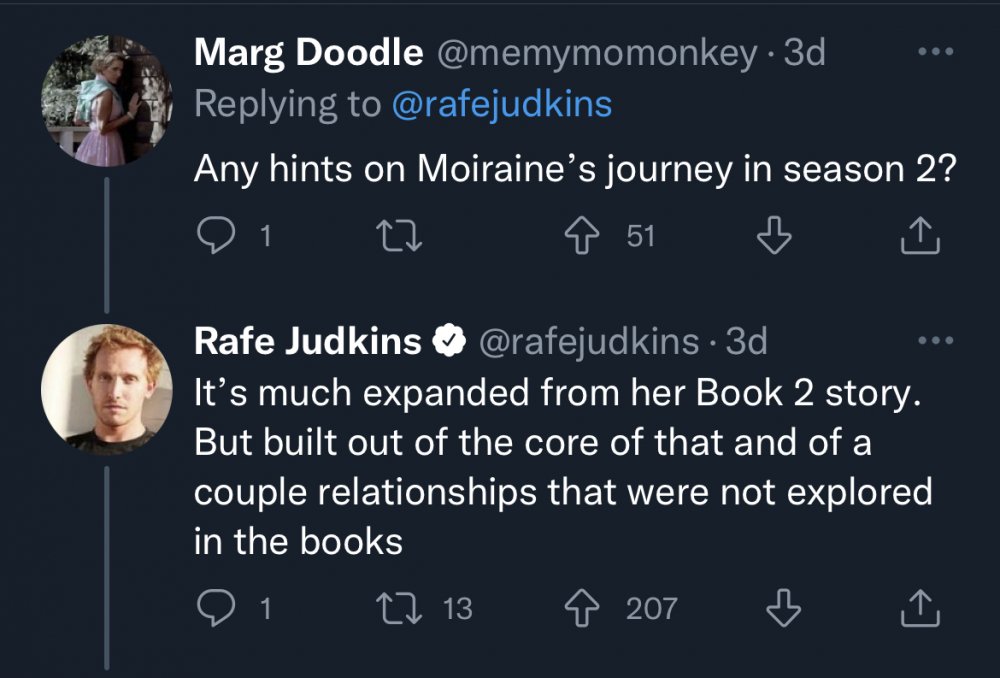 Rafe also gave fans confirmation of a few fan favorite characters and scenes. We will be seeing everyone’s favorite wolfbrother: Hopper. We also will have scenes with Egwene and Renna (which means more of the Seanchan plot from book 2). We will love to hate Kate Fleetwood as Liandrin. 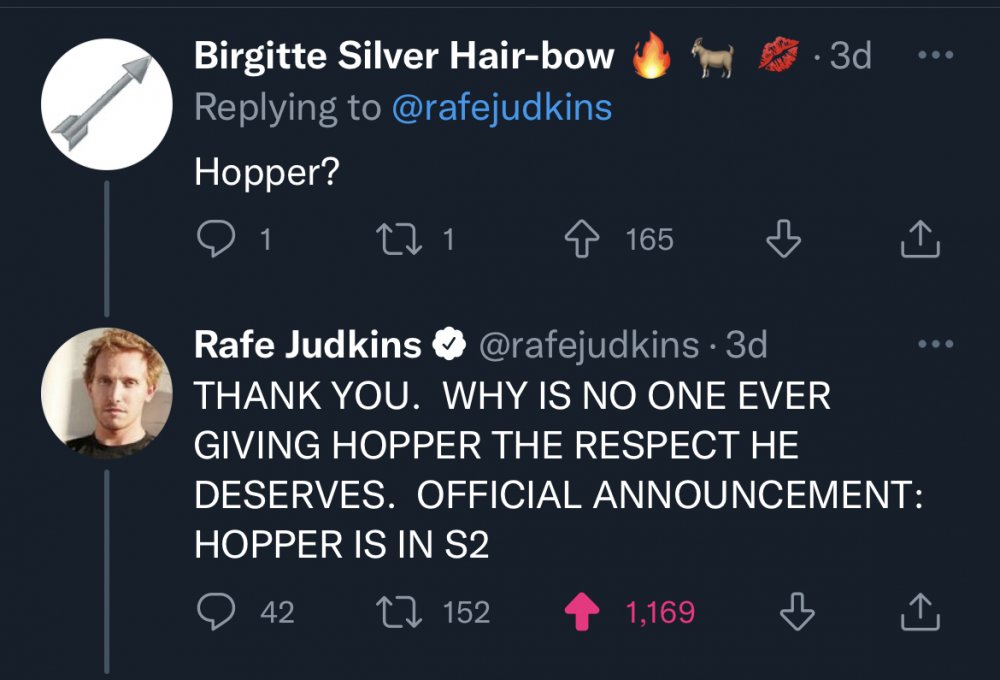 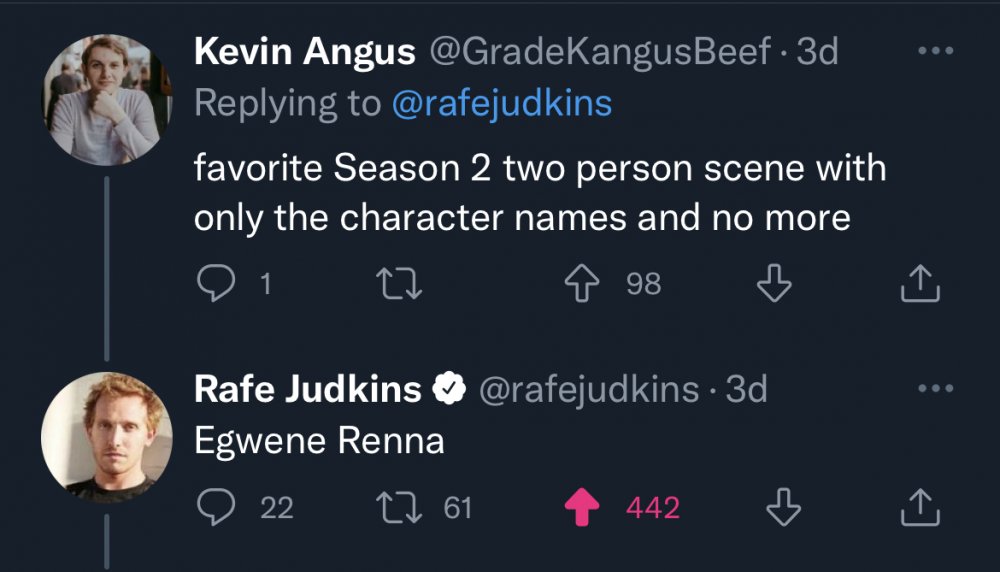 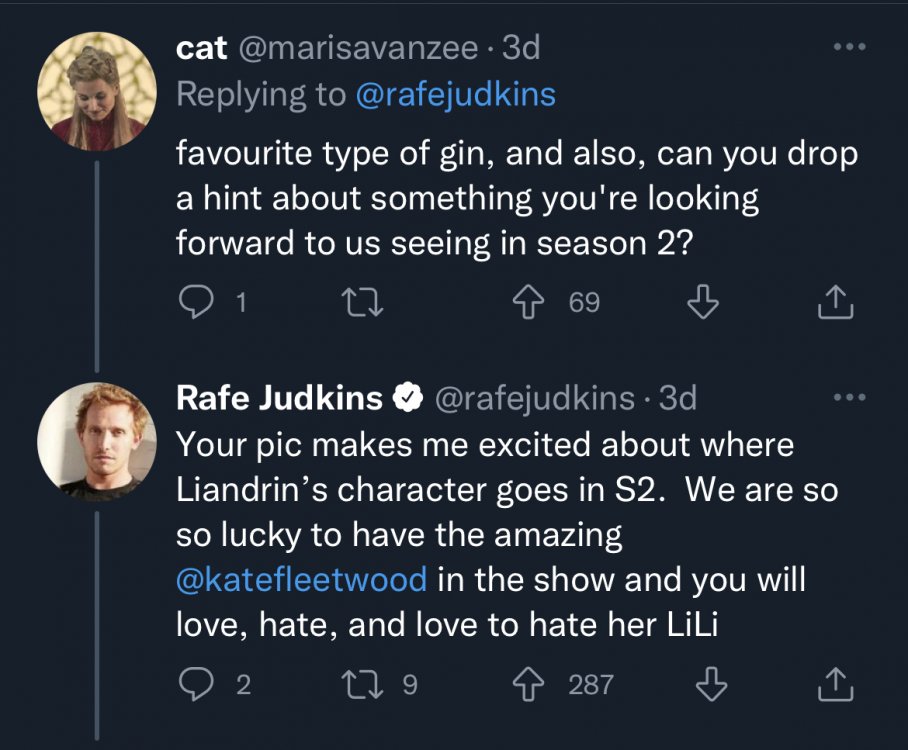 Rafe gave us some clues about what to expect from the shadow this season. The darkfriend social, which opens book 2, will be in the show. It’s a fantastic scene, and should make for great sleuthing and speculating. Rafe confirmed we will see more than one forsaken, and that they will have an expanded role closer to what we see in later books than what’s in books 2 and 3. 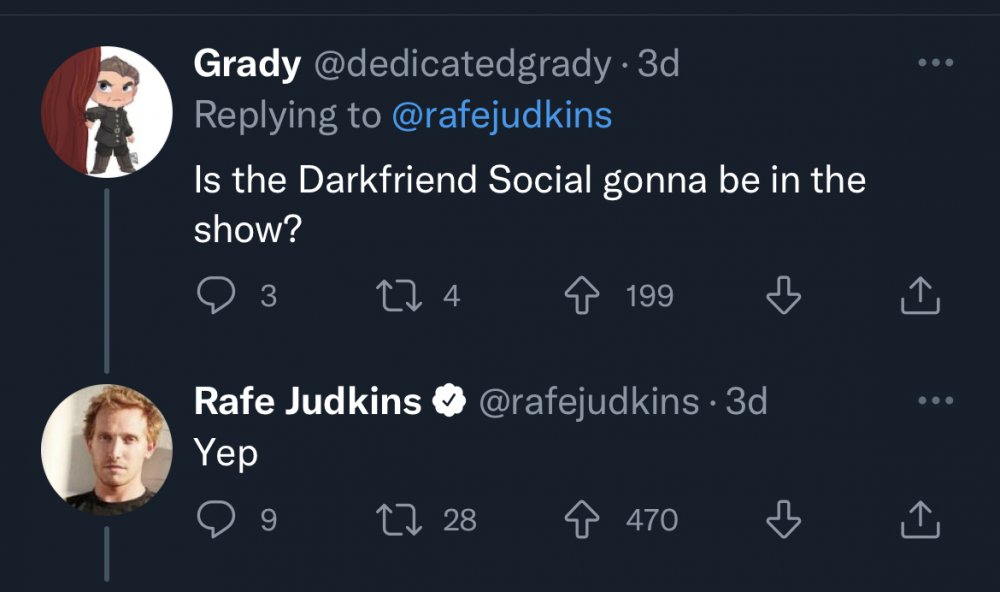 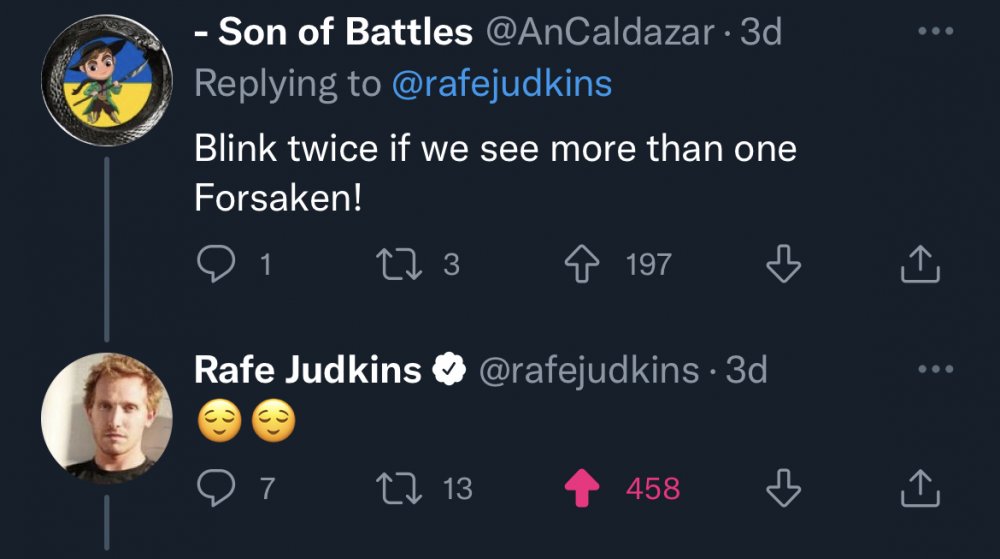 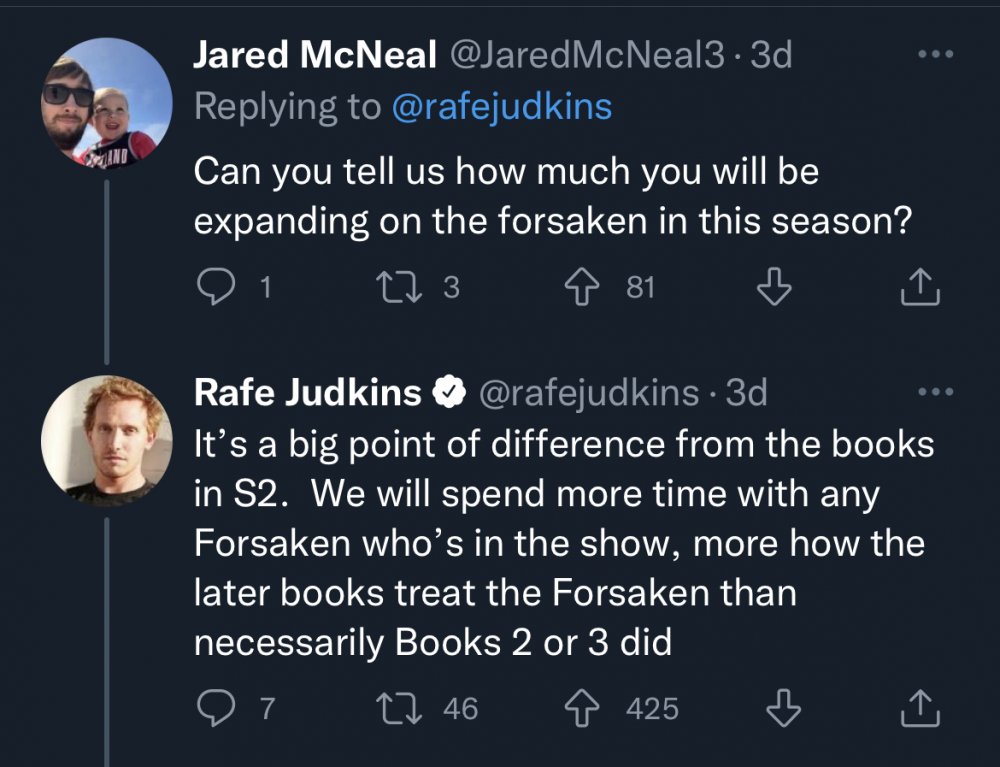 Rafe also gave us some background on season one. The first was about Uno - that he was breathing. Some fans thought Uno died after he was stabbed with the tainted dagger, but it sounds like Uno will live to swear again.  Many fans had questions about the Egwene - Nynaeve scene in the finale of season one. Rafe shared that the scene was changed at the very last minute due to COVID restrictions, and the original plan was for Egwene to help Nynaeve using Wisdom skills. It sucks for everyone that these compromises had to be made. 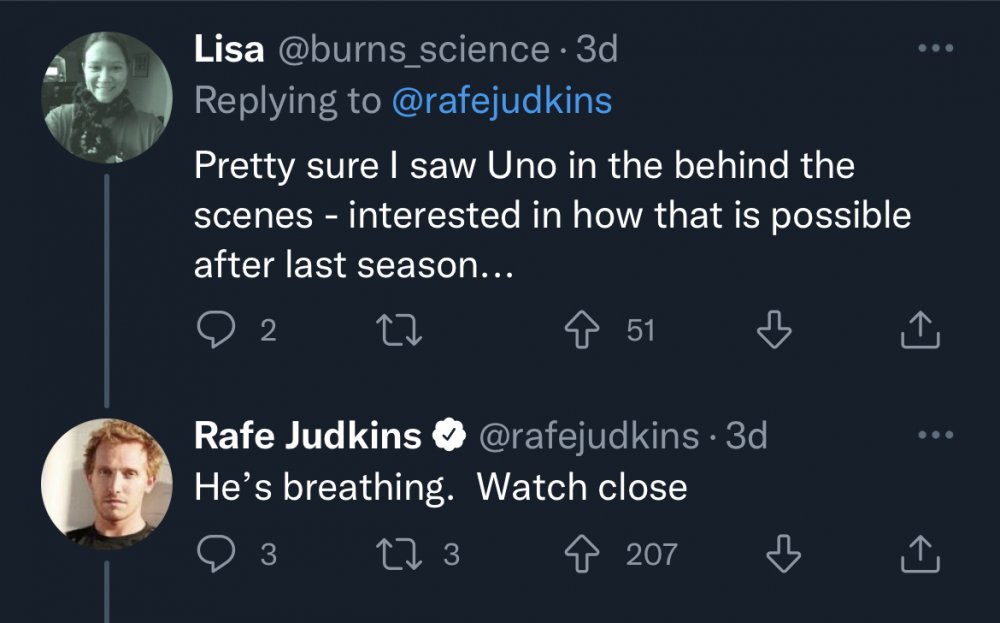 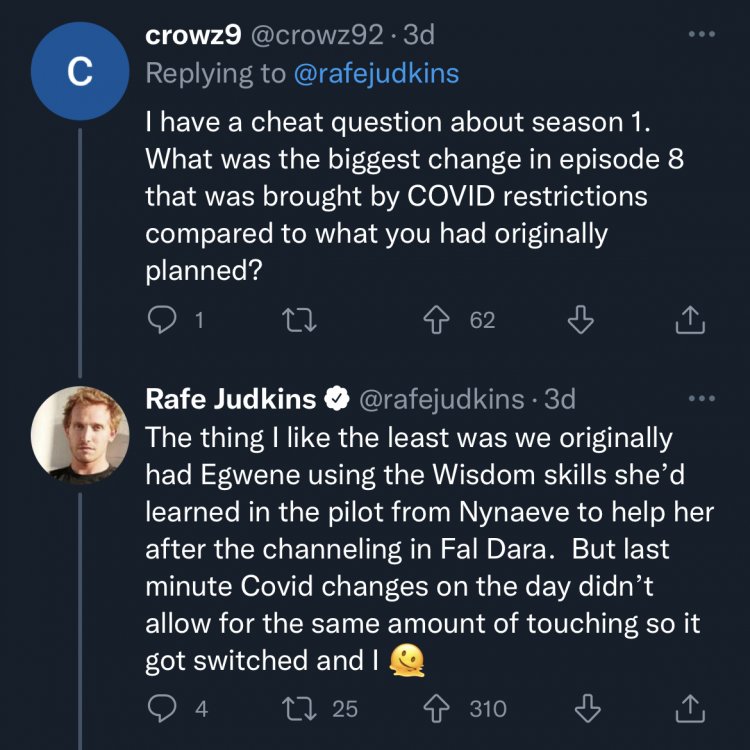 Finally, Rafe shared that we will continue to see the cold opens for the episodes as an ode to the point of view chapters in the books. It’s just one of the ways the team has adapted the written story to television. And WE WILL GET LONGER EPISODES. Great news and we can’t wait to see how The Wheel of Time team uses some extra time to tell this beloved story. 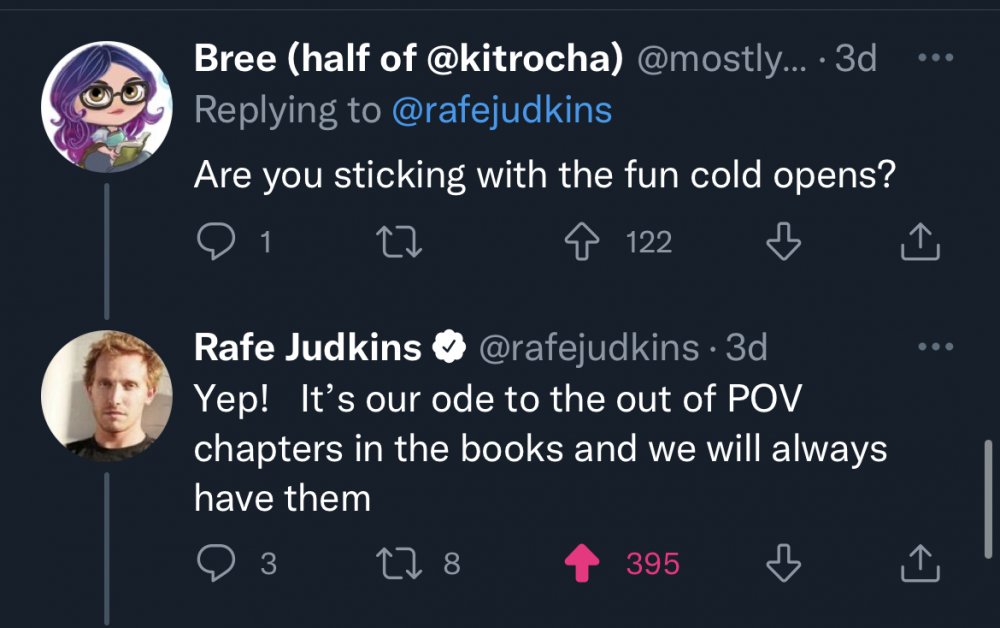 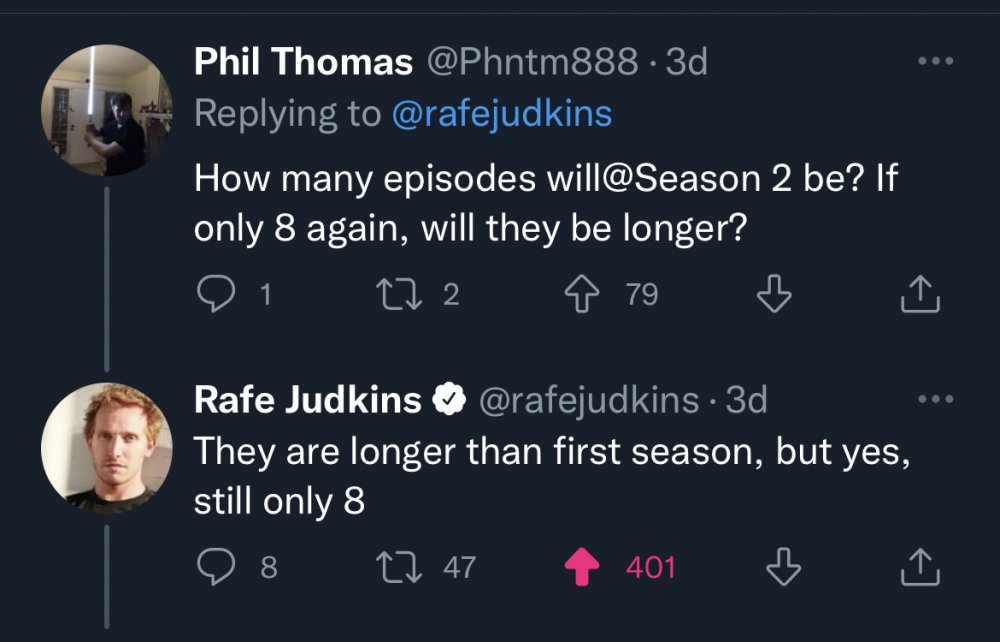 There's a lot to still learn about season two (we haven't heard when it will premiere), but hopefully this gives everyone plenty to speculate and theorize over until we can watch new episodes of The Wheel of Time on our screens again. What's your favorite answer from Rafe? Anything important that we missed? (400 replies is a lot to shift through!) Let us know in the comments below or in our forums.