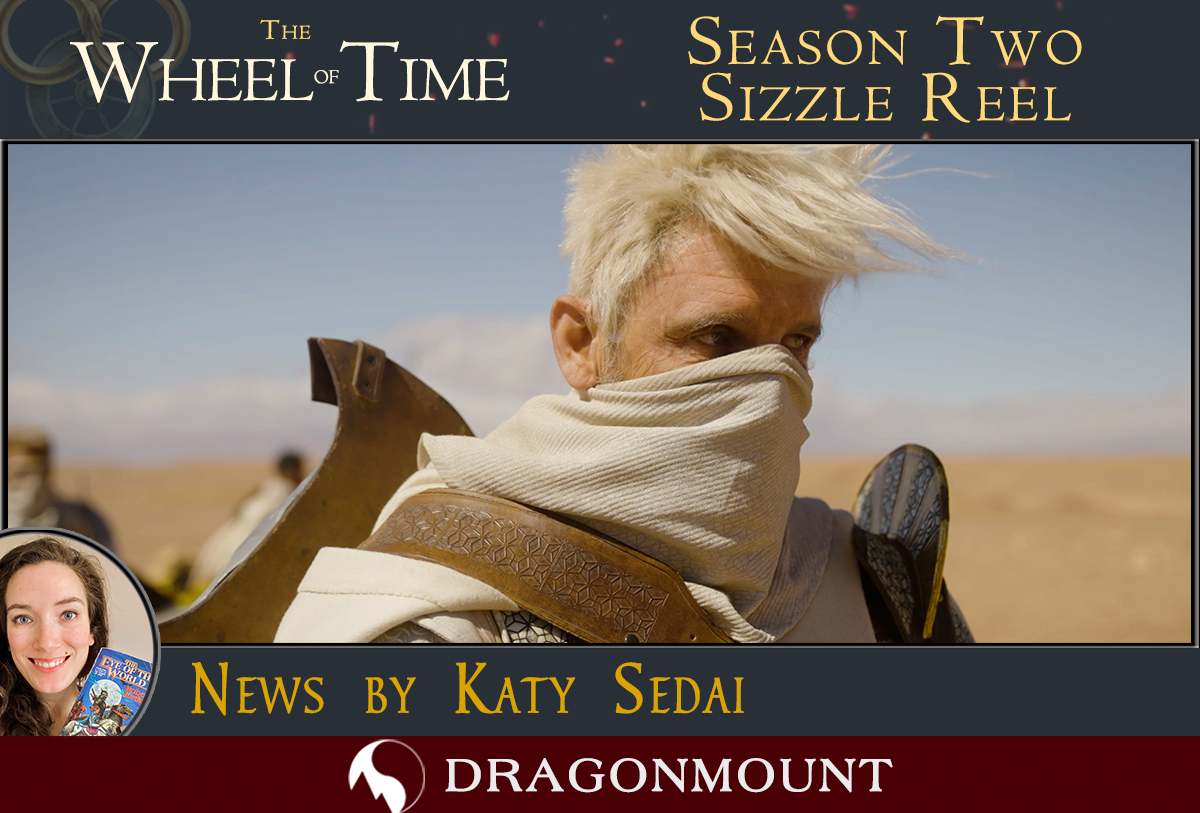 At San Diego Comic-Con today, Prime Video released a sizzle reel showcasing behind the scenes of Season Two of The Wheel of Time. There was a panel on the Origins series with panelists including Rammy Park, writer and producer for season two. This is our first glimpse of what’s in store for fans in season two since filming wrapped in May 2022.

Their journeys are far from over. Get a behind the scenes look at #TheWheelOfTime season 2. pic.twitter.com/K3IVCyMOw3

Fans will be breaking this down for months! There are scenes fans might recognize and some that appear new. Anyone spot a fade on a door and a fight in the White Tower courtyard? I’m so excited to see what else the Wheel of Time team has in store for us!

They also announced new Origins episodes are coming in August.

Next month, the world of #TheWheelOfTime gets bigger. New episodes of The Wheel of Time Origins premiere on #PrimeVideo pic.twitter.com/n76llxVt1h

The last piece of news is that Season three of the TV show has been green lit!  Check out the Dragonmount article all about season three.

What do you think of the behind the scenes for season two? Let us know in the comments below or in our forums.