The news that Barney Harris has left the show and been replaced took fans and commentators by surprise, since recasting a major role in a franchise is somewhat unusual. We look at precedents and what this may mean for the series. 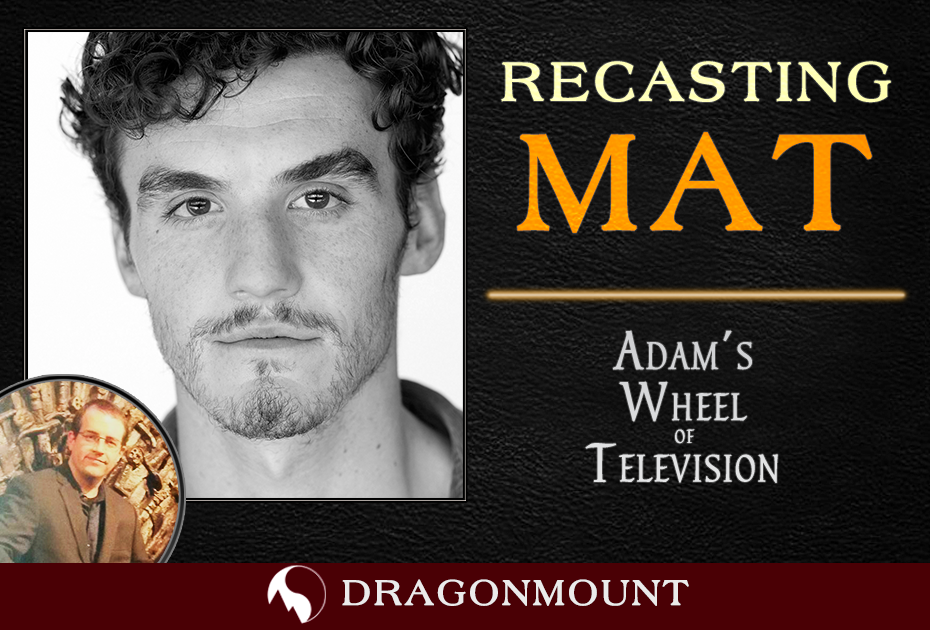 News has broken that Barney Harris, who was cast as Mat Cauthon in The Wheel of Time, has been replaced for the show’s second season before the first even airs. The news took fans and commentators by surprise, since recasting a major role in a franchise is somewhat unusual, and worried others about what this means for the series. Amazon have, so far, not commented on the replacement other than acknowledging that it has taken place and Irish actor Dónal Finn will be playing the role from the second season onwards. 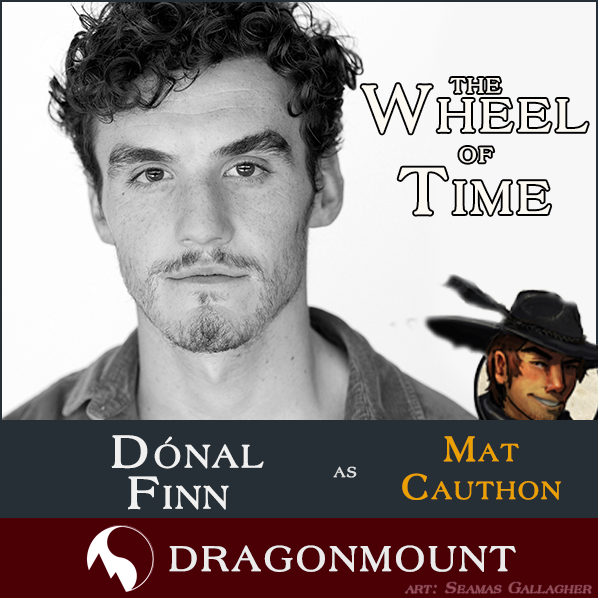 The move is not entirely unprecedented, though with other shows not based on novels the writers have more flexibility in how to proceed. When Michael O’Hare withdrew from his lead role as Commander Sinclair in classic 1990s space opera Babylon 5, the writers replaced him with another character, John Sheridan, played Bruce Boxleitner and worked the change for the benefit of the story (Sinclair’s departure became a major plot point in the third season) and the show’s marketing (Boxleitner being a much better-known actor who brought his own fanbase onboard).

Often replacing a lead actor happens early enough that they can reshoot all the material already completed by the original actor and the audience is none the wiser: French film actress Genevieve Bujold was cast as Captain Janeway on Star Trek: Voyager, but after two days realised she couldn’t handle the rigours of American network television and stepped down. Second choice Kate Mulgrew was available to take over immediately and general audiences didn't even know a swap had taken place. 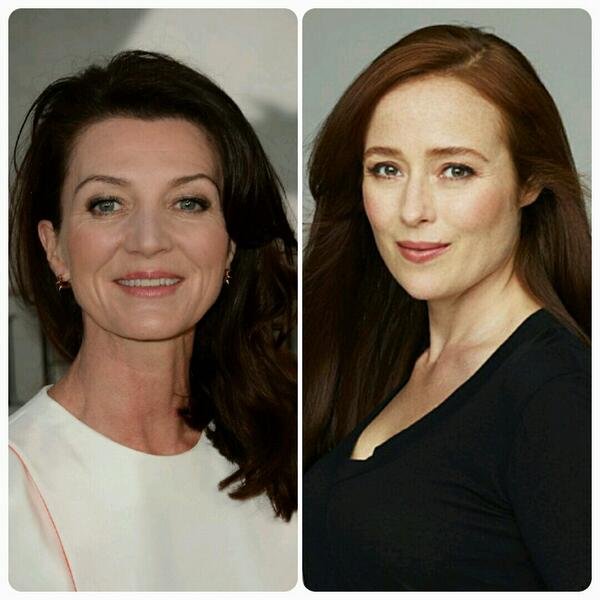 Slightly more problematic was the unaired pilot episode of Game of Thrones. Two major roles, Catelyn Stark and Daenerys Targaryen, was originally played by different actors: Jennifer Ehle and Tamzin Merchant. Both actresses gave good performances, but both had other things going on that made them reluctant to come back for the series proper: Ehle had recently become a mother and her family was based in New York. After realising the time commitment to the series for at least three years, she decided to back out. Merchant had not been excited by the script and was uncomfortable with the nude scenes in the pilot, but had been talked into doing the role because working for HBO could be good for her career. Her reluctance in the role came through in her performance and the producers agreed to let her go and recast. In both cases the replacement actors – Michelle Fairley and Emilia Clarke – became critically acclaimed in their roles and Ehle and Merchant have both gone on to success in other projects. Since HBO was deeply unhappy with the pilot and most of it had to be reshot anyway, it all worked out and casual fans were again none the wiser.

Recasting after a whole season is complete is less common, since simply replacing the character with a similar one is usually an easier option. Sometimes, however, the stature and importance of the character makes recasting the only option: Darrin on Bewitched, Aunt Viv on The Fresh Prince of Bel-Air and Becky on Roseanne all come to mind, where replacing key family members of the main character was not really viable and killing them felt a bit off-note for a sitcom.

Where the story is based on source material and the character is set up to play a major role further down the line, recasting becomes unavoidable. Game of Thrones became almost the king of recasting in this fashion. The Mountain was the most egregious example: Conan Stevens played the role on the first season, but bailed after being cast as an orc in Peter Jackson’s Hobbit trilogy, which he felt would be better for his career (in the event, he was replaced by CGI in the films, so this also didn’t work out). He was replaced at short notice by the show's resident “tall guy” Ian Whyte in the second season and then by Icelandic actor Hafþór Júlíus Björnsson from the third season onwards.

More noticeable, and important for the story, was the role of Daario Naharis. He was played by British actor Ed Skrein in the third season and then Dutch actor Michiel Huisman (poaching him from Canadian SF series Orphan Black in the process) in the fourth through sixth seasons. The replacement was originally said to be down to a scheduling conflict, but Skrein later refuted this and suggested it was more down to “politics.” Skrein went on to join the Transporter franchise and play the main villain in the original Deadpool, so the move did not hurt his career. 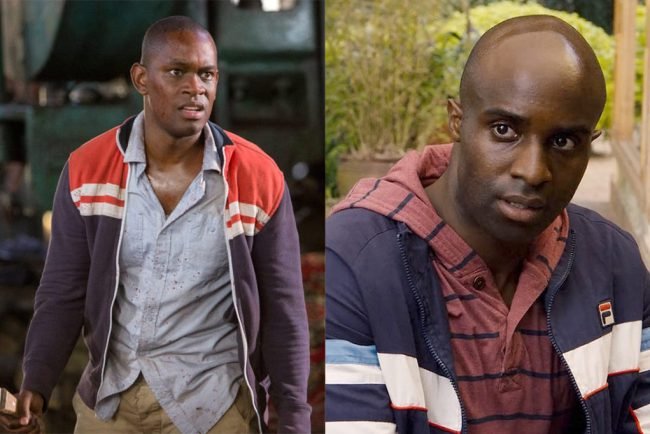 Probably the highest-profile recent recasting was in Netflix’s telepathic SF drama Sense8. The premise of the series was that eight people in different parts of the world would become mentally linked to one another, sharing feelings and thoughts. The nature of the show made recasting impossible, so it was a major headache when Aml Ameen, who played the role of Capheus “Van Damn” Onyango, left after filming the first two episodes of Season 2. Ameen had reportedly been very happy in the first season, but came into conflict with showrunner Lana Wachowski at the table read for the second season and this problem came to a head several weeks into production. Ameen was replaced by Toby Onwumere, who reshot all of Capheus’s scenes for the second season (which, given they were shooting on location in Nairobi, Kenya, was not inexpensive). Onwumere was acclaimed in the role and has since re-teamed with Lana Wachowski with a role in The Matrix Resurrections. The nature of the dispute between Ameen and Wachowski has never been revealed.

The reasons for Harris’s departure are unknown and could be down to anything. Many shows have recently faced difficulties retaining cast because of the COVID19 pandemic, with delays to filming backing projects into other projects actors were already committed to. The delays have also resulted in some actors not getting paid for longer periods, or only being the paid the same for what turned out to be a twenty-month shoot as they were for a planned eight-month shoot. There are also the regular possibilities of personality clashes with other actors or crewmembers, or discomfort with the scripts, or the late-breaking realisation that staying with a project for the long haul when it's shooting overseas will mean spending effectively years away from friends and family. Further speculation, although natural, is pointless without more information, which I suspect due to NDAs and contracts will not be forthcoming.

Suffice to say that we hope that the situation has resolved for the best for all parties involved, and we look forward to seeing what Dónal Finn can bring to the role of Mat Cauthon in the second season when it airs in 2022. In the meantime, we have eight episodes of Barney Harris as Mat Cauthon to enjoy, starting on 19 November this year.