Adam's Wheel of Television: On Casting the Man Alone

In the first of a new series, some thoughts on the latest Wheel of Time TV news. 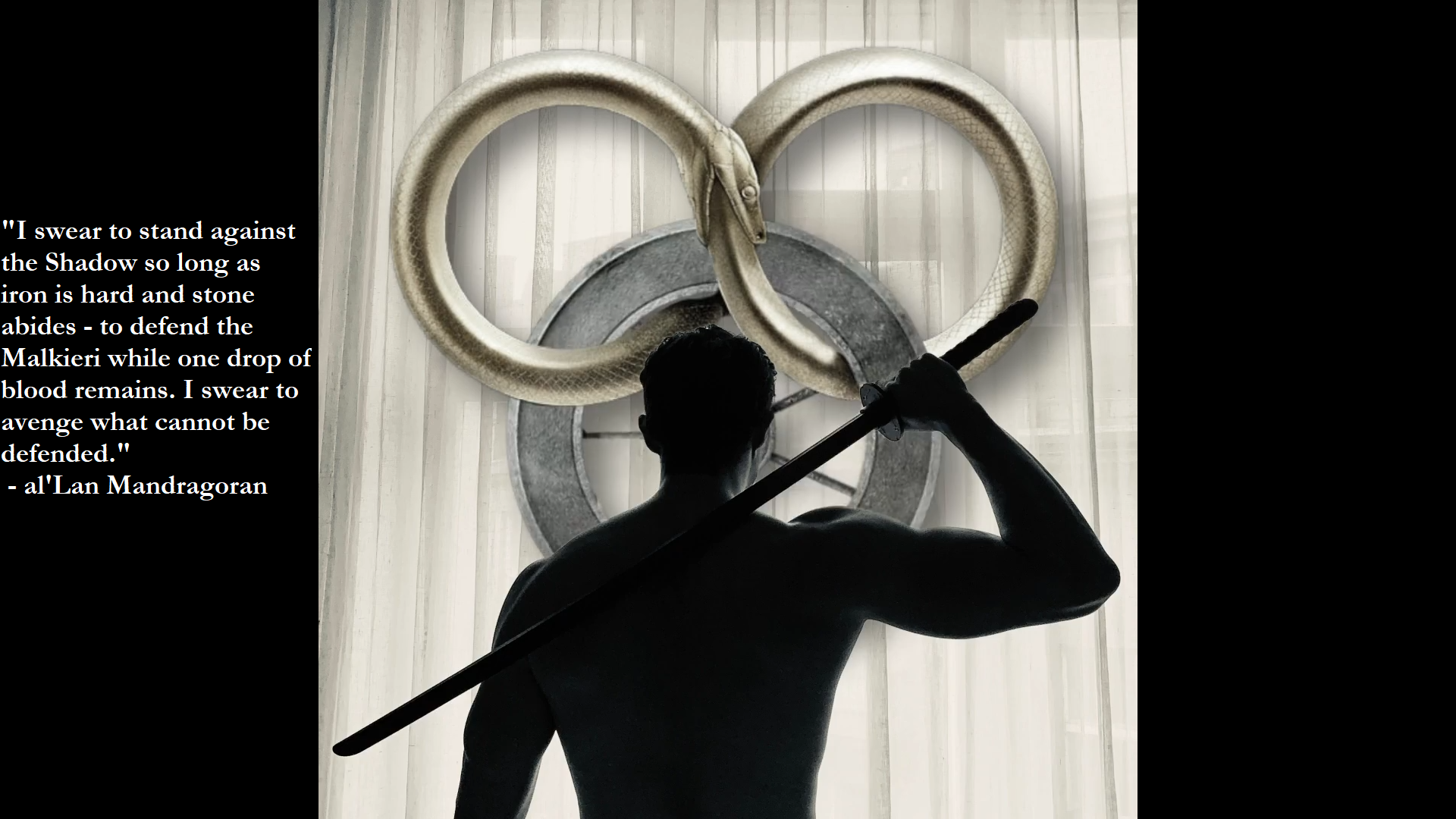 Adam Whitehead is Dragonmount's new TV show blogger. He'll be writing a regular column called Adam's Wheel of Television. Adam has been writing about film and television, The Wheel of Time, and other genre fiction for fifteen years. Be sure to check out his websites, The Wertzone and Atlas of Ice and Fire (including The Wheel of Time Atlas!) as well as his Patreon.

Casting for Amazon’s Wheel of Time TV series is in full swing. The latest to join the Two Rivers party is Korean-American actor Daniel Henney, who has been cast as al’Lan Mandragoran, the Uncrowned King of Malkier, Diademed Battle Lord of the Malkieri and an all-round, fan-favourite character.

In many respects, Lan is the closest analogue Wheel of Time has to Aragorn, the uncrowned King of Gondor in J.R.R. Tolkien’s novel The Lord of the Rings and memorably played by Viggo Mortensen in Peter Jackson’s film adaptation. Like Aragorn, Lan is the heir to a fallen lineage, who constantly questions himself and his abilities compared to his legendary ancestors. However, whilst Gondor still exists and Aragorn knows he can reclaim his throne when the time is right, for Lan he has no hope. Malkier has been destroyed utterly by the Shadow, absorbed by the Great Blight, and there is little to no chance that it will ever rise again.

Instead, Lan throws himself into his war against the Shadow, spending the first twenty years of his life in fierce combat training with Bukama Marenellin, the sole survivor of the band of Malkieri warriors who bore the two-year-old Lan from his homeland. Lan becomes skilled in the art of swordplay, eventually being acclaimed a blademaster, and declares war on the Blight. He wages his personal war for years, becoming respected and honoured for his drive. Only one event takes him away from his mission, when the Aiel cross the Spine of the World and the nations unite at Tar Valon to fight the Battle of the Shining Walls.

When Lan’s mentor Bukama is killed as a result of political machinations in Kandor and the manipulations of the Black Ajah (as related in New Spring), he is offered the chance to join Moiraine Damodred in her mission to find the Dragon Reborn and avert the end of the world. He agrees, becoming her Warder, and for two decades they scour every corner of the Westlands for any sign of the Dragon Reborn. Finally, destiny and the Pattern call them to the town of Emond’s Field in the Two Rivers district of Andor. Lan’s obsession with defeating the Shadow leads him to train the young men from the Two Rivers in the art of combat, but his mission acquires a new focus when he meets Nynaeve al’Meara, the village Wisdom, a resourceful and skilled young woman with a singular determination.

Lan is a major character in The Wheel of Time, although one (as with many) who sometimes sits out entire books in the series. His arc from The Eye of the World through A Memory of Light is one of finding hope and something to live for, and for finding reasons to live beyond pure revenge.

Daniel Henney is an interesting choice for the role. Born in Carson City, Michigan to a Korean mother and an Irish-American father, he was a star basketball player in high school and then a professional model. His career took him all over the world, but his South Korean heritage saw him picking up a lot of work in the Seoul film and TV industry. He crossed over into acting via the Korean TV drama My Name is Sam Soon, where he played Dr. Henry Kim. An acting career in South Korea beckoned, but was complicated by the fact that Henney spoke no Korean. He had to learn his lines phonetically whilst frantically cramming language lessons. Several successful roles in South Korea followed before he got his first acting gigs in the USA in 2009, on the TV series Three Rivers and in the film X-Men Origins: Wolverine, where he played Agent Zero.

His US career has included guest star roles on Hawaii Five-0, Revolution and NCIS: Los Angeles, and voice-over roles in Big Hero 6 (which he reprised for the spin-off TV series) and Mowgli. He is best-known for playing FBI Special Agent Matt Simmons in the Criminal Minds franchise, appearing in 47 episodes to date. He also played the same character on the spin-off Beyond Borders, for a further 26 episodes. Henney was initially reluctant to appear on a long-running US drama series with a heavy workload (especially as he remains active in Korean TV and advertising), but was impressed by the scripts where his character was positioned as both an action hero and also a more sensitive family man in a successful relationship. He felt that Asian roles in US dramas tended to be less traditional and was happy to play a role that in the past would have gone to Caucasian actors.

At 6 ft 2, Henney is certainly tall enough to fill the imposing shoes of Lan Mandragoran and his acting resume is nothing to sniff at, including comedy, action and romance. At 39 (40 in November) he is also a reasonable fit in age for Lan, who is 44 or 45 when the events of the first book begin. Henney is also a big book fan (his favourite author is Japanese author Haruki Murakami) and a major geek, complete with his own He-Man action figure collection. He is also a huge dog fan, with his dogs making frequent, unexpected appearances on his YouTube Q&A videos. Henney's videos are interesting, as they show a lot of thought and contemplation has gone into his career choices and how he embodies the characters he's playing. It'll be interesting to see the inevitable video where he talks about the decision to take on the role of Lan.

So we now have our Lan Mandragoran, and I'm sure all Wheel of Time fans wish Daniel Henney well in the role. But there are still a lot of characters still out there to be cast, including Tam al'Thor, Thom Merrilin and Padan Fain, and we'll be waiting to see if we get any more casting tidbits in the next few weeks.

Until next time, farewell.