Weekly Musings of an Insane Firebird: The Unique Concepts of MMOs 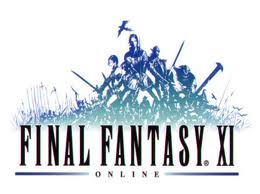 My reread was postponed until after A Memory of Light was released, so I was kind of stumped about what to do for this week. I've been enjoying some time off from work lately playing Guild Wars 2, Final Fantasy XI, Final Fantasy XIV, Dragon Ball Online (Taiwan version), and Tera Online. I've played a few others as well, but those are my preferred choices. After checking in on Dragonmount, I decided to go back to one of the games and it hit me--I like MMOs, so why not write an article about them?! I'm not going to get too deep into individual game specifics, but I will touch a little bit on the neat things that make the games stand apart. First, as you can tell, I'm really heavy into gaming. I run multiple accounts in several games so that I have a pocket healer or a place to stash extra stuff. Aside from that, I generally play a legit system, where I'm not running third party applications like the majority of the gaming community that goes endgame.

MMOs need the following things to really hold my attention: an in-depth storyline, better than average graphics, challenging endgame content, intense battle systems, and unique class systems. All of the games I listed above have at least one of those things except Dragon Ball Online (only due to the fact that I can't read it.) Below, I'll go into a little detail about each game.

I actually had no intention of buying this game. I stumbled across the last collector's edition box at the store the day it was released, and since I was slightly miffed that I did not get the CE of Diablo 3, I bought it on a whim. A good selling point on this game is that it is free to play (or F2P for the gamers out there), so you can play it when you want for however long you want and your pockets aren't getting any lighter unless you are buying Gems from the online store. Some of the big things I enjoy in Guild Wars 2 are the crafting system and music. I'm a bit picky when it comes to crafting systems. Most games get it wrong or make it too hard to get materials; however, Guild Wars 2 makes it easy because each craft other than cooking only has one primary material for each tier. It also allows you to level up your profession as you level your craft. My main character right now is level 40, and about half of those levels came from just capping Jewel crafting to 400. The music is epic, but I won't get too far into that because I plan on doing a video game music article soon.

This was the first true MMO I played, and this game is by far my favorite. I have been playing it for six years now, and I still try squeeze in a few hours a week. I bought this game because of the franchise name; I've always been a fan of the Final Fantasy series, so this game was a no brainer for me.The plotline is unique. It's not the same "go here, kill this" type of MMO that some of these newer games are. There are a lot of side quests like that, but the main storylines are something more. The Chains of Promathia and Treasures of Aht Urhgan storylines were two of the greatest storylines I have ever seen, even beating out some of the regular RPGs out there. The music was really good, and so was the job system. There are twenty unique jobs to choose from, and you can go to town and change jobs at any given point so you aren't stuck on the same job throughout the entire game. Seekers of Adoulin will be coming out in 2013. If you don't count the three scenarios and the three Abyssea sets as expansions, this will be the fifth expansion of the game. Although I love this game, I don't recommend picking it up as a new player. Due to the age of the game, it has become not very beginner friendly, and all that's left are the hardcore endgame players. The endgame in this game is rather intricate as well, requiring a diverse set of jobs to successfully clear events.

Like XI, this game was a must have whether it was top notch or a flop. The original release flopped, but Square Enix has made huge improvements since then. Final Fantasy XIV has improved on the job system of XI, and there are several battle mage jobs or attacker jobs with a two tier system. The base class allows for major cross-class customization for solo play versatility. Tier two is more structured for group play; however, you cannot unlock tier two until the base class is 30 with a second class being 15 (based on the base class). Again, like other Final Fantasy games, the music is top notch. The big thing that's new to XIV that XI didn't have is amazing visual graphics. The cutscenes still lack the voiceovers of later MMOs, but sometimes games are better without voiceovers. I recommend getting this game after the big revamp in December if you're going to get it, since it sounds like SE is releasing a lot of new stuff with it.

This game was more of just a fanboy type situation. I grew up watching Dragon Ball and Dragon Ball Z, so I had to at least try it. Currently, there is no English release for this game. The last I heard was this game will be released in English sometime in 2013. I play the Taiwan version of the game. It's difficult to play a game you can't read, but not impossible. The Taiwan version at least is free to download and play if you can manage to set up an account on the website. Overall, it's your standard "go kill this and come back" storyline with a few twists, since it allows you to play through some of the iconic scenes from the anime even though your character is technically fiddling with time. The class system is subpar; you get three races to choose from--Human, Namekian, and Majin. From those three races, you get two classes to choose from that have two paths later on in the game (though I'm not that far in the game). Honestly, this game is more suited for the anime fanbase and not the MMO community, which is not a bad thing, but it makes it a different kind of atmosphere in my opinion.

Tera is another game I played a foreign version of before its English release. Tera is now out in English, but I started on the Korean version. The big thing about Tera is the combat system--it's not a tab target auto-attack system. In Tera, it's hack-and-slash realistic combat. If you stand still in front of a creature, it's going to hit you, and there is no accuracy rating. You need to either block or evade depending on your class. The visual graphics in the game are insane; to play it on max settings, you need a decked out computer. The crafting system is simple but expensive. You have to buy certain materials and buy most recipes. Overall, even though it's your standard "go here and kill this" type of MMO, the combat system makes up for it most of the time. There is also a unique prologue function when you create new characters. You can try them out at level twenty before you really start at level one and it gives a bit of back story to why you're in the starting area.