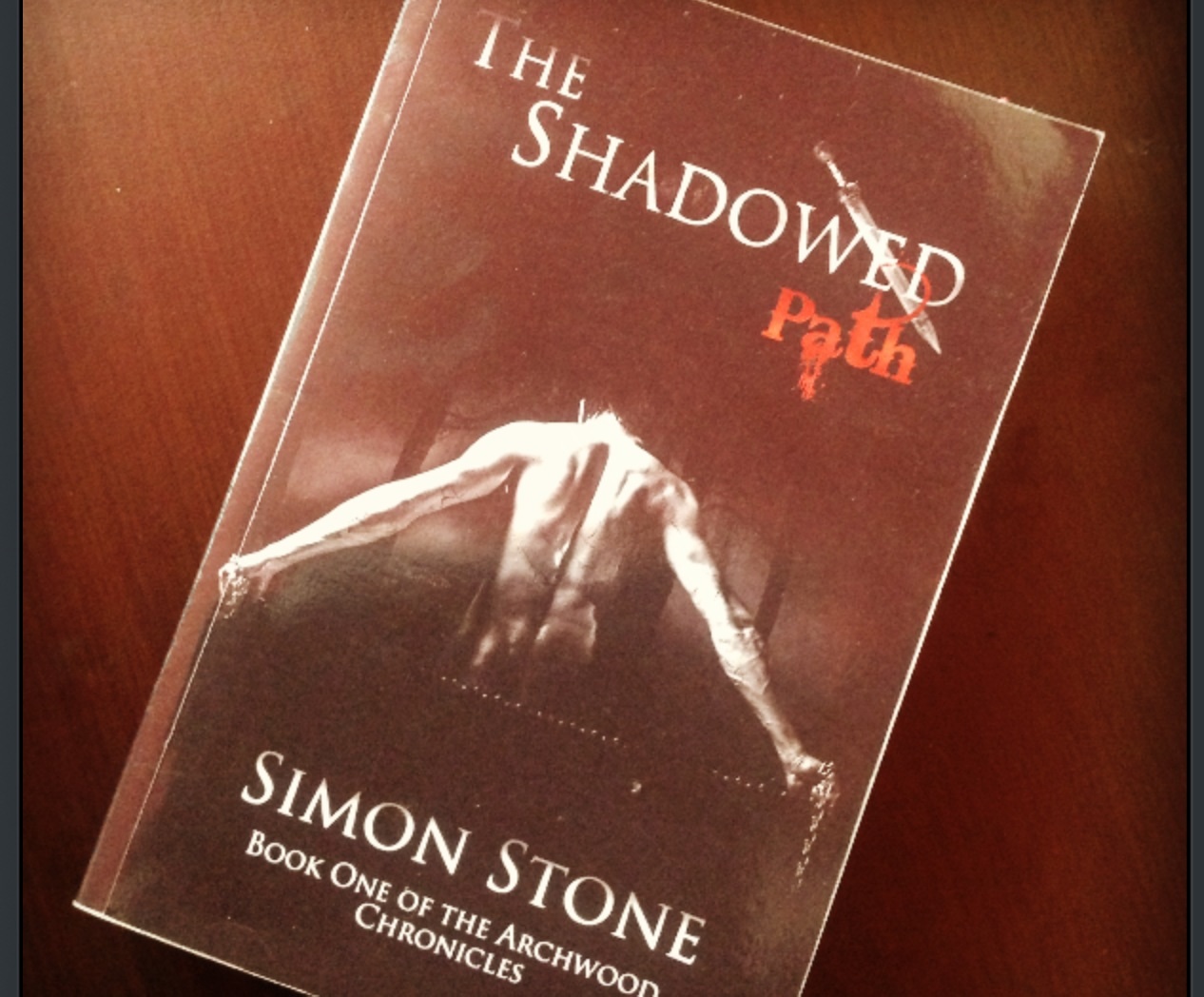 Hello, friends! The Wheel has turned all the way around to Thursday which means two things: it's nearly the weekend, and it's time for our Rotating Features blog!

This week it's time once again for a book review. I have recently re-read a fantasy novel called The Shadowed Path, by one Simon Stone. I have met him in real life and got chatting with him, and his story and that of his novel is quite interesting.

To be brief, Stone is not yet a well known author, although I wish him all the success in the world in the future. He is, however, at least in my opinion, an excellent writer. From what I know about Dragonmount, several of its members are in a similar position, which is why the story of Stone and The Shadowed Path might prove interesting and I decided to pass it on. Stone decided to self publish his book by making it available on Amazon. It is a fascinating concept which allows you to get that story you've been working on out there for people to read, and to get yourself and your friends a copy of it as a finished article, because as everyone who has tried to get into publishing knows, sometimes it isn't how good you're writing is, it's just getting that first break and getting your name at least a little bit known.

Why do I say that? Because Stone's The Shadowed Path is as good as many books I have read from the shelf of a library or book store, to be frank. I thoroughly enjoyed it. The writing style flows, the plot is interesting and fast paced, the action is well written and dynamic, the characters at once interesting and believable, and the setting is a little different.

The book follows the journey of three principle characters from a Roman-inspired fantasy setting into a nightmarish forest--and then shows not so much what happened to them, but how it changes them, particularly the main character, Marcus. Meanwhile a horde of horrifying monsters are on the rampage, an Aztec-like kingdom is seeking war, and the most intriguing part of the book, the waylander, famed for not being able to harm a living creature, are suddenly able to kill, and frighteningly good at it.

It's well worth a read. The Amazon store has both a Kindle eBook and a paperback edition. I enjoyed it enough to get the paperback. I'd recommend it to you if you're looking for a new fantasy read, something a bit different, and I hope you enjoy it too.