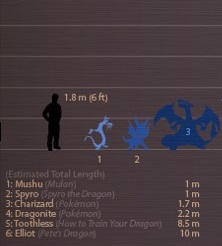 Today we are going to talk about dragons! A real staple of many fantasy fiction series', dragons of course play a prominent role in The Wheel of Time, although in a symbolic way as opposed to giant, flying, fire breathing lizards!

But dragons of all shapes and sizes fill many other fictional works. Drakes in the world of The Lord of the Rings, Middle Earth, were great beasts, servants of evil, as represented recently by Smaug, the last of the fire drakes in Middle Earth by the Third Age. If you have seen the recent film adaptations, you get an idea of the size and power of that type of dragon.

In one of the most popular television series' on air at the moment, A Game of Thrones, dragons play a very significant role, as the Targaryen's conquered Westeros on dragon back, and Daenerys currently has three... They were babies, but they are growing all the time... The Song of Ice and Fire mythology states that dragons in that world never stop growing all their life! and as such grow to some truly enormous sizes.

You may remember a while back that I reviewed Naomi Novak's Temeraire series! They had a take on dragons I enjoyed as it set them in Napoleonic battles, and again, they were large beasts capable of carrying several riders and crew--the counterpart to the Navy below.

These are just a few of the many different dragons in fantasy fiction culture.

Why are we talking about this?

Well, firstly, I want to let you all know that the Warders Guild here on the Dragonmount forums is currently having a cage match style event based around fictional dragons from many different forms of fiction. Many have already been nominated, preliminary rounds have been drawn up and voting is under way! So be sure to drop by and check that out and cast your vote--it may just be decisive!

Secondly, I found this interesting little graphic I thought I would share. It shows the relative sizes of various dragons across various fictional worlds, just to get an idea of how they would weigh up against one another should they ever all actually meet.

Then again, size isn't everything, right?