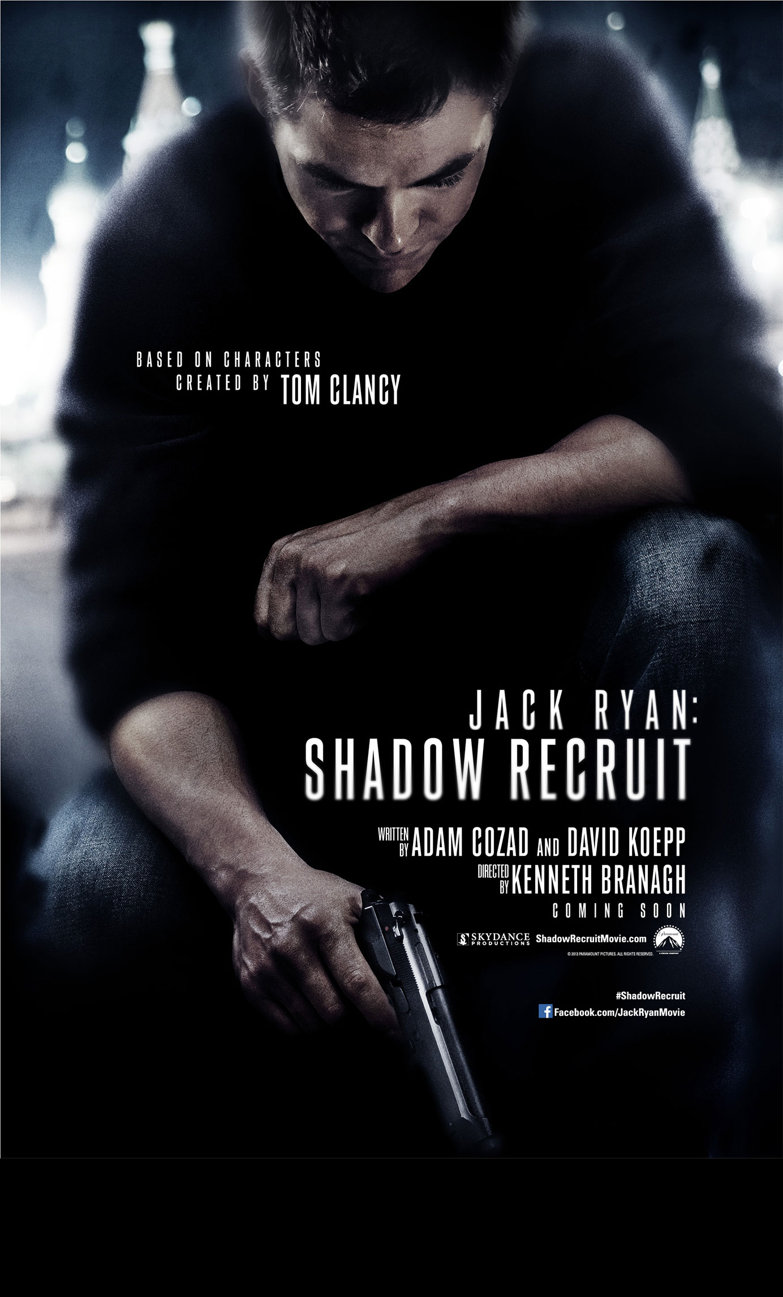 Just a quick one because I am on vacation in a forest and Internet is somewhat sketchy! This week my mind is focused on a film that comes out at the end of the week here in the UK which I'm looking forward to seeing: Shadow Recruit, the origins story of Jack Ryan, a character created by Tom Clancy in a great series of novels.

The character is portrayed by rising star Chris Pine, probably best known as James T. Kirk from the Star Trek reboot movies, and it looks to have a strong supporting role from Kevin Costner.

What's interesting about the character Jack Ryan is he is not a Jason Bourne style all-action hero--he is a highly intelligent analyst, usually desk bound, who gets thrust into the middle of a field operation. I'm hoping they play this up and have him think his way around situations.

Of course there are a lot of other films coming out this year too--Robocop, Marvel's Guardians of the Galaxy, a new 300 that looks epic, and many more.

[Editor's note: Shadow Recruit opened in the US January 17th, and is set to open in the UK January 24th.]