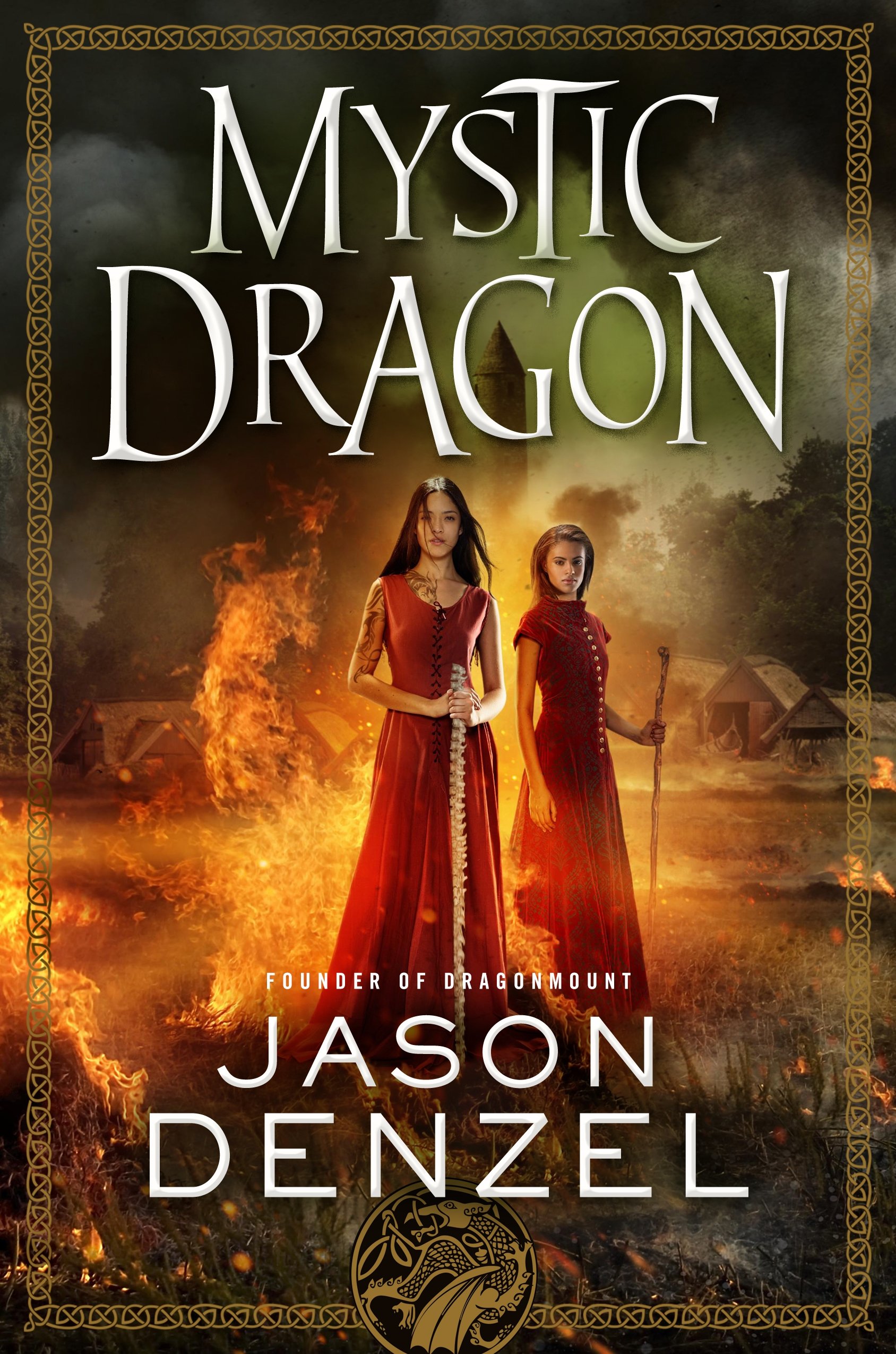 Today is the release day for Mystic Dragon, the second novel in Jason Denzel’s Mystic series.  This captivating story is a great addition to the series, expanding the scope of the plotlines, the characters, and the world.  Though I work with Jason as a part of Dragonmount, it's also amazing to see the author side of him.  It can be difficult to judge a friend's work of art, but I strive to point out the positives and the negatives as they appeal to me.  These are my honest thoughts on a well-constructed novel, one I enjoyed immensely!

Mystic Dragon picks up the story seven years after the events of Mystic.  Now, Pomella is a full Mystic, using her training, and her reputation as a commoner, to stop a slaver named Shadefox.  Shadefox has been taking the Unclaimed people of Moth and selling them on the Continent.  Her mission is cut short, however, by the celestial event known as Crow Tallin--which takes place once every sixty years.  Pomella is needed on Moth to help control the fay as Treorel, the Mystic Star, momentarily links the human world and Fayun.

However, Shevia, another Mystic, shows signs of going against the traditions of Crow Tallin.  Shevia has been given visions of the future and her intentions for the event counter greatly to what Pomella is instructed to do.  The two women must make some sort of agreement, or it will be a full-out war between them.  And Shevia’s powers are much greater than anything Pomella has ever seen.

From start to finish, this story was enthralling.  While the first novel focused on Moth culture, the world is expanded greatly in Mystic Dragon.  We see many of the other cultures of the world which solidifies it in the reader’s mind.  The countries on the Continent are very different from Moth, and they offer a contrast to Pomella’s upbringing.

Though the story takes place seven years later, those years aren’t lost.  Through flashback scenes, we get to see exactly what happened to Sim and Shevia during that time.  These scenes were among my favorite in the book because of how poignant the emotional reactions were.  Much darker than Mystic, this novel dwells on loss and pain, sadness and suffering, loneliness and abuse.  These times where the characters are at their lowest makes them shine so much brighter when we see them try their hardest to overcome what’s kept them suppressed.

As the time of Crow Tallin approached, I was constantly guessing the direction the book would take. It was completely unpredictable. There were so many ways the events could have played out, so many choices the characters could have made.  One surprise after another kept me in suspense until the very last page.

And Pomella.  I love her as a character.  Though she’s been a Mystic for nearly seven years, she’s never forgotten her commoner heritage.  Though powerful, she never lets that get in the way of her helping people.  She could live a life of luxury, but she insists on being among the commoners.  Her character has stayed true despite being so highly elevated.  She struggles through this book, she grows, and her future is still uncertain.

Cons:
The deaths.  I won’t give away who (or how many) die, but some of them devastated me.  Not to say these deaths were for shock value.  They had a purpose.  I hope the third novel will ease the pain at these losses, though.

This story was engrossing.  It was difficult to put down because I wanted to see how the events unfolded.  The pace kept the actions going, pulling me along with it, even late into the night.  The themes of loss and survival resonated strongly with me.  I am eagerly awaiting the conclusion to the series, as so many questions were left unanswered at the end of Mystic Dragon.

(Though Jason Denzel is the webmaster and founder of Dragonmount, my review is unbiased and honest.