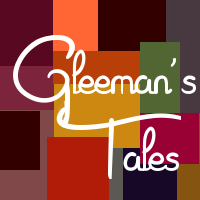 Happy Wednesday everyone, it's time again for some Wheel of Time laughs. I think we all remember, some fondly and some not-so-fondly, the countless pages dedicated to the Aiel confusion and incredulity with Wetlander customs, and vice versa. I thought this week I would share a couple comics and images that poke fun at this constant back-and-forth befuddlement.

First off, Wetlanders seem incredibly slow to catch on that every Aiel game somehow involves knives and spears.

Poor Bad Luck Brian. Reminds me of the time Mat Cauthon made a similar mistake with the Maidens when he agreed to play Maiden's Kiss in The Shadow Rising, hilariously illustrated by aiconx (whose Deviantart account has unfortunately since been deactivated).

On the flip side, the Aiel never can seem to understand the Wetlander's more, um, let's say non-violent brand of humor. Who can forget Rand's attempt at a joke in Lord of Chaos that bombed harder than the Guild of Illuminators Chapter House in Cairhien (oooo burn)? Here's a discussion about Rand's joke, if you don't remember. The deviantart user johnplaystuba pokes fun at the Aiel's incomprehension of Wetlanders in a couple hilarious comic strips.

Rhuarc...didn't find that so funny, I guess. Maybe Rand will have better luck?

The ways of ji'e'toh are as mysterious to Wetlanders as rivers, lakes, and oceans are to Aiel, and so it goes with their humor as well. This concludes Wetlanders vs. Aiel, a case study. Who do you find funnier?

See you all next week!