Crystal Fritz reviews The Unspoken Name by A. K. Larkwood, the first in the The Serpent Gates series. 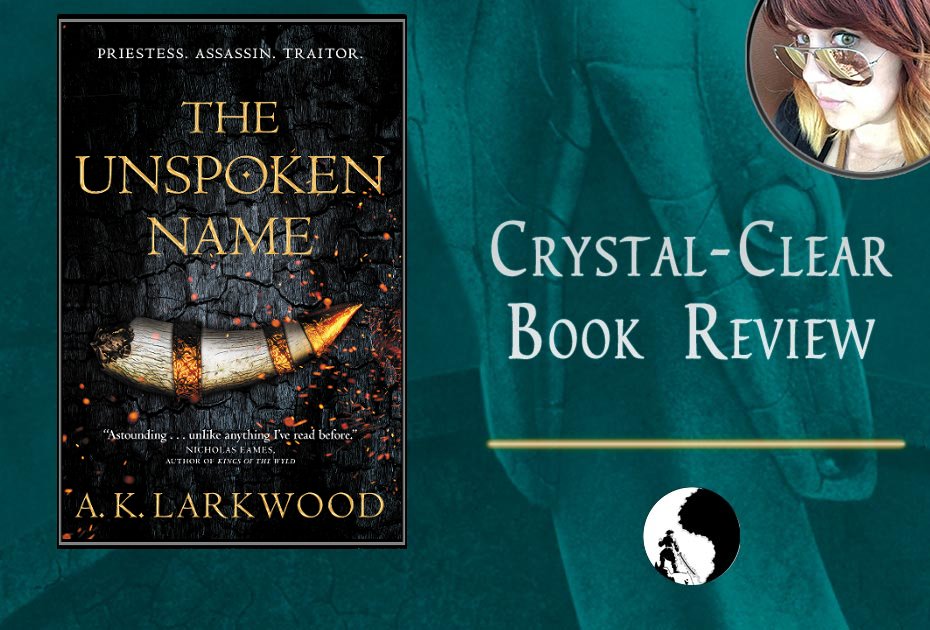 The Unspoken Name by A.K. Larkwood

Leaping into the unknown with a debut fantasy novel is equal parts trepidation and excitement. Will familiar themes enchant or disappoint? Will the author live up to the promises made in the book's synopsis? Can the book hold your attention to the very end? Diving into The Unspoken Name, I was intent to answer these questions and more.

From the first few pages, the novel struck me as something wholly unique and exciting. I was instantly enchanted by our humanoid protagonist Csorwe, and her willingness to walk headlong to her own demise. She was young and seemingly pious, and completely resigned to her fate. Csorwe was the Chosen Bride. While alive she prayed, gave blessings, dispensed prophecy, and walked ever closer to the day that she would walk into her god’s shrine and never be seen again.

Call it fate or simply a choice, but when the sacrificial day came Csorwe chose to flee her faith and live, rather than die in the tomb of her cruel god. She did not come to the choice to leave on her own, but rather was prodded towards heresy by a wise old wizard. From that moment the wizard, Belthandros Sethennai, became the compass that directed her life. Sadly, Csorwe’s life had been promised to her god from a young age, and debts such as those always seem to find a way to be paid.

Throughout the course of the novel Larkwood repeatedly puts her characters in situations where they are forced to make a choice between who they are and who they want to be. The gift of choice is presented time and time again, and yet fate always seems to intervene. At times it can become almost dizzying to keep up. There is often an abruptness to major changes in the novel that left me feeling a bit dissatisfied. What kept me turning the pages was the beauty and uniqueness of the world and its magic system.

A.K. Larkwood created a vivid universe that is a seamless meld of traditional fantasy, and science fiction. The lives of the characters are steeped in medieval mundanity and yet they travel using flying ships and a complex lace of a Maze that transports them between worlds. These two different styles were expertly blended and completely captivating. I also couldn't help but cheer the normalcy created around queerness. The love and lust felt between characters was both beautiful and compelling. The magic system, one which is derived completely through god worship and extracts a toll on the body, is also a compelling subplot throughout the story.

In whole, The Unspoken Name is an intriguing and promising debut novel. It is a modern take on the fantasy genre that has me curious about what the future holds. While the novel could certainly be a stand alone, I have a feeling it is not the last I will read about this world.

The Unspoken Name by A.K. Larkwood is available from Dragonmount's store as a DRM-free ebook. You can also purchase it on Barnes & Noble, Amazon, and your local independent bookseller.