Book Review: The Ruin of Kings by Jenn Lyons 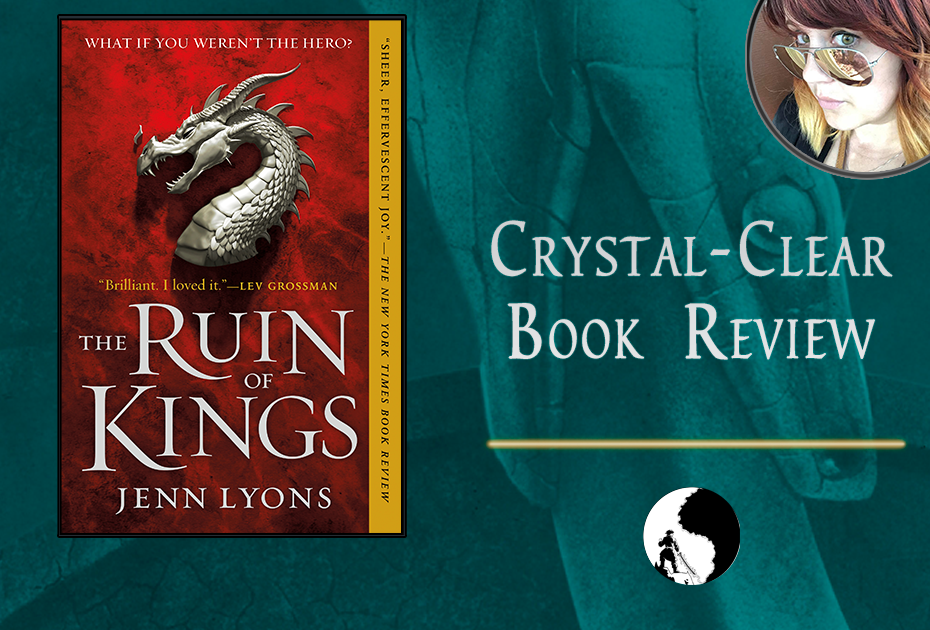 Intricate, complex, and engaging were the first words that came to mind as I dug into The Ruin of Kings by Jenn Lyons. The author creates for us an extremely well thought-out, vivid, and mature world that leaves this reader wondering if anyone truly has control over their own fate; or are we all simply pawns in a much larger game?

Our journey begins with a letter from a seemingly educated man of unknown origin named Thurvishar D’Lorus. In his short message, he informs us that he is our true storyteller. He has reconstructed this story from transcripts and eyewitness accounts of events. Thurvishar foreshadows for us the fall of a capital. Who he is, and what capital city he is speaking of, is unknown to us for some time. Our second window into this rich world is through the eyes and conversation between a jailor and her. The jailor Talon is a fierce and terrifying creature, that brings to mind for me, a sadistic and charming succubus, although that is not who or what she truly is. Caught in her trap is a witty young man named Kihrin, who seems more or less resigned to his fate.

It is Kihrins’ life and his journey toward his current confinement that we are following. We ping-pong through, chapter by chapter and year by year learning about how his life was twisted and changed by outside forces of prophecy and fate. Talon’s recount focuses on an earlier point in time, and it takes most of the novel before she and Kihrin’s tale converge to its inevitable end.

As this story is being told from the outside, our tale’s author Thurvishar includes footnotes on many of the pages meant to expand our knowledge of the history of the world. As you learn the “language” and history of the universe Jenn Lyons created the more captivating the story becomes.

The detailed complexity of this novel lends itself well to a quiet room and a glass of wine (or any beverage of your choice). It is clear to me the depth of the work that went into creating the many pitfalls and triumphs that drive the story forward. Lyons created an epic and fast-paced world filled with magic, demons, dragons, and heroes that leaves you wanting to know what is next for its cast of characters. I have already added the second book in the series to my reading list and am looking forward to discovering what happens next and answering the question(s) spinning in my mind.

What other books have you read that make you question the effect fate has on your life?

Hypothetically speaking, as a captive or prisoner, what affect would the discovery of the manipulative outside forces in your life have on you? How accepting or understanding would you find yourself while facing the grim prospect of future imprisonment or even, worse?

The Ruin of Kings by Jenn Lyons is available from Dragonmount's store as a DRM-free ebook. You can also purchase it on Barnes & Noble, Amazon, and your local independent bookseller.