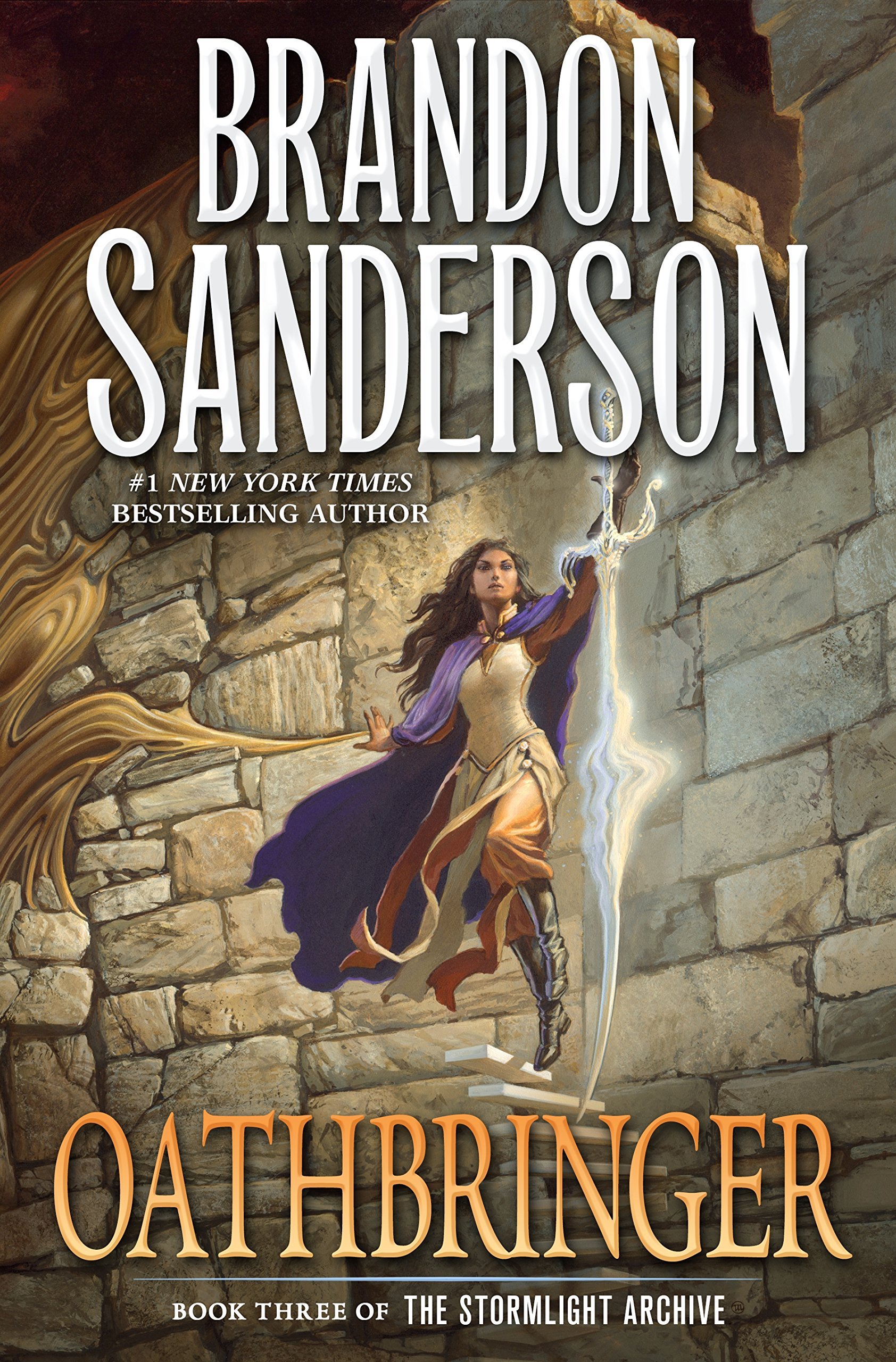 After battling against the Parshendi and their new storm, Dalinar Kholin and his Alethi troops take shelter in the city of Urithiru—the ancient home of the Knights Radiant.  They set up a base there to try and regroup as the Everstorm rages around the entire world.  Reports show that when the Everstorm hits a location, all the Parshmen change into warform and flee.  Besides the few groups of Parshmen that hurt or kill on their way out of the cities, this also leaves the nations without a working class.

As life settles in Urithiru, Dalinar and his Kights—Kaladin, Shallan, and Renarin—attempt to make peace with the other nations, and beg to use the Oathgates, which would transport people and supplies across the world instantly.  Very few monarchs take the bait, assuming it is a trap by the Alethi to conquer their lands.

Meanwhile, Alethkar suddenly goes silent.  No news comes from the city, or from Elhokar’s queen and child who still live there.  Elhokar convinces Dalinar to allow him to sneak into the city with some of the Radiants and try to take it back by opening the Oathgate.  In Alethkar, though, there are more than just Voidbringers and Fused.  There are also some of the Unmade, ancient spren who are splinters of Odium.  When Elhokar’s team runs into these creatures, it seems their mission is doomed.  The group (plus or minus a few of their numbers) is transported to Shadesmar—the realm of spren—and unable to return to their own land.

This world is so rich.  The characters are amazingly diverse.  The storytelling done here is among the best I have ever read.  Brandon weaves a world that is so tangible, so fleshed out.  His characters act like people, doing things that make sense to them.  Each is unique, with their own cares and concerns.  That’s tricky to do when you have hundreds of characters!

For this part of the story, I loved Adolin the most.  He’s really grown since being introduced as a shallow playboy.  I was actually concerned for him at the end of Words of Radiance.  When he killed Sadias, I thought Adolin would slowly go mad from the guilt.  Plus, he’s got a fiancé who’s a Knight Radiant, a father who is a Knight Radiant, and a brother who is a Knight Radiant.  I anticipated he’d eventually succumb to jealousy.  I was so wrong, and so glad I was so wrong!  Adolin is a caring, hardworking, slightly vain person who only has the good of the Alethi people in his mind.  I can’t get over how much I came to care for him during this book.

Also, during book two, there was a hint of something between Shallan and Kaladin.  I didn’t mind the idea, as Shallan and Adolin hadn’t really formed a deep bond yet.  However, in Oathbringer, when there are hints of a love triangle, I never once wanted Shallan to side with Kaladin.  Adolin is too good a match for Shallan.  They are very well suited.  And his handling of her increased shifts between personalities shows he cares for her, no matter her current form.  Near the end, there was a sort of Star Wars moment (similar to when Han tells Leia he’ll stay out of her and Luke’s way in Return of the Jedi).  Like Leia, Shallan sets Adolin straight, letting him know she loved him and that her other personalities can’t dictate her decisions.

Another piece I loved about this installment was Dalinar’s flashbacks.  We finally got to see his wife, Evi, and what happened to cause him to lose his memories.  I cried several times near the conclusion of the book, when Dalinar thinks of his lost wife, and the pain that returns with all his memories.  It was heartbreaking.  But, Dalinar is such an amazing character.  He’s strong.  He’s unyielding.  He won’t break under any amount of pressure.  I was also surprised how much I came to like Dalinar during this book.  I felt Shallan and Kaladin were more central to the first two novels, but Dalinar really shone in this one.  I think of him as the main character, the hero of the story, much more than Kaladin.

This story is huge.  Almost intimidatingly big.  There’s a ton of information and side plots, and considering the first two novels had just as much information and side plots… there’s a lot to keep track of.  While I enjoyed all of these stories so far, I can’t reread them before each release.  They don’t enthrall me the way Wheel of Time did.  So remembering what happened to one minor character in the first book and piecing it together with what’s happening in the third book is rather difficult.  The online synopsis was very helpful with refreshing my memory, but it doesn't even come close to listing all the minor plot lines that weave through this story.

This tale is a great addition to the whole of the series.  It was the book I enjoyed most out of the three.  I loved the way the characters’ lives developed (particularly Adolin and Shallan) and how they all fought together in the final battle in the novel.  When Dalinar stood before Odium with his assembled Knights, my heart rate sped up.  It was a powerful moment.

You can purchase a copy of Oathbringer from Dragonmount's DRM-free ebook store.