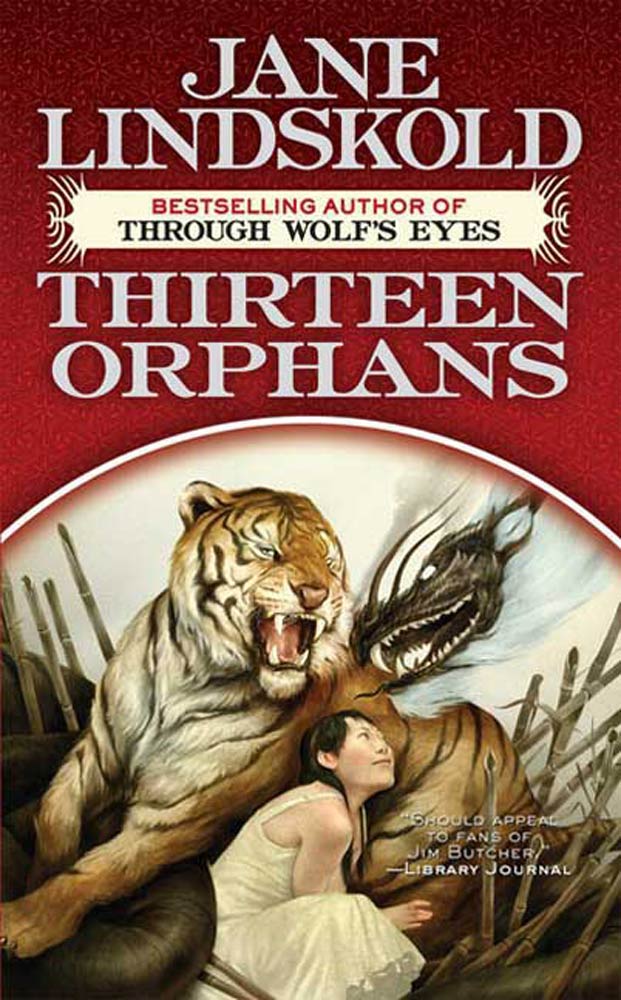 Welcome to another edition of Dragonmount's Fantasy Review.

College sophomore, Brenda Morris, is taken by her father to meet an old family friend in northern California.  When the man, Albert Yu, shows up with an obviously altered personality, Brenda's father calls for help from Pearl Bright, a famous, but aging, movie actress.

With Auntie Pearl in the picture, Brenda is finally told the truth about her heritage.  Her father comes from a line of magicians who were exiled from a different world: the Lands Born from Fire and Sacrifice.  He is the Rat of the Chinese zodiac, and is able to perform all sorts of spells.  Brenda is her father's successor, and will inherit all his skills when he dies.  Auntie Pearl is the Tiger—the oldest of the Orphans, and unofficial leader of the group.  Their ancestors fled from the Lands with the child Emperor to keep him from being assassinated—Albert Yu is the descendent of the Emperor, the Cat of the Zodiac.

Brenda is thrust into the middle of struggle between the Orphans on Earth, and their counterparts back in the Lands.  Their foes are stealing memories of the Orphans, as well as their magical powers.  When Brenda's father's memories are stolen, she must step up into her role of the Rat, whether she's ready or not.

The magic system of this novel is based on the symbols and combinations used in Mahjong.  I loved how new it was—not the same old magic systems.  Even with little knowledge of the game, I was able to follow along well enough with what the characters were doing to invoke this magic.

The character development is interesting.  The story is split between two character point-of-views, Brenda's and Pearl Bright's.  This gave great contrast to the situations they encountered—Brenda seeing everything as a young woman who knows nothing of the Orphans or their powers, and Pearl who is the oldest of the Orphans and has the most power and understanding.

Brenda also begins to develop feelings for one of the members of the rival group.  Despite the typical Romeo and Juliet parallel, Brenda's feelings offer insight to her character, as well as those of Foster—the rival Tiger.

And most of all, I love how Brenda's relationship with her father changes over the course of the story.  When his memories are stolen, he cannot help against the enemies.  Brenda is left alone to try and use the Rat's powers.  At the end, when his memories are restored, he begins to resent her newfound ability.  It brings an interesting dynamic into the story for the next book in the series.  I really enjoyed how Brenda's abilities added to the confusion instead of solving the problems.

The writing style was a bit sloppy, in my opinion.  The flow wasn't as good as it could have been.  I also wish more of the Thirteen Orphans could have been worked into the story—we are only introduced to a few of them.  Also the magic system, while interesting, could have been explained a bit more.

The concept of this story appealed to me so much; it made reading it a cinch.  I didn't get bored or disinterested at all through the novel.  The characters intrigued me, and their different personalities really made their interactions believable.  I will definitely read the next book.  The second in the series is Nine Gates; the third is Five Odd Honors.

If you're interested in giving this book a try, you can buy it DRM-free, here, from Dragonmount's eBook store!