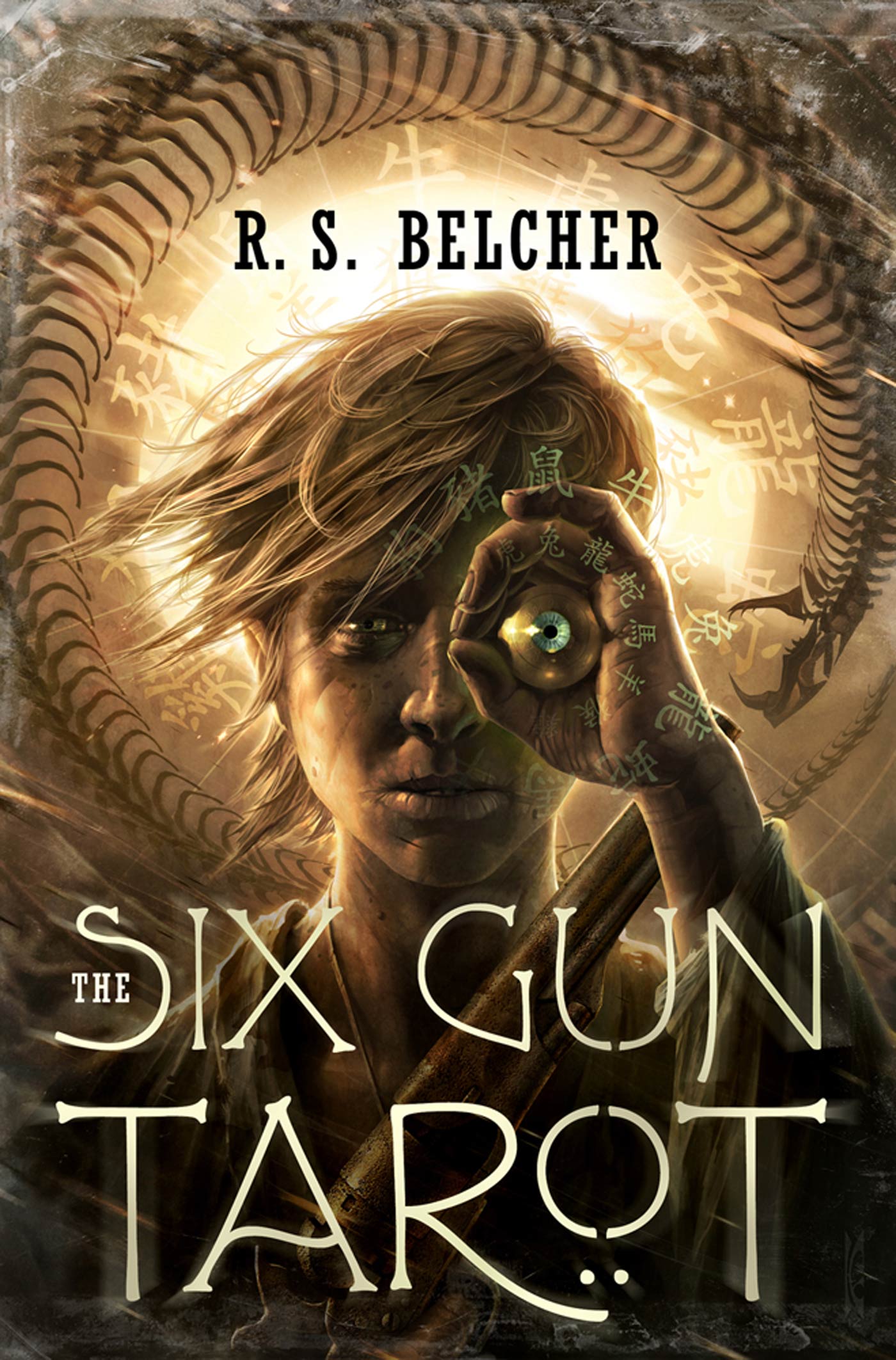 In the past, Dragonmount has occasionally featured reviews for other books within the sci-fi/fantasy genre.  We're going to start that up again!  So, on the first Wednesday of every month, one of the Front Page Bloggers will feature a book they recently read.  Feel free to add your thoughts about the book in the comments section.

The setting is Gulgotha, Nevada in 1869.  Jim, a fifteen-year-old, is on the run from the law, trying to find a place of safety.  Or, is it the mysterious jade eye, the last memento of his dead father, that's drawing him to the town of Gulgotha?  When he gets to town, Jim is taken under the wing of Mutt—a Native American deputy—and Sherriff Highfather.  But magic is in the air, and Jim's arrival might be the only thing that will save the people from an ancient evil.

A battle that predates the world—a battle between angels and demons and the darkest evil—is about to unfold in the small town.  The folk need to band together, each with their own abilities, and save Gulgotha from the clutches of darkness.

This book's main drawing feature is the character development.  Each character is unique, with a rich back-story and relatable motives.  Jim—arguably the main character—has trouble in his past for killing a man.  He's so young, but still so tortured by his decisions.  Mutt, the deputy, is only part human—the other half comes from his deity father, Coyote.  This makes him an outcast with the humans, and his supernatural family.  Sherriff Highfather has saved the town from countless evils, including giant bats and a ghoul in the graveyard.  He is interesting because he cannot be killed.  He's been hanged three times, and still has not died.  The rumors around town say it's because "it's not his time."

There are other great characters too.  Maude Stapleton trained with a pirate queen in her youth and passes on her skills to her daughter.  Harry Pratt, the mayor, hides his homosexuality behind multiple wives.  And there are even angels: Biqa, who refused to fight for God in His battle to gain supremacy over the cosmos, and Lucifer.

The way the characters interact with each other and their surroundings is what makes this story so incredible.  Everyone has their secrets, most of them dark; as dark as the evil that surrounds their town.

One of the few things I disliked about the book was the point-of-view switches.  It was written in omniscient point-of-view—meaning the reader can see and hear every character's thoughts.  This made it difficult to tell which thoughts were attributed to which character.  There were no scene breaks to let the reader know they were in someone else's head.

Still, Belcher did a fairly good job with the difficult point-of-view.  It hampered the story, but didn't crush it.

This book kept me interested for every page.  It had a dark, and sometimes gritty, story line, but also humor, and the possibility of redemption.  There were themes of faith, of letting go, of forgiveness, and of revenge.  It had something to please any reader.

If you're interested in trying out this book, you can buy it from Dragonmount's eBook store.