Fantasy Review: The Shards of Heaven 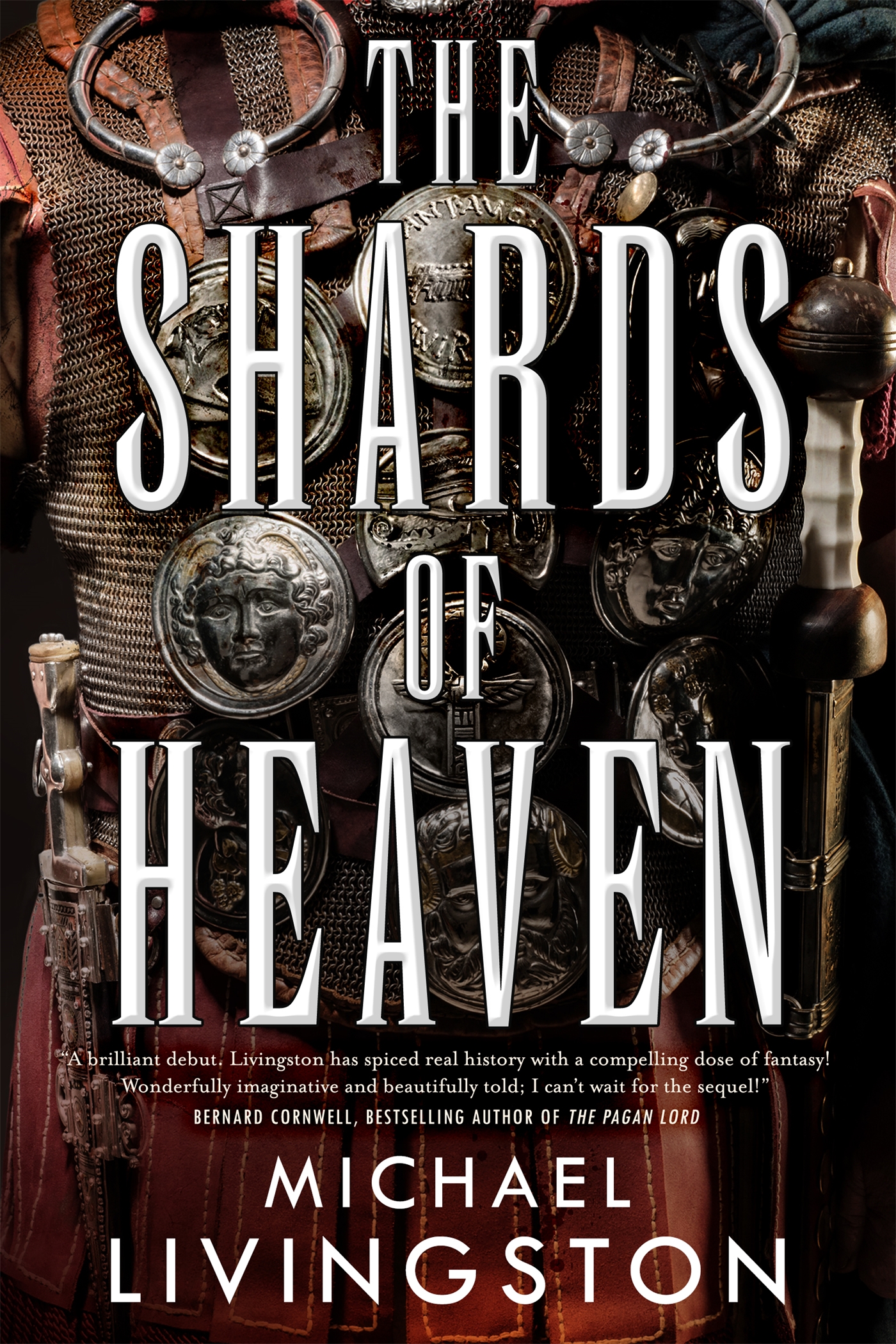 Today's Fantasy Review is on the upcoming book The Shards of Heaven, by Michael Livingston.  I was fortunate enough to hear Dr. Livingston speak on several panels at JordanCon this past April, and his description of the series had piqued my interest.  He is an obviously intelligent man, with exceeding knowledge about ancient cultures.  With such a master at the helm, I had high expectations for this book, and I was not disappointed.

The Shards of Heaven

After the assassination of Julius Caesar, Rome is sent into civil war: those who side with Caesar's wife, Cleopatra, and Mark Antony, Caesar's best general, versus those who side with Octavian, Caesar's adopted son.  To save the life of Caesarion, her child with Caesar, Cleopatra flees with Antony and sets up her base of power in Alexandria.  Octavian, on the other hand, fortifies Rome and plans to have it whole again soon.  Juba, another adopted son of Caesar, begins to search for the Shards of Heaven—fragmented pieces of the power of God.  Juba finds one of the artifacts, and delivers it to Octavian.  With so much power finally in his grasp, Octavian begins his war on Egypt and Caesarion.

This tale is heavily grounded in history.  But, Livingston never lets that overwhelm the reader.  Each person, event, place, or temple is detailed so well that having no prior knowledge of this timeframe does not hinder the story at all.  It makes the history lessons easily understood and exciting.  The details are so rich and vivid.  Each character's point of view is fleshed out in such a way that even the antagonists are sympathetic and endearing.  Juba, for instance, had all the right motivations to set him on the path he took—every step was logical and believable.  He might have been my favorite out of all the characters because he acted out of necessity and self-preservation—even when doing "evil" deeds.  I hope there's redemption for him as the series continues.

Themes of honor and tradition really bring the story to life.  The Roman culture is heavily ingrained in the soldiers who sided with Antony, and who now protect his and Cleopatra's children—Selene, Helios, and Philadelphus.  And at the same time, the children—including Caesarion—are brought up with Egyptian values and beliefs.  They are likened to gods on earth, taught to keep their faces impassive and emotionless.  The clash of cultures and religions is a driving force behind many of the characters' actions, and their faith in gods or God become integral to the plotlines.

Despite the interest of the assassination attempt in the prologue, the story had a somewhat slow start.  The first few chapters focus on the more political conflicts between Octavian and Mark Antony, and the impending war.  However, once Juba begins to use the Trident of Neptune, the action never lets up.

This story was immensely gripping and enjoyable.  The immersion into the ancient cultures fascinated me, despite my less-than-favorable view on history lessons.  The details about the world were so exact.  I'm anxiously awaiting the next in the series to see how these characters will adapt to the consequences and resolutions of the war.

The Shards of Heaven will be released November 24th.  You can preorder it from Dragonmount's eBook store.  For more information on Dr. Livingston, please check out his website.