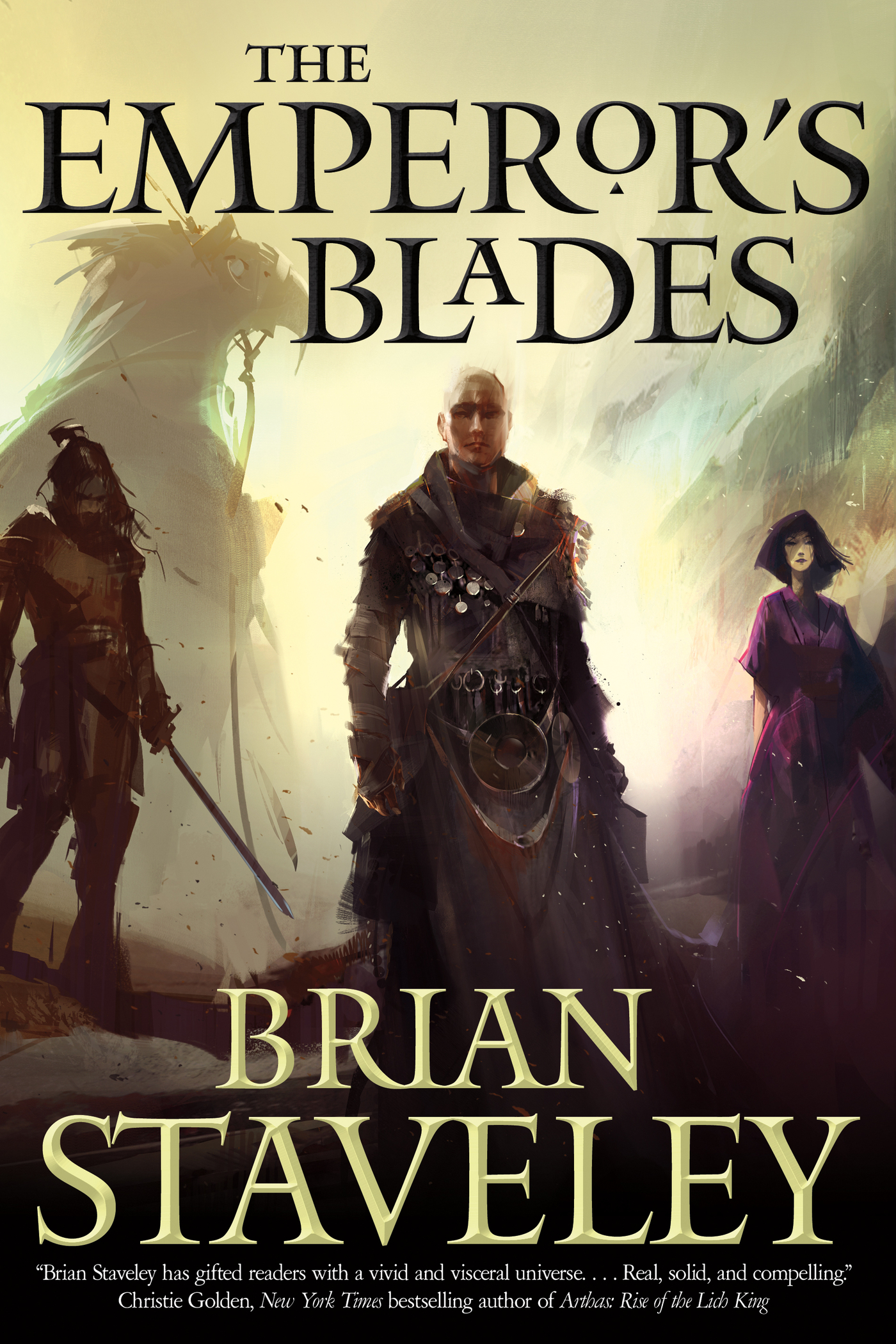 Welcome to another edition of Dragonmount’s Fantasy Review.

For this edition, I am examining The Emperor’s Blades: Chronicle of the Unhewn Throne (Part I) by Brian Staveley. The sequel, The Providence of Fire,  is due to be published in January, 2015.

The Emperor of the Unhewn Throne has been assassinated by an unknown murderer, leaving behind three children: two sons and a daughter.

His heir, Kaden, has been away for eight years, training with monks in a distant, remote monastery, learning the ways of the “Blank God” and the mysteries of the vaniate, or “nothingness.”  His training is spiritual and emotional, and deemed necessary to rule in the Unhewn throne. Mysterious creatures have returned, killing off monks and novices, and suddenly, the monastery is no longer a safe place for the new Emperor.

Meanwhile, during the last eight years, the younger son, Valyn has been training to join the Kettral--a group of fierce warriors who fly enormous birds into battle. After hearing of his father’s murder, Valyn becomes suspicious of the other Kettral Cadets, afraid for his life and that of his dearest friend. His driving goal throughout the story is to complete his training and go warn (and possibly rescue) his brother from would-be assassins.

While her brothers were away learning to be a monk and a soldier, the late emperor’s daughter Adare has become finance minister. She is bright, intelligent, and fierce. She holds the kingdom together after her father’s murder, and is seeking vengeance against his killer while patiently waiting her brothers’ return.

I like the shifting points of view between the three siblings of Kaden, Valyn, and Adare.

I enjoyed that Adare seems to be a strong, competent, independent girl. Yes, she’s a princess, and yes, she becomes a minister of finance for the Empire upon her father’s death, but she is competent enough an individual that no one seems to question the appointment as nepotism. It is through Adare’s POV chapters that we learn about the intricacies of the Empire.

I also enjoyed that there was a younger brother without overt “jealous of big brother” tendencies. Valyn has his own dreams, to become a Kettral, and he does not seem to care that he won’t inherit the Unhewn Throne.

I wish that we had more of Adare’s perspective. Her POV chapters were scattered throughout.  The concept of vaniate is a little esoteric.  I really hate the idea of the “army without a family” like Staveley uses for the Kettral (or that George R.R. Martin uses with the Night’s Watch and the Kingsguard). That’s a personal preference, however, and does not interfere with my enjoyment of the story as a whole.

4/5.  I’m excited to see what happens in the next adventure of the story!

If you are interested in reading this book, it can be purchased from Dragonmount's eBook store here.