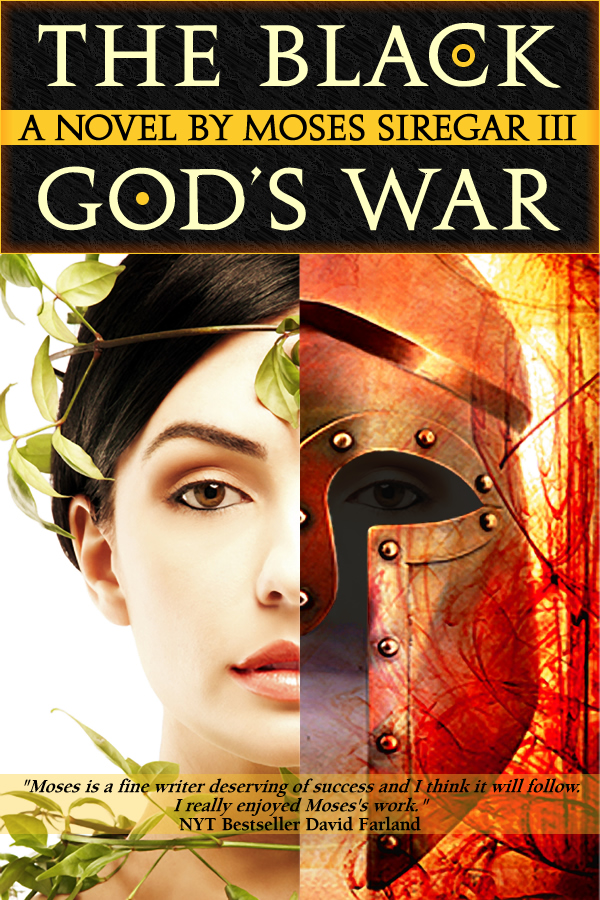 As you may have noticed there have been Fantasy Reviews for the past two months. This month's book is The Black God's War: Splendor and Ruin by Moses Siregar III.

The story revolves around a war between two groups, the Rezzians and the Pawelon. The kings of both countries won’t settle for peace easily. They want annihilation of the other group. Caio, the spiritual leader of the Rezzians joins the war at the same time Rao, the Pawelon prince, joins it. Both sides hope that it would help in victory of their side. But both princes want peace.

Lucia, daughter of the Rezzian king, gets a message from the Rezzian god of death, Lord Danato, that the war would continue on for another ten years unless she journeys to his Underworld. Lord Danato has been plaguing Lucia for years ever since her mother died while giving birth to Caio. Lucia doesn’t believe what he says but it may be the only way….

The story has an interesting plot. It keeps you interested as you try to figure out the plot, Lord Danato’s role, and who will win the war.

The characters also keep you interested. Lucia’s life, her pain, her struggle, her choice make for an interesting read. Then there is Caio, a gentle person who channels the power of the goddess Mya to heal others. Rao, who wants peace for his people. Naryani, Rao’s lover who would do anything to protect him. Aayu, Rao’s bhai, who would help Rao with anything. Indrajit and Brirarji, two Pawelon generals with less than clear motives.

Both races don’t understand other’s magic and think them to be superstitious. The Rezzians believe in ten gods (though Lord Danato is mostly forgotten) and pray for the gods to help them. The gods do listen to their prayers and answer them. On the other hand, the Pawelon magicians are sages who have their sadhana for magic.

The story arouses sympathy for both the sides. The events are introduced through Lucia at first, and the incidents which happened to her could make anyone feel for her. So, the story starts with sympathy towards the Rezzians. As the story introduces us to Rao and the Pawelons, and we come to know about what all they have suffered, it makes us sympathize with them. Through the whole story, I wasn’t able to decide who to support.

The story can go slow at times. Some events stretch for too long and suspense is kept for too long that it starts to lose its effect.

There are too many references from places. The chapter titles hint at Greek Mythology, the Pawelons hint at Indian, and there are more that I didn’t figure out. While they are interesting, I put them here in cons because I don’t know if everyone will like the terms from foreign languages. Most of the Pawelon names are Indian names and many words you may not understand are from Hindi/Sanskrit.

I kept drifting from the story and had to leave it at times. But for all the faults the story kept me interested and thinking about it at weird times.

If you want to read it, you can buy it here at Dragonmoun'ts eBook store.