Fantasy Review: Sixth of the Dusk 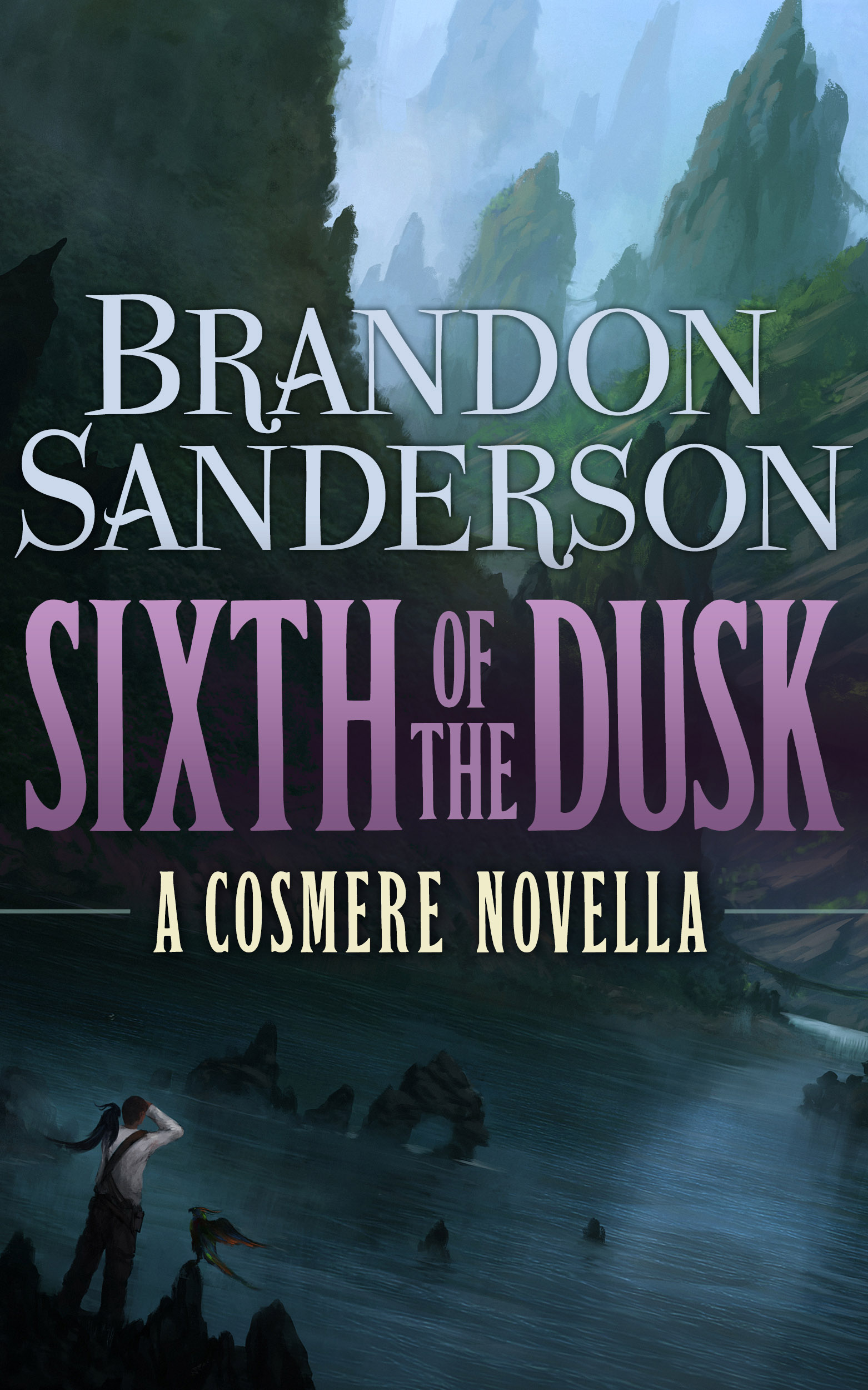 This will conclude our special edition of Dragonmount's Fantasy Review for Shadows Beneath, the short story anthology put together by the Writing Excuses podcast team: Mary Robinette Kowal, Dan Wells, Howard Tayler, and Brandon Sanderson.  This review will be on Brandon's story "Sixth of the Dusk."

Sixth of the Dusk is a trapper who lives and works on the island of Patji, an island more dangerous than any others in the Pantheon.  Even the smallest insects can kill.  During a routine visit to his home island, Dusk encounters Vathi, a scholar trained on the mainland; though she shares his heritage, she has never trained on the deadly islands.  Her team of explorers is there to gather information on the birds, the Aviar, of the Pantheon.  Each bird raised on the islands has a special power, depending on its breed.  The townsfolk on the mainland want to trade and expand their power with the Aviar as their bargaining chip.  But Dusk knows the islands secrets and is hesitant to share with Vathi, who may use it to their own downfall.

This story was fantastic.  I had heard the podcast before reading, so I knew the general plotline of this story, and the secrets of the Aviar.  But even knowing all that, this story still shocked and surprised me.  There was so much more at stake than just the birds' secrets.  And Brandon spun that side of the tale like a master.

One of the major themes was the advance of technology versus the preservation of nature.  Vathi wanted to settle the island, tame it.  Dusk sought to keep the old ways alive, keep the island and the animal inhabitants wild.  They represented conflicting views on this issue.  And each one had a valid reason and motivation for feeling the way they did.  Their beliefs and their ultimate goals really defined the story.  There was a lot to think about after the story was finished.

I admired Dusk as a character because he had some difficult truths to face, but did it gracefully.  He could have easily struggled, making his fate more tragic.  But using logic, he could see the truth of the situation and acted the way he must, rather than the way he wanted.  And Vathi did this too.  Her decisions were just as difficult.  She could have taken the easy way, but after surviving on Patji with Dusk, she realized he was right about a lot of the situation as well.  It was a nice balance, a symmetrical alliance between the two sides.  It didn't feel forced, or overly wrapped-up.  It just fit.

There aren't many cons with this story.  I may be biased, but I believe that Brandon's stories continue to improve.  I've read several of his short fiction stories, and they have been just as remarkable as his longer novels.  This tale is no different.  The shorter length may appeal to some who don't have a taste for his 100,000 word long novels.  At the same time, the shorter length may give the reader a glimpse of the world and characters, leaving them only wanting more.  One thing I will mention as a con is the humor.  Brandon's dialogue can be very witty, but sometimes it does feel a bit forced.  Vathi—like Shallan in The Way of Kings and Sarene in Elantris—makes comments that are funny, but seem so out of place within the story.  I've often compared it to the television show Gilmore Girls, where the main characters have all the right quips in all the right situations.  It's difficult for me to buy too much of that.  But, that's definitely a personal taste, and in no way takes away from the lasting effects and message of the story.

Knowing the plot beforehand, and knowing how much I enjoyed Brandon's other works, I was expecting a lot from this story.  And I can honestly say that it was even better than I expected.  That's difficult to do when I had set the bar so high to begin with.  Anyone who admires Brandon should read this story because it's among the best I've read by him.

If you're interested in listening to the Writing Excuses podcast pertaining to this story, check out the links below.

And, of course, you can purchase this book from Dragonmount's eBook store here.  You can also purchase "Sixth of Dusk" on its own, without buy the rest of the anthology, here.