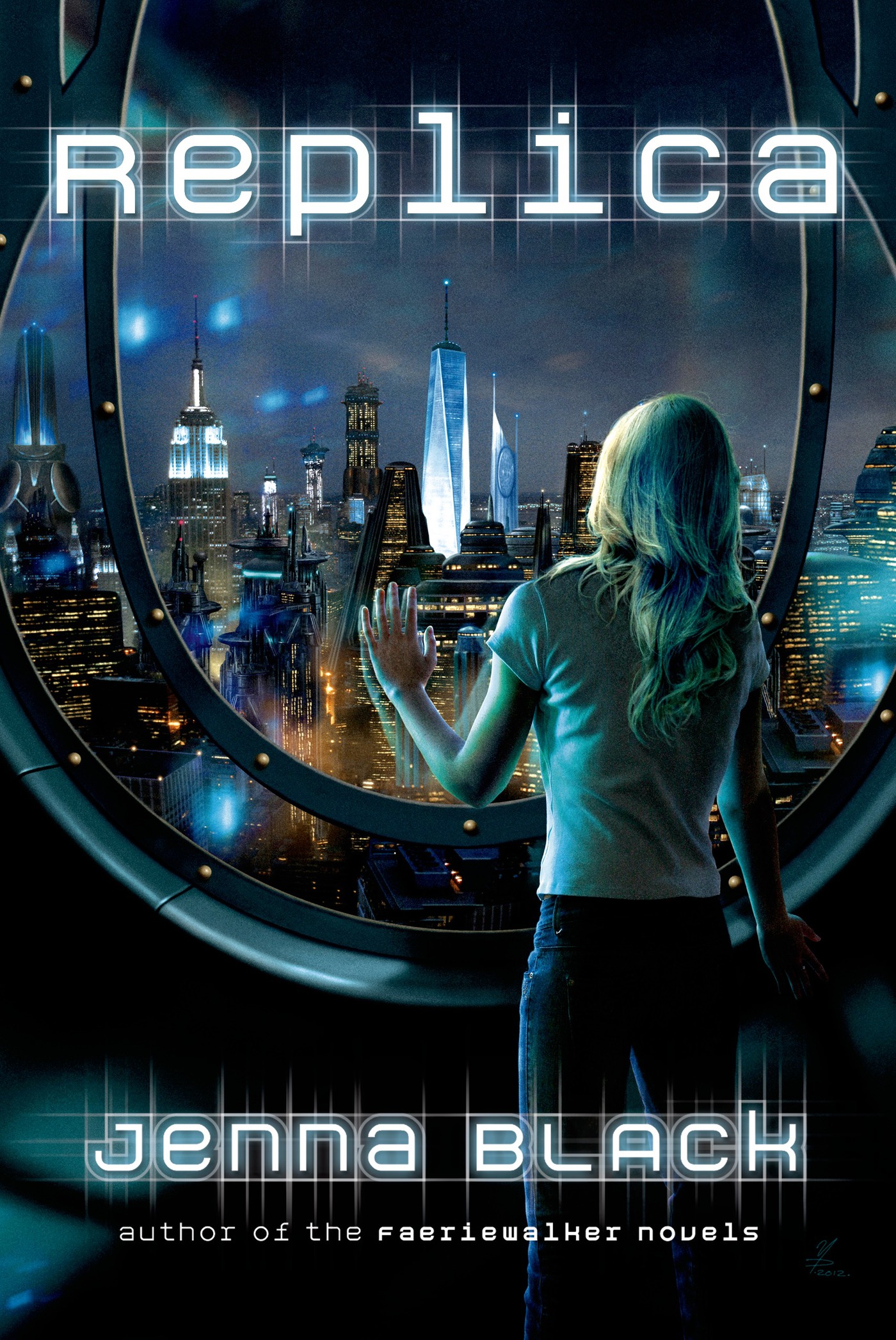 As you may be aware, Dragonmount has occasionally featured reviews for books within the sci-fi/fantasy genre. We are now making this a regular, monthly feature. On the first Wednesday of every month, the Front Page Bloggers will feature a book that we’ve recently read. Last month, Mashiara Sedai reviewed The Six-Gun Tarot by R.S. Belcher.  Feel free to add your thoughts about the book in the comments section.

The setting is in the futuristic “Corporate States.” Corporations have taken over the governance of the states, and the former State of New York has been bought out by a company called Paxco. Paxco is the company that has led the charge in manufacturing human replicas. Replicas allow a person to live on once the body has died: a replica is a near-perfect clone of a human being--and because they are updated monthly, replicas have most of the memories of the original body. The book is told primarily through the point-of-view of Nadia Lake, a 16-year-old girl who is promised to marry Nate Hayes, the heir to the Paxco Fortune. After a party, Nate is murdered, and Nadia is the last person to see him alive. The police suspect Nate’s "secret boyfriend,” Kurt; but Nadia and Nate's replica know that Kurt could not have murdered him. Nadia and the replica must find Nate’s murderer, soon.

Perhaps the most enthralling feature of this is the two main characters. Nate Hayes is the “Chairman Heir” of Paxco. His father is CEO of the corporation that owns the state, the corporation that owns replication technology. Nate likes to be shocking--he breaks social rules and niceties whenever he can, flirts shamelessly with all the young ladies, and lives a secret life. Nate is gay. Although homosexuality is accepted in the general population, the upper classes disapprove, and Nate has an entire hidden part of his life to help keep that side of his life secret from the world. And, once the whole world is convinced it is his secret boyfriend who has killed him, Nate's replica goes out of his way to prove this was not the case.

If Nate is a prince, then Nadia Lake is almost an archetypal princess. She’s being pushed into an arranged marriage with the "prince of the realm." Nadia has a general dislike of the other upper class girls her age, but is very concerned with how things appear. She has agreed to the marriage, even knowing about Nate’s homosexuality, to keep up appearances with her family. Nadia is generally just a shy, introverted character, a mild doormat. This is a story that is as much a tale of Nadia learning she has a backbone as it is of investigating Nate’s murder. She soon ceases to be a wallflower, and learns to stand up for herself, and her friends.

I was really afraid that the core romance of the book was going to be a cookie-cutter romance. She’d love him, he’d love her, and other cheesy romance story tropes. The complications of both Nate and Nadia’s situations make it more unique. Prince Charming is homosexual, and the two are more friends than lovers. There are potential love interests introduced for both Nate and Nadia, and I am curious to what direction the series will take in the future.

I feel like the book was just a little too short for my interest. While this is partially remedied in that it is the first of a book series, I feel that there was just so much of the world that was missing. Society seems  to have no middle class: either you’re wealthy or you live in the “Basement district” where crime happens. The historian in me would like to see and read more of how the corporations took over the states, and I’m curious about what the rest of the world looks like. What are some of the other corporations?

I like that the tale had a more complicated twist on a young adult romance novel. I read the story very quickly. I like that the female lead is starting from a weak position, that of a doormat, to one who is becoming pretty strong on her own.

If you're interested in trying out this book, you can buy it from Dragonmount's ebook store.