Fantasy Review: I Am Not a Serial Killer 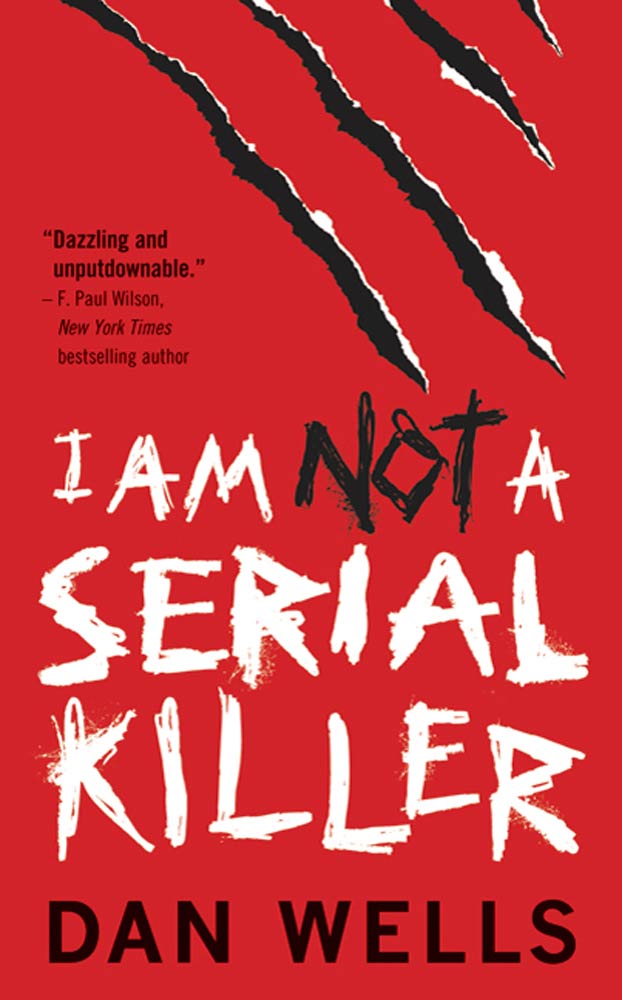 This edition of “Fantasy Review” is dedicated to Dan Wells’ I Am Not a Serial Killer--the first book in the John Cleaver series.  Technically not a fantasy, but it does fall nicely under the paranormal/horror heading, and I'm okay with that. For those of you who listen to the podcast Writing Excuses (which also features Brandon Sanderson, Mary Robinette Kowal, and Howard Tayler) you know that Dan Wells has a great sense of humor.  That's what makes this book such a switch.  While there is a lot of humor mixed into the story, on a whole, it’s very dark, and kind of disturbing.  Warning: slight spoilers might follow.

I Am Not a Serial Killer

John Wayne Cleaver is not your normal high school student.  He suffers from antisocial personality disorder, and has the three main traits shared by 95% of all serial killers: he wets his bed, he is a pyromaniac, and he is cruel to animals.  But knowing he has the makings of a serial killer inside him steers John down a strange path.  He puts rules in place to ensure he doesn’t kill anyone.  He doesn't want to be a serial killer.

When a real serial killer settles in his small town, John has to break a few of his rules in order to ensure the safety of his fellow humans.  Once John starts breaking the rules, it’s hard for him to stop.  He lets out the monster within him, and now there’s no putting it back inside.

This book was amazing.  It’s pacing kept me hooked continuously; there was never a moment when things slowed down.  The characters were also developed very well.  Though John suffers from antisocial personality disorder--and that makes him look at life, reality, humanity in a different way--he was still believable and real.  The relationship, or lack of one, that he has with his mother is common.  They acted like a typical family.  And the humor, spaced through the dark and bleak scenes, added depth to this story.  Dan Wells’ use of dark humor was incredible in the short story “I.E.Demon,” and that same grim hilarity is here as well.

As stated, John has a few issues.  This made him very hard to related to as he made decisions throughout the book.  There were times when I couldn’t believe he was doing what he was doing, or that his thinking didn't coincide with my own.  It distanced me from him, which is risky to do with your main character.  However, these also added to the believable aspects of the world and the story.  Even though I couldn’t get inside John’s head and understand his reasoning, I was fine accepting that someone would behave this way.

This story was also very gruesome.  There’s murder and gore, plus John’s mother is a mortician, so there’s extra dead bodies around.  Though the details aren’t terribly graphic, it’s definitely not for the squeamish.

This is an excellent start to the series, does a fantastic job of introducing a flawed main character, and gets things set up the next book.  The plot was enthralling, and the idiosyncrasies that made up John’s personality drew me in.  I can’t wait to read the second book, “Mr. Monster.”

If you’re interested in picking up a copy of I Am Not a Serial Killer, you can get it here at the Dragonmount eBook store.