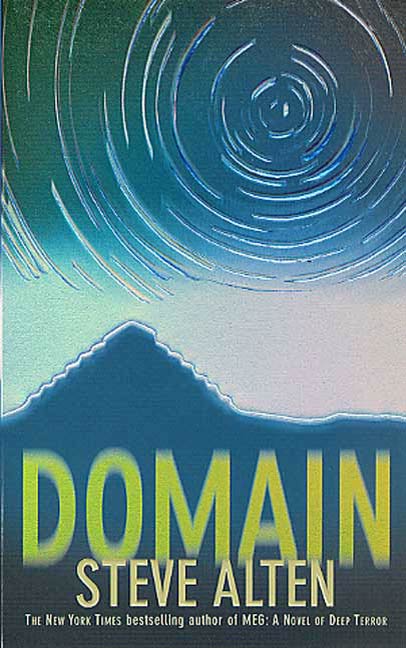 Welcome to another edition of Fantasy Review. This review might contain a few spoilers.

The story is based on the Mayan prophecy that the world would end in 2012.

Dominique Vasquez is a psychologist transferred to the case of Michael Gabriel. Her superiors think she is new and easily manipulated and would help in their motive of keeping in their care. But Michael Gabriel spent years with his father, Julius Gabriel, researching about the end of the world. He is convinced that the world would end unless he does something. But he is kept under psychologists so he cannot escape. He sees hope in Dominique as she believes he can get well and works to get him out of that institution but even she does not believe his talk about the world's end.

But things take a turn when mysterious things start happening. Things hidden for thousands of years awaken and wreck havoc. Dominique can believe Michael and try to get him out while being chased by people in powerful positions.

This book is followed by Resurrection and Phobos.

This book provides an interesting look at 2012. This book was first published in 2001 and it's interesting to see in which areas we have developed and in which we have not.

I have had experience with some other fiction on the Mayan prophecy of the world's end and to be honest I find this to be the best among them.

The facts are quite thoroughly researched. If you have ever heard about ancient alien conspiracy theories, you might get the references.

If you keep up with the series, the timeline gets difficult to follow. By Phobos, there has been so much of past-present-future-past-future that you start losing sense of what is happening when.

For only this book (not taking into account the rest of the books in the series), I will give it a rating of 4/5.

If you are interested in reading this book, you can buy it here from Dragonmount's eBook store.