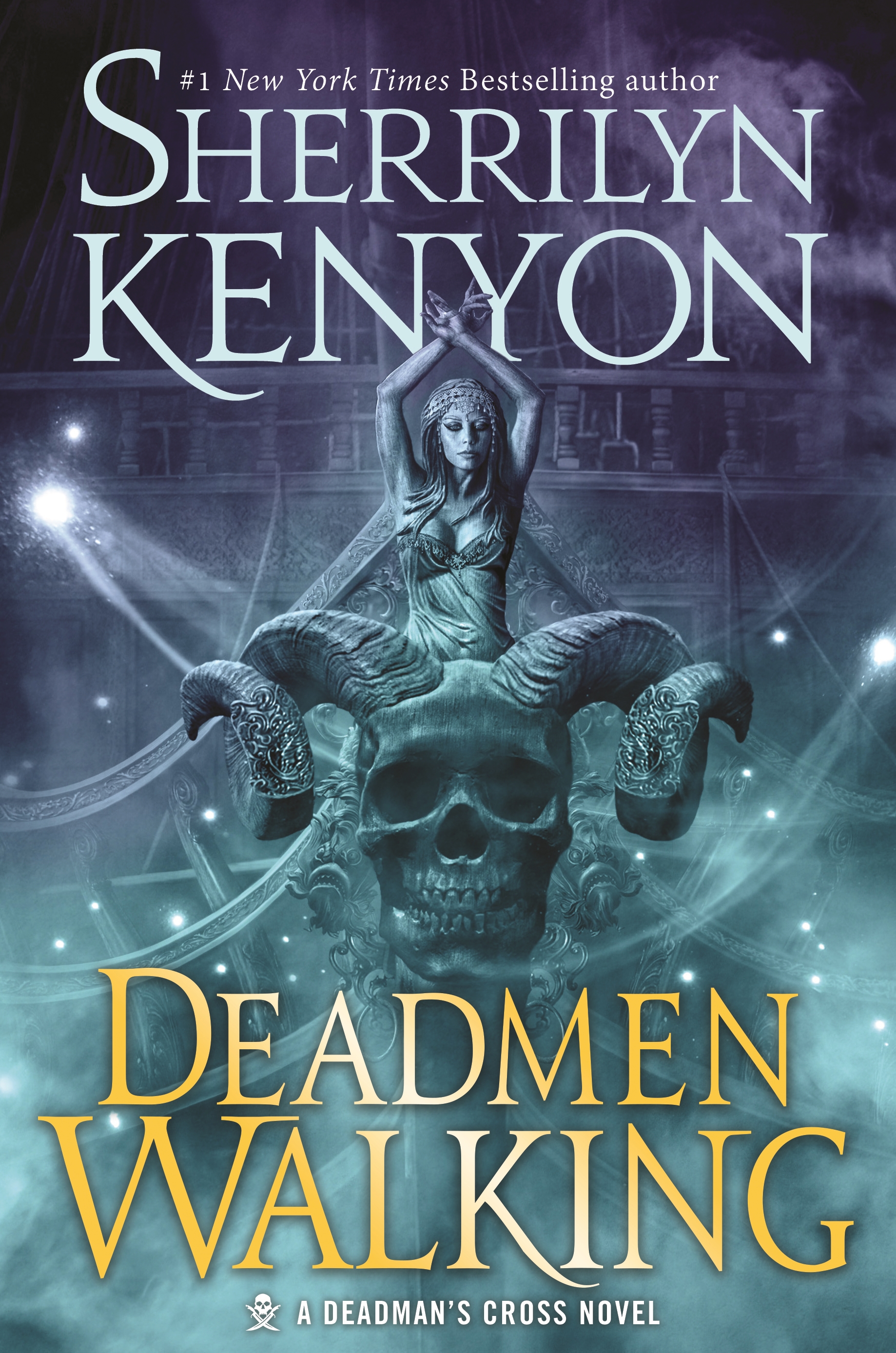 This month’s “Fantasy Review” is Deadmen Walking, by Sherrilyn Kenyon. A swashbuckler tale, with a hefty dose of romance and comedy, this book was a lot different than I expected.  Slight spoilers below.

Cameron Jack’s brother was killed when his ship sank off the shore of Cape Canaveral, Florida. However, she received a letter—and a trinket—from him dated weeks after he was supposedly dead.  Taking the advice of a witch, Cameron seeks out Devyl Bane, feared captain of a crew of Deadmen—souls damned and freed from hell to fight evil in the human realm.  Cameron’s brother is being held by an evil Vanir, who also happens to be Devyl Bane’s ex-wife—their marriage ended when she cut out his heart centuries ago.

Cameron and Captain Bane, along with a hodge-podge crew of murderers and scoundrels, seek to find a way to free Cameron’s brother from the hands of his captors.  The Jack family, being descendants of Michael—the Archangel—allows their blood is able to open the gates of hell and release all the demons lurking within.

This story is stuffed full with every sort of mythology. Mermen. Seraph and fallen angels. A servant of the Greek gods. Vanir and Aesir.  Jinn-like men who keep their souls in whisky bottles.  Ghede Nibo, the leader of dead spirits.  Dragons and sea monsters.  And more.  The world Kenyon inhabits is vibrant with its characters and its settings. A history buff would better understand all the underlying relationships and oppositions of these sometimes-warring, sometimes-allied peoples, but even without such knowledge, it’s still easy enough to follow.

The plot is thick, and though a bit predictable at times, the pace is quick and engaging.  The characters—and the story boasts many of them—are complex, unique, and interesting.  Each of the Deadmen come with tragic backstories which explains their motives for wanting redemption.

The romance was the most surprising aspect of the tale. Without going into too much detail, I expected Cameron to be the object of the captain’s affection—with her innocence and part-Seraph heritage to provide the nice contrast to Bane’s brooding, damned soul.  But, the two are not fated to be together, and the romance that blooms instead is a lot more fulfilling.

As a personal preference, I don’t particularly care to read third-person omniscient.  It’s very difficult to do correctly.  Some authors have succeeded (see Frank Herbert’s Dune for an excellent example) but most I try to read in this format fail utterly.  Kenyon pulls it off pretty well, but it’s still not my favorite style.

Not necessarily a con, but something that was contrary to my expectations, was the lack of grittiness.  Thinking this a tale of pirates, demons breaking free from hell, and a ship full of sinners, I thought it would be a bit rougher.  The voice Kenyon used was almost poetic, which was a contrast to the theme of death and damnation.

This story was fascinating, full of fleshed out characters, detailed settings, engaging mythology, and a beautiful romance.  Though not my typical read, I still enjoyed this.  The plot didn’t offer much in the way of new material, but the characters were endearing enough I would have loved to read about them sitting around to eat dinner.  Their banter was charming and so natural, and their friendships were touching and sweet.  This book was a lot of fun and definitely worth a read.

If you’re interested in a copy of this eBook, check out Dragonmount’s DRM-free eBook store!