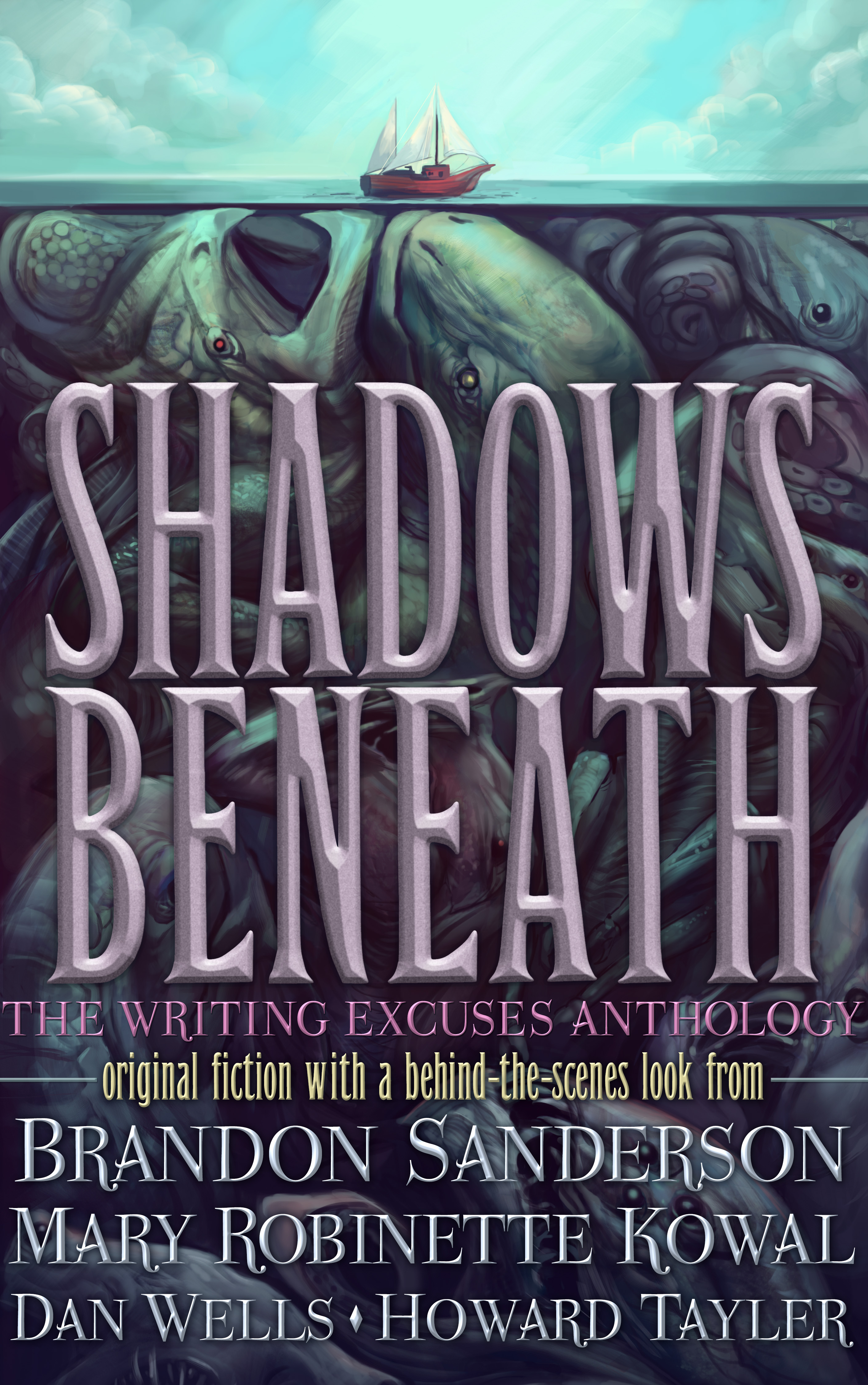 Welcome back to another special edition of Dragonmount's Fantasy Review—looking at the Writing Excuses podcast's anthology Shadows Beneath!  We've looked at Mary Robinette Kowal's "A Fire in the Heavens" and Dan Wells' "I.E.Demon."  Today's will be Howard Tayler's "An Honest Death."

Synopsis:
Cole is the leader of a security team, working for Mr. Wollreich, the CEO of a major pharmaceutical company.  One day, Mr. Wollreich presses the panic button, springing Cole and his associates into action.  Once in the boss' office, though, there's no panic--besides Wollreich looking upset and disturbed.  But, when Cole gets him alone, the boss confesses: Death had visited his office.

Pros:
Howard is the cartoonist on Writing Excuses, which is a very different medium used for storytelling.  All the same key elements are there--plot, characters, setting--but the execution is not the same.  They've had that discussion on the podcast before.  So, seeing a novelette written by a cartoonist is something special, indeed.

Naturally, his strong point is dialogue.  He's had years to perfect that.  But I was also surprised at how brisk the pace of the story was.  His words were to the point and focused, making it a breeze to read.  No wasted motion.  Just what was needed.

Howard also did a spectacular job of making Cole authentic.  Cole knew his equipment; he knew his team.  He was a true professional.  The technology he used, and the skill needed to implement it, was impressive.  I would read more about this character without hesitation.

Cons:
Though I didn't see it as a con, the story was written in present tense--which isn't too common in genre fiction.  This could be a turn-off for some readers who aren't use to this format.  However, this style helped with the rapid pace of the story; reading sentences as they are happening gives the action a more emphasized role.   I thought it was refreshing, not a hindrance.

Conclusion:
This story had all the characteristics of an enjoyable tale.  The characters were realistic, the plot line fascinating, the conclusion thought-provoking.  For being one of the first few "stories" he's written, it's very impressive.  I'm looking forward to more by him.

If you'd like to listen to the Writing Excuses podcasts for the episodes dealing with this story, the links are listed below.

And, of course, you can purchase Shadows Beneath from Dragonmount's eBook store, here.  Next week's story will be Brandon Sanderson's "Sixth of the Dusk."