Fantasy review of the novel "Dynamicist," by Lee Hunt--a story of a young man who learns how to use dynamics, a branch of magic based on science and math, to battle the ancient deity Nimrheal who kills innovators. 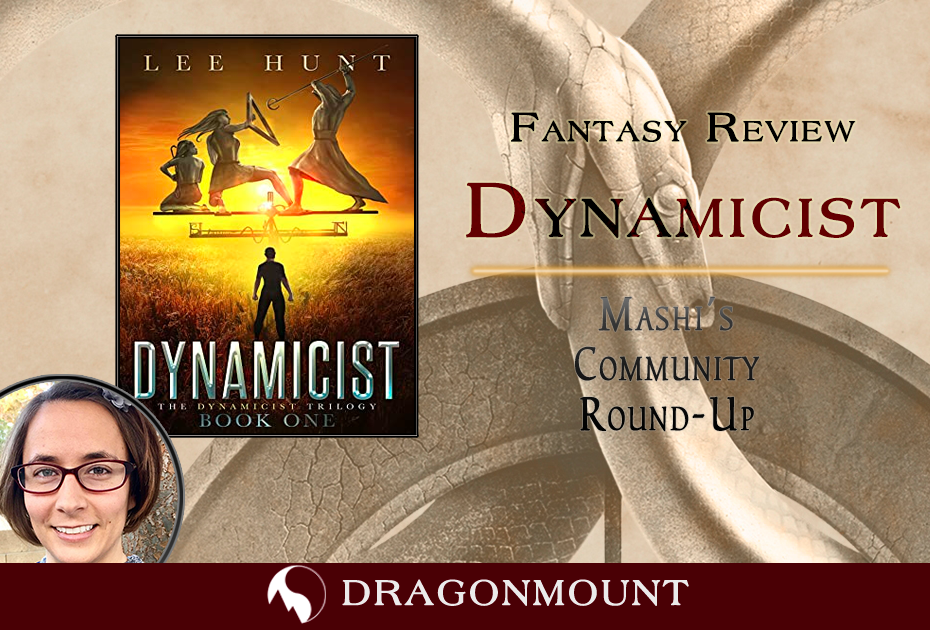 In this story, Robert Endicott comes from a family gifted with heraldry—a sort of foretelling for people, places, and things.  This innate ability gets him noticed as a possible student for the Duchess’s New School, a program that teaches dynamics, a form of magic that derives from shifting probability and the physics of thermodynamics.

As Endicott and his classmates get further into their training, they learn that the New School’s not as safe as they thought.  The previous year’s trainees suffered fatalities in their studies and the courses this year aim to keep the students from the same mistakes.

To make matters worse, rumors of Nimrheal—a mythical figure who outlawed innovation and is credited with killing mathematicians and inventors in the past—begin to circulate and riots break out in his name.  The real threat of mishandling the magic and the perceived threat of Nimrheal push Endicott down a road he never intended to take.

Some reviews of Lee Hunt’s Dynamicist claim that mathematics is just as important as magic within the world of this trilogy.  This idea was so intriguing, and as a math teacher, I knew I had to read this book.  While Dynamicist only scratches the surface of this magic system, there is the promise of more to come as the series continues.  This view of magic is unique and I enjoyed the tie in to math and science.

Endicott is a likeable hero.  He struggles to learn the needed academic skills and form bonds with his new classmates.  Raised on a farm, Endicott is naïve about the city and his interactions with others.  Because of his humble upbringing, he approaches these relationships and situations with an honest sincerity that’s refreshing.  He wants to discuss poetry and his emotions.  He constantly analyses himself.  He realizes he has a weakness for protecting others, and this love drives his character forward.

This book was an enjoyable read and a great introduction to a new world and a new magic system. I’m very excited to finish the trilogy and see how fleshed out the math magic can get!

The second book in the series, Herald, was released on audiobook earlier this month!  I listened to the audiobook for Dynamicist and recommend it.  The narration by Craig A. Hart is well done.  His emotions come through for each character.

To read more on Lee Hunt and the rest of the Dynamicist trilogy, you can visit his website.