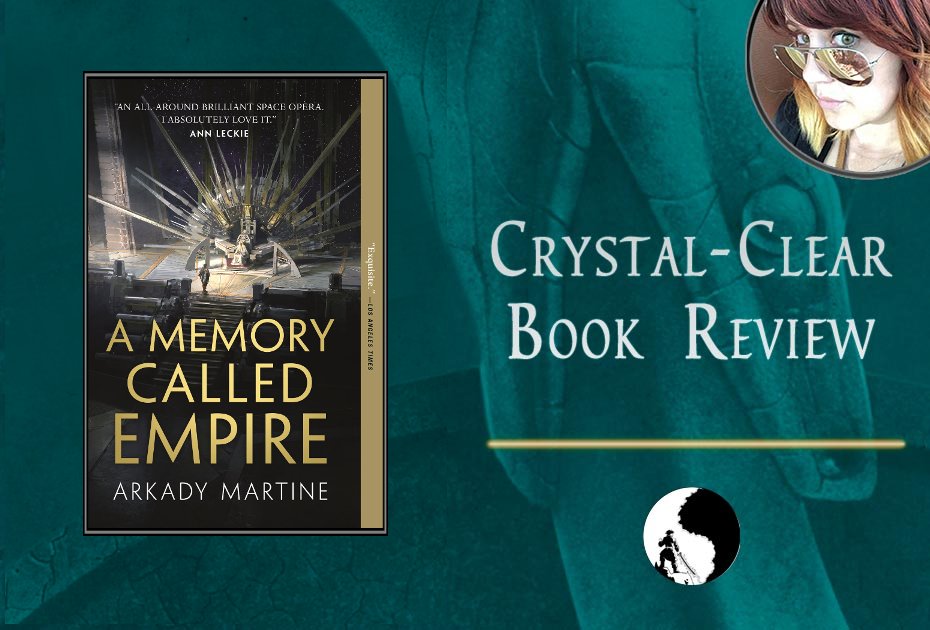 Some of my first and fondest memories as a child are of hiding in my closet with a camp light so that I could read, undisturbed, for the entire day. I devoured all forms of fiction, with the exception of one.... Science Fiction. Over the years I have given several Sci-Fi novels a chance, but none managed to hold my interest till the end. When I was presented with A Memory Called Empire to review, I knew that for the first time that streak was going to come to an end. What surprised me was how thoroughly I enjoyed this science fiction novel.

We are launched into a world where small, planet-less stations do what they can to remain just outside of the control of the Empire, Teixcalaan. A young Ambassador, Mahit Dzmare, is being sent from Lsel Station to Teixcalaan to replace her recently deceased predecessor. She is equal parts trepidation and excitement; with all the vigor of someone young and eager to prove themselves. Mahit very quickly finds herself utterly alone and unsure who she can trust among the stoic and expressionless Teixcalaanlitzlim. The entire novel takes place in the span of days, not months or years, which means that it moves along at a lightning pace. Many of the choices Mahit is forced to make are born out of urgent necessity. She is forced to think on her feet and move with profound purpose.

Arkady Martines’ debut novel is a fantastic blend of political intrigue and personal ambition. I found myself repeatedly impressed with the depth of detail she created surrounding both culture and political conspiracy. At times the poetic nature of the language takes a second reading, and the intense vocabulary requires careful concentration. I am happily shocked to report that I am anxiously awaiting the next novel in this series. The story is beautifully designed to pull you into the Lsel Ambassador’s psyche and leave you aching to know of her future.

A Memory Called Empire by Arkady Martine is available from Dragonmount's store as a DRM-free ebook. You can also purchase it on Barnes and Nobel,  Amazon, and your local independent bookseller.