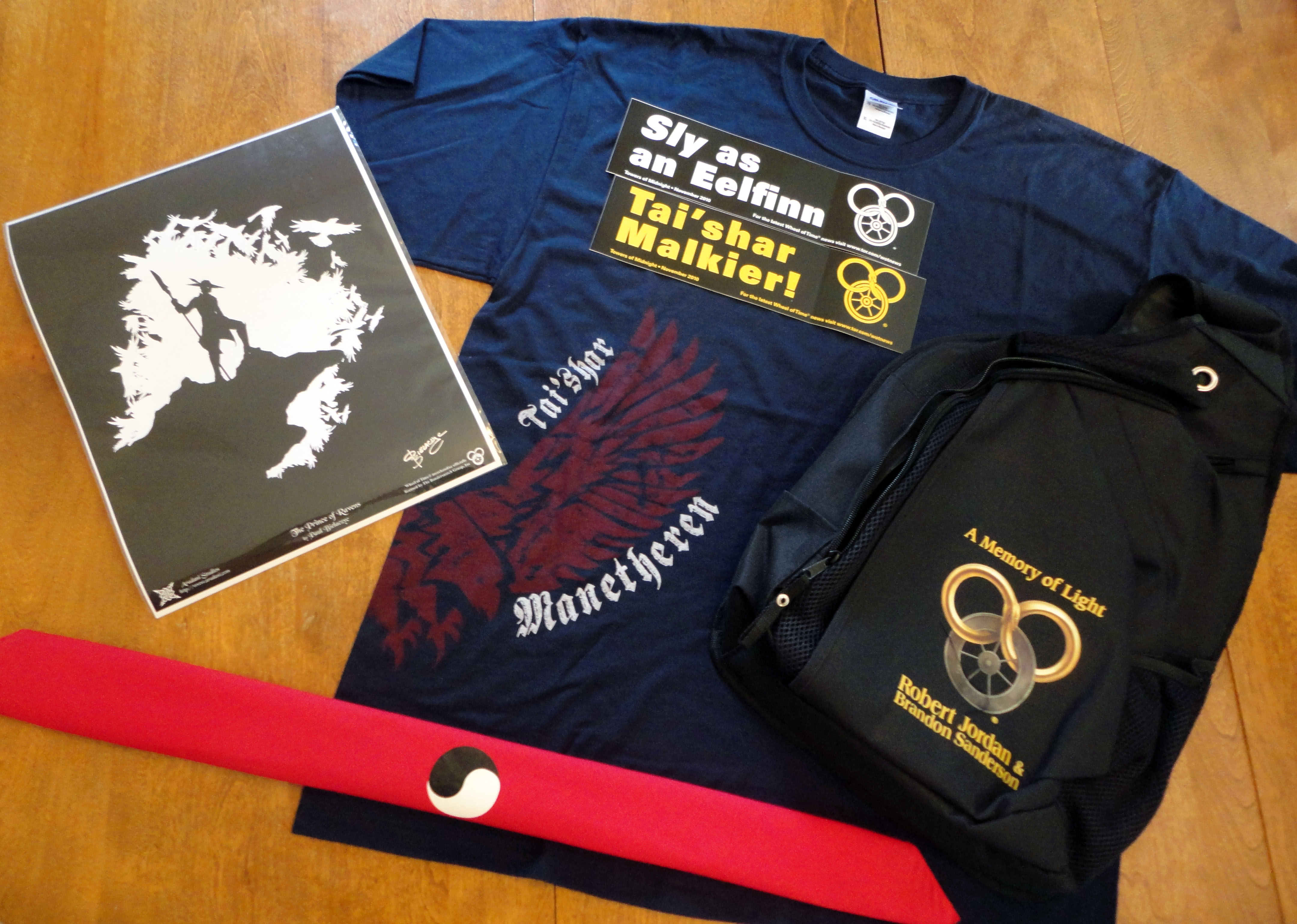 Our friends at Ta'veren Tees have unveiled a creative new campaign and a new Mat shirt!  Check out this awesome press release:

Before he ever penned The Wheel of Time®, Jim Rigney (known to fans as Robert Jordan), was a soldier in the U.S. Army and fought in the Vietnam War – an experience that profoundly affected his life and the epic series he would create.

In honor of Memorial Day, Jim Rigney, and soldiers past and present, Ta’veren Tees is proud to announce the first ever “Sons & Daughters of Battles Campaign.” During the week of May 28, 2012, we will be sending Wheel of Time-themed packages to 10 U.S. soldiers currently serving overseas or preparing to leave their families to serve. Each soldier will receive: 1 Ta’veren Tee-shirt; 1 Siswai’aman Bandanna; 1 officially licensed piece of WoT art donated by Ta’veren Tees guest artists, including Paul Bielaczyc and Ariel Burgess; and 1 “A Memory of Light” messenger bag and bumper stickers, which were provided by Tor.com to JordanCon, and generously donated to Ta’veren Tees.

We reached out to fans via Facebook and Twitter to send the names of WoTfans serving in the military, and from there we narrowed the field to 10 soldiers away from home, or soon to leave, who might appreciate a small token of thanks – and some Wheel of Time® swag.

In addition to “Sons and Daughters of Battles”, we are extremely pleased to announce the release of a new shirt based on the Son of Battles himself, Mat Cauthon. “Mat Cauthon by Seamas” is the second tee created by Wheel of Time® comic book artist Seamas Gallagher. The shirt will be available for pre-order starting May 25 at https://www.taverentees.com/matbyseamas and will ship by July 1.

As with the “Robert Jordan’s ‘Wheel of Time’” tee pre-orders last year, 10% of proceeds from the pre-order sales through June 8 will be donated to the Wounded Warrior Project, which enlists the public’s aid for the needs of injured service members.

The tee shirt is based on Seamas’s image of everyone’s favorite gambler, and features the dice chapter icon on gray, as well as the snake and wheel icon on the left sleeve. The back features the verse of “Jak o’ the Shadows” altered by The Band of the Red Hand to include Mat’s name. The shirt is 100% cotton and available up to size 5XL.