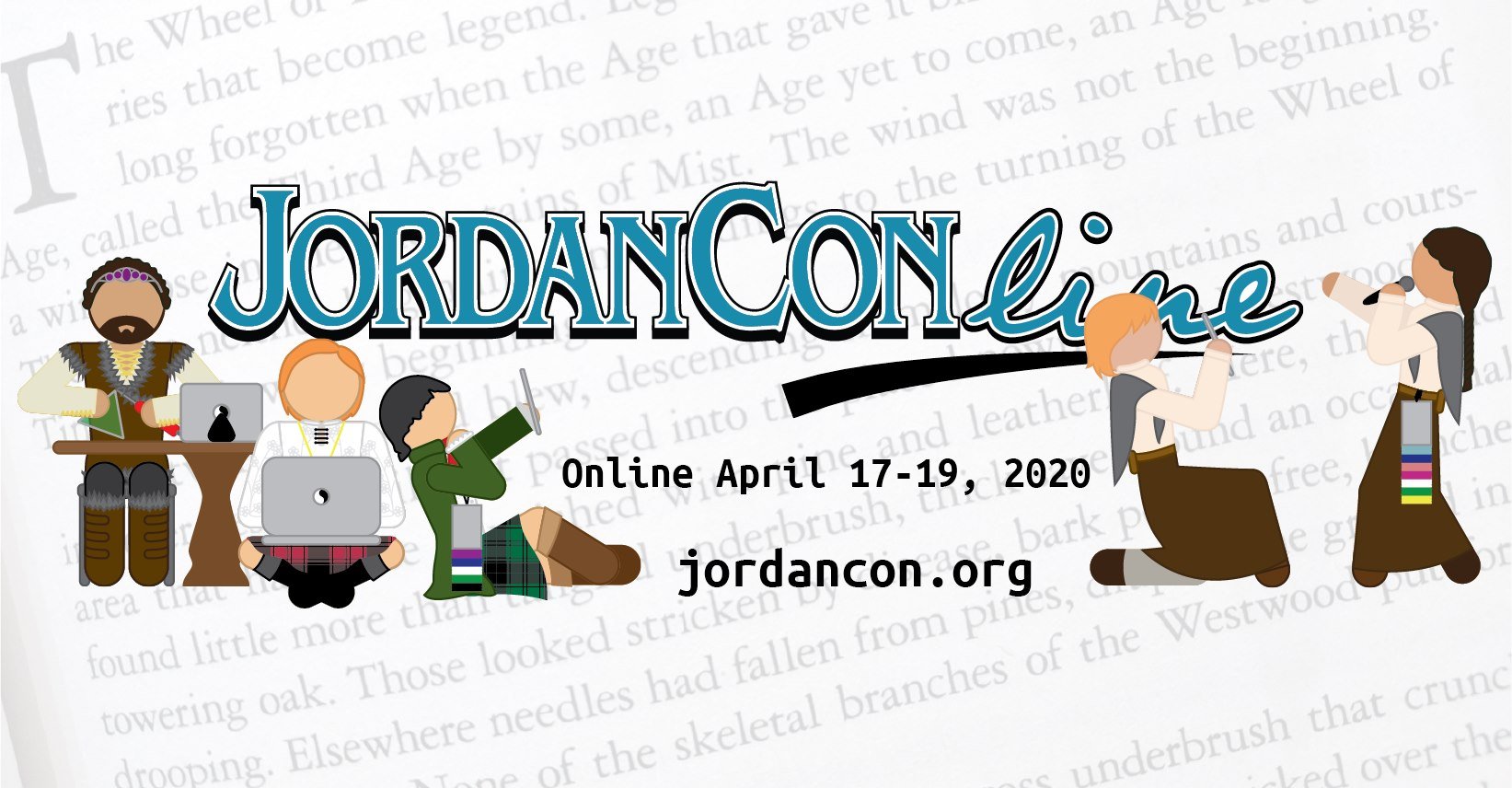 Though the annual JordanCon was canceled in the physical realm, they’re taking the party to a mystical place similar to tel’aran’rhiod… the internet.  More specifically, JordanCon’s website, their Discord server, and other meeting apps like Zoom.

Thursday night will have a JordanCon countdown.  Join the Discord server and party till the party starts!

Friday’s events start with the “Kilts and Crowns Kickoff on our Social Media.”  This event can be accessed several places, including JordanCon’s website, their Facebook group, Twitter, and Instagram.  Don’t say they’re not giving you options.  There will also be a “Dragonsteel Kickstarter” where Brandon Sanderson and Dragonsteel will reveal their latest project.  There will also be livestreams with artists Ariel Burgess and Paul Bielaczyc—Ariel’s will be demonstrating digital painting techniques, while Paul’s will host other artists for a game of Drawful.

As usual, Saturday is the day for cosplay!  Follow or post your own pictures on all of JordanCon’s social media accounts.  Jennifer Liang and Adam Whitehead, along with other panelists, will discuss “WoT on Prime,” delving into all we know about the show and other things we can guess.  No Texas Hold-em Tournament this year, but JordanCon is still raising money of the Mayo Clinic—this year’s game of choice will be “Celebrity DnD.”  And no JordanCon is complete without the Saturday dance party!  You’ll need to head to Zoom to see the dancing and Discord to hear the music.

Sunday concludes the convention with “Fantasy Debate,” where the panelists will discuss Wheel of Time versus fantasy elements.  And finally, Jenn and Jimmy Liang will end the event with the JordanCon Awards.

Though we can’t be together all in one place, at least we’ll be able to spend digital time with people we love and discuss the series that brought us all together.

Keep up-to-date with the details by following JordanCon on social media, or check out their website!