In preparation for JordanCon 10 (April 20th through 22nd), I've got five amazing guest authors to highlight!  Here's the first, Tom Fallwell, author of the Rangers of Laerean series! 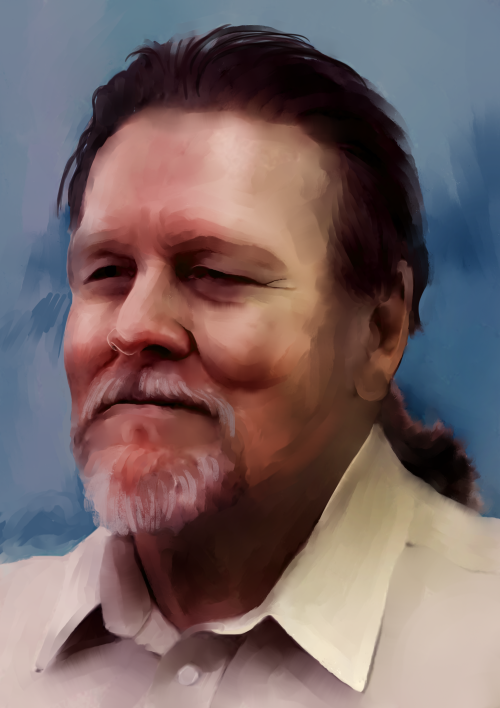 JordanCon is only a few weeks away.  The convention, dedicated to Robert Jordan and The Wheel of Time series, takes place April 20th through the 22nd in Atlanta, Georgia.  There are many new guest authors who will be visiting the convention for the very first time.  I wanted to introduce a few of them before we get to see them in person.  Today’s author is Tom Fallwell, an indie sci-fi/fantasy writer who gets his inspiration from decades of playing Dungeons and Dragons.

Q: Welcome, Tom.  Can you elaborate on how roleplaying games fueled your love of storytelling?

Hello and thanks. Yes, as a Dungeon Master playing D&D, I spent many hours creating adventures to take the players through. Early on, I learned that all I really needed was a basic plot, and the rest would be inspired according to how the players reacted to my descriptions and surprises. So, I learned to adlib to make the game more exciting. I loved being a DM for the players.

That ability is the essential part of how I write. I come up with a general idea or plot, then start writing, and it is how the story develops that inspires me. For instance, when I wrote A Whisper in the Shadows, the first book in my Rangers of Laerean trilogy, I was not anticipating the story to continue. Yet, when I wrote the ending for that book, I realized I was not finished, and over the course of the next two books, an entire mythos for the world I had created, Hir, evolved.

Q: For influences in your writing you’ve listed several amazing authors, such as J.R.R. Tolkien, Robert Heinlein, and Isaac Asimov.  But who would you consider your favorite contemporary sci-fi/fantasy author?

Well, I’ve read so many that I truly enjoyed, but my reading for the past few years has been almost exclusively Indie Authors. In fact, I just finished reading a story by another guest coming to the con, Aaron-Michael Hall, and her new book, Kurintor Nyusi, has blown me away. I would have to say, as of right now, she is my favorite author. She is extremely talented and inspires me in many ways. There are so many authors, past and present, to love though. It is always difficult to choose one to be a favorite, at least, long term.

Q: Your trilogy—Rangers of Laerean—is set in the world of Hir, where a cataclysmic event caused the near destruction of the inhabitants.  How does this detailed history help shape the modern world and the role your characters take in defending the people?

Interesting question. I did sit down and create the world and a bit of history, before I ever started writing a story. I wanted a world with a rich history and lore, as it furnished me with inspiration for what I’m writing. You see, I’m almost a total panster. I do some plotting and planning, but very little, and I usually begin writing with nothing more than an opening scene in my head. I believe the character come so alive in my imagination, that they tell me the story to write. Having a world full of history and fantastic lore provides the fuel for my imagination to help bring the characters alive on the pages, as well as in my head.

Why the Rangers? Simply because my first love in fantasy is heroic-fantasy. The Rangers was inspired by my love of heroes, even tragic and not so goody ones. Heroes like Conan, Elric of Melniboné, Aragorn from Lord of the Rings, Paul Muad’Dib from Dune, and on and on. Heroes that suffered much, yet never gave up. That is what Baric, in the Rangers of Laerean, is to me. A steadfast hero.

Q: Can you share any details about your current writing project?

I’m currently working on two projects, and I’m hoping one will be coming out very soon. I’ve been co-authoring a story with Aaron-Michael Hall, entitled Tamesa. It’s a bit of a love story in a world that has been torn apart by men’s greed and lust for power. The world is different, as it could be described as a continent resting in a sea of vapors called the Mists of Entropy, which play a vital role in the story. Tamesa has never seen ships or seas. But the continent has been split in two by a fearsome disaster in the past, divided into the western kingdom of Mogaryn, ruled by the tyrant, and the eastern kingdom of Dahomey, ruled by a more benevolent ruler.

The main characters are opposites, it would seem at first. Tinshu is a young man struggling to live in Mogaryn, forced to steal and sometimes even kill just to survive. A’rehn, the woman he falls in love with, is from the other side of the great abysm that separates their worlds, and to him, her world is a paradise. She is well-educated and raised in a loving family, though it is far more complex that just that. The story involves them finding each other, and how they are destined to be involved in the one thing that can save their world from the evil in the west.

I’m also writing a science-fiction novel (my first) entitled Heart of the Valkyrie. The Valkyrie is an ancient spaceship that has biological components, and the crew are the main stars, one of which is a teenage girl with powerful psychic abilities. They find themselves on the run from a ruthless Empire in a desperate race to find the lost planet of mankind’s origins, Earth. I guess you would say it is a space opera, and it will be out later this year. I do have other sci-fi stories in mind as well, for the future. I’ve always loved fantasy and science-fiction, and everything in between.

Q: Are there aspects of writing you enjoy more than others?  Dialogue over description?  Characters over setting?

Characters. I’d have to say characters. I think any truly good story requires characters that the readers can identify with, get emotionally involved with, and care about. I call characters the essentia of a good novel. Without characters, it’s just another scenic landscape. Characters are what makes a story evolve and grow into a tale the reader will remember. To that end, dialogue is very important, and it must feel real. Not cliched or filled with tropes. I don’t want my character’s dialogue to sound like the old soap operas on TV. I want them to feel real.

Q: As an indie writer, what challenges do you face when publishing your works?  What do you find easy or appealing about this avenue?

As for the challenge, it is getting noticed. If you don’t have tons of cash laying around to spend on high quality advertising, like in magazines, or even radio and TV, then it’s very difficult. That is why I decided I need to go to JordanCon, and I’m very much hoping I get to meet a lot of readers.

What is easy and appealing about Indie Publishing, for me, is I don’t have to please some agent or publisher and compete with the thousands of manuscripts they likely see all the time. There are expenses, to be sure; cover art, editing, and so on. But when it comes to putting it out there, that part is easy. The thing is, whether my books are sold or not, I am still enjoying writing them, and if not read today, someone will read them the next day, or the next. I am completely happy being able to share them with others. Of course, becoming a best seller certainly would not be something I’d turn down, but until and when that happens, if ever, I’m having a lot of fun writing my stories.

Q: This is your first JordanCon.  What are you looking forward to about this convention?

Meeting people. Readers, artists, organizers, you name it. I’m very excited and looking forward to a lot of fun and some great conversations. Being able to talk to people who might be reading my books, hearing from those that have read them, and meeting new and interesting people.

Q: Are you able to give us a sneak peak to which panels you’ll be on?

I will be on one about Great Fight Scenes (I do love writing fight scenes), and one about Urban Fantasy. I haven’t yet written an urban story, though I do have some I’ve made a lot of notes on. I have many story ideas, so don’t plan to run out of ideas for a long time yet.

Q: Is there anything else you’d like readers to know about you or your works?

Well, I guess I would like them to know how much I’ve loved writing them. Being an ex-programmer, I can be a bit picky about things, so I really put a lot of effort into making my stories something readers can enjoy. I don’t try to write a lot and hope some are good. I try to make every book I write as good a story as it can be. I care about what I write.

Q: Thanks so much for taking the time to talk to us!  I’m looking forward to seeing you in just a few weeks!

Thank you, and the same goes for me. See you all at the con!