Another Write-A-Thon with Brandon Sanderson 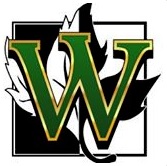 Due to the success of the first Write-a-thon with Brandon Sanderson, Waygate Foundation is hosting a second event, live at JordanCon!

During Part 1 of the Sanderson Write-a-thon which aired January 17, Brandon explained his writing process to viewers as he developed characters and began writing a new short story. Viewers got a chance to see Brandon do his magic while participating in the process and helping to shape the story. We raised $1,390 during the event, with proceeds going to Worldbuilders.

And now we're doing it again!

The story's not done - now's your chance to get involved and help determine what happens next. Join us online via Justin.tv or in person at JordanCon on Friday, April 11th to participate. The live event starts at 8:30 PM Eastern Daylight Time and will run for 2-3 hours.

Missed the first broadcast? Check out a recording on YouTube, and see below to read the first part of the story.